A group of mothers whose children attend Ohio State University are speaking out after a mother was shot on campus over the weekend. 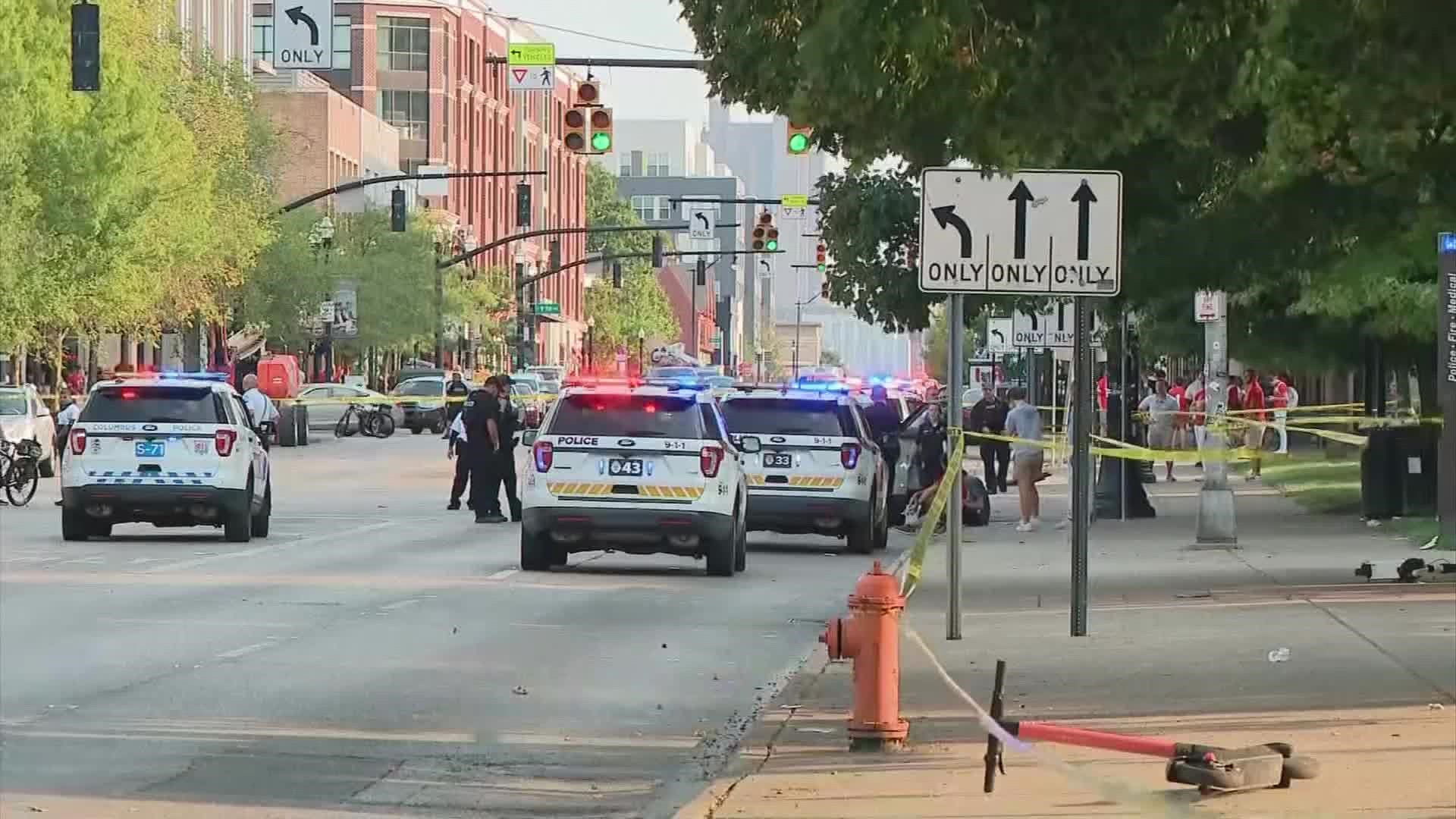 COLUMBUS, Ohio — Ohio State University police say they are still looking for two people after a shooting on campus this weekend.

The mother of an Ohio State student was shot in the leg and is recovering.

And as a mother, the worry for your student is endless. Add on top of that, hundreds of miles separate her and her child. Then, add an alert of a shooting at her kids' college campus.

"It was still daylight. Police, people everywhere and for that to happen this goes beyond of what we've even been afraid of,” said Kendrick.

All of them live in different states but share one common thing."62,000 children attend the Ohio State and four of them happen to be ours,” said Hendrick.

They said they got the Buckeye Alert of the shooting that happened on campus this past weekend.

"I was actually at the game in Columbus visiting my son for the weekend and we are becoming so accustomed to getting these alerts,” Reid said.

"This first thing is, is your kid OK and then once you know your kid's OK then you go to anger,” said Hendrick.

The four were brought together because of safety concerns for their children.

They are a part of the Facebook group Buckeyes for a Safe Ohio State. It was created after Ohio State student Chase Mealo was killed last October.

His death prompted the University to create a Safety Task Force aimed at improving safety on and around campus.

The state has also given schools, including Ohio State, money to upgrade security systems.

But what will give the four mothers comfort, is knowing nothing will happen to their kids.