Protesters are demanding for Columbus City Schools to cut all ties with the Columbus Division of Police, unless there is an emergency. 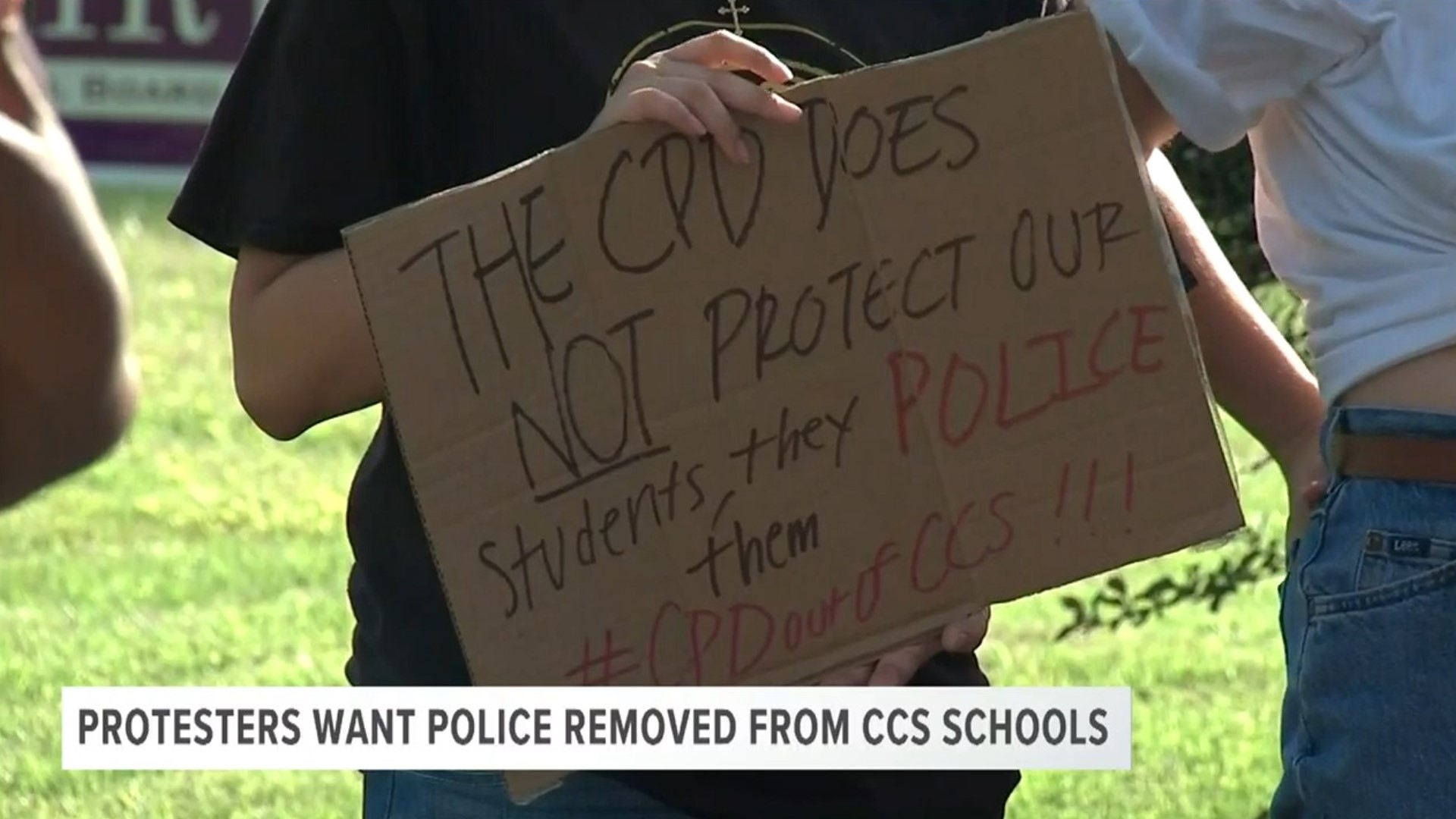 One group sent a letter to Columbus City Schools demanding the district cut all ties with the Columbus Police department. They protested outside CCS board president Jennifer Adair's home tonight.

“I brought it to the board president's house because I think it's important for them to hear us. We could have protested at the board of education. If I protest at your house, you are going to hear me,” said organizer Kanyinsola Oye.

Protesters are demanding CCS cut all ties with Columbus Police, unless there is an emergency.

“I can only imagine the terror going back to school and seeing these same officers that hit them with wooden pellets. It doesn't make sense we are leaving kids in a situation where they will have increase amount of trauma and so many other issues they have to face,” Oye explained.

Adair put a sign on her garage for the protesters, and she and two other board members stood by and watched.

“Personally I don't think anybody enjoys a protest in front of their house, but I definitely understand and they have every right to peacefully protest,” Adair said.

She adds, they will listen.

“In light of what is going on in our community, I think it warrants serious discussion. I think that is what our board is committed to do,” Adair said.

“Are just multiple voices at the table to consider. There might be groups out there that want to see police officers in schools,” said board member Michael Cole.

While this group passionately calls for no more police in schools, the founder of the Starfish Assignment is begging board members to seriously consider the good officers do in schools; like the books and badges program where officers read to students and then the kids get the books, and the shop with a cop program.

“I feel that sometimes people don't know the good that the police do. The bad is what gets the play. I don't think they realize the full enormity of the impact of that decision,” said Nicole Banks.

In a statement, Columbus Police Chief Thomas Quinlan said, "We do not use wooden bullets, pepper spray and tear gas on students sitting in classrooms. They have nothing to fear, but we do not want to impose on the schools if we are not welcome. Columbus Police priority wherever and whenever is safety first, that includes the safety of students and staff.”

School members say they will talk about this issue at their next meeting next week.