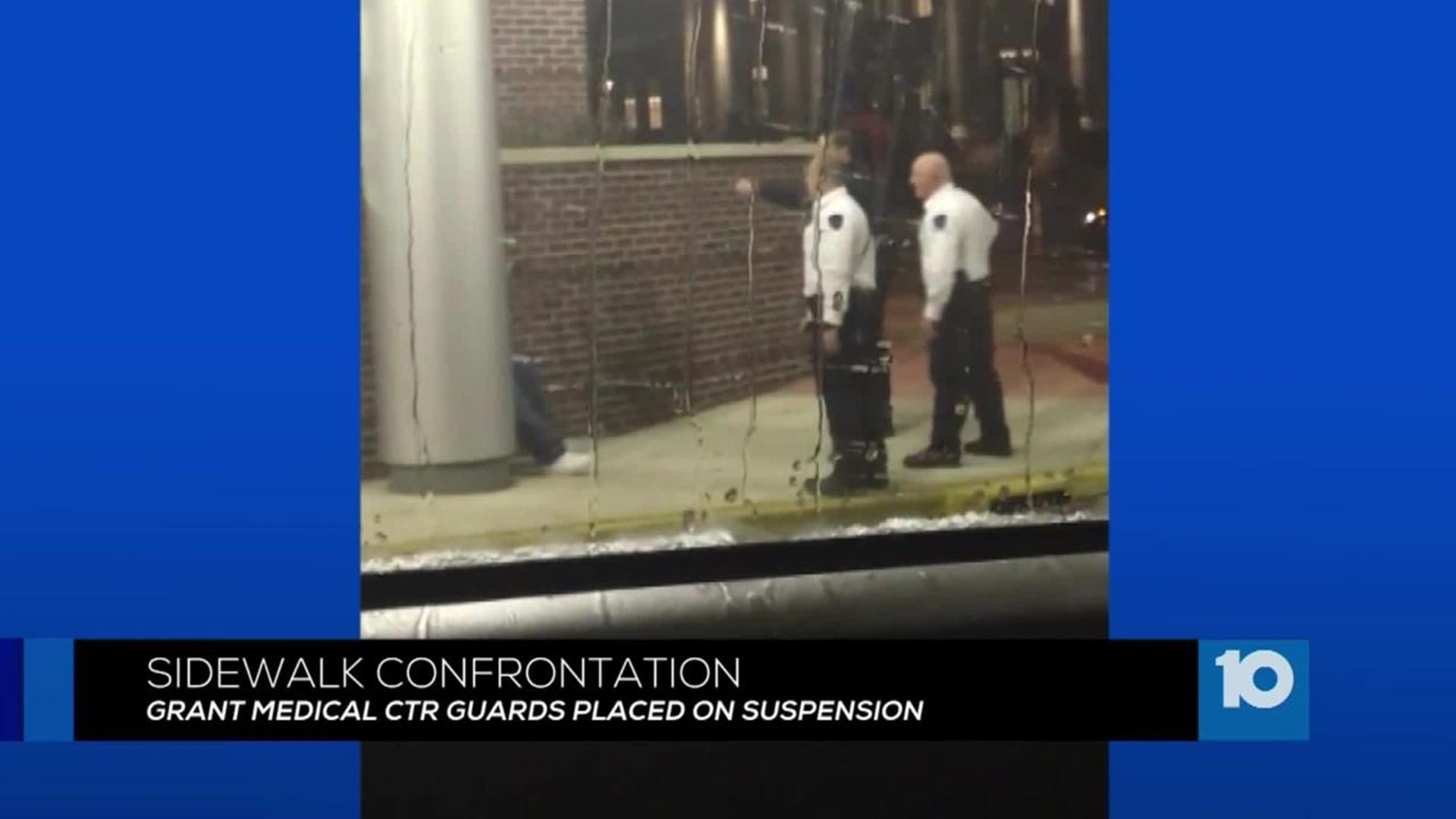 Grant Medical Center said three security guards have been placed on a "fact finding suspension" after a confrontation was caught on camera.

It's not clear what happened in the minutes leading up to the confrontation, but a woman who recorded it told 10TV she watched 38-year-old Shelton Adams leave the hospital. She said the guards weren't far behind.

"And then he turned around and was like, ‘why are you following me?’" said Mellena Jackson.

The cell phone video failed to capture audio, but the camera is rolling when Adams takes a step towards the guards. One guard responds by shoving Adams back.

"I was shocked that they pushed him. He was standing there. He was saying leave me alone," said Jackson.

Adams appears to regain his footing, then falls backward before one of the guards snaps open his baton. The video appears to show Adams flicking his cigarette at the guards just before he's blasted with pepper spray.

A guard levels one strike with the baton before Adams is brought down and handcuffed.

Jackson said she stopped rolling when her 6-year-old son walked outside.

Grant Medical Center said the three guards involved in the confrontation have been placed on a suspension and said it's "taking the situation seriously."

You can read the complete statement from Grant Medical Center below.

"We are aware of the incident that happened at OhioHealth Grant Medical Center last night and began investigating the matter immediately. The three security officers involved have been placed on a fact-finding suspension until the investigation is complete. When a situation like this occurs we take it very seriously. We anticipate providing more information about the investigation later today."