Heartland High School, a recovery school for teens battling addiction, will have an official ribbon-cutting ceremony. 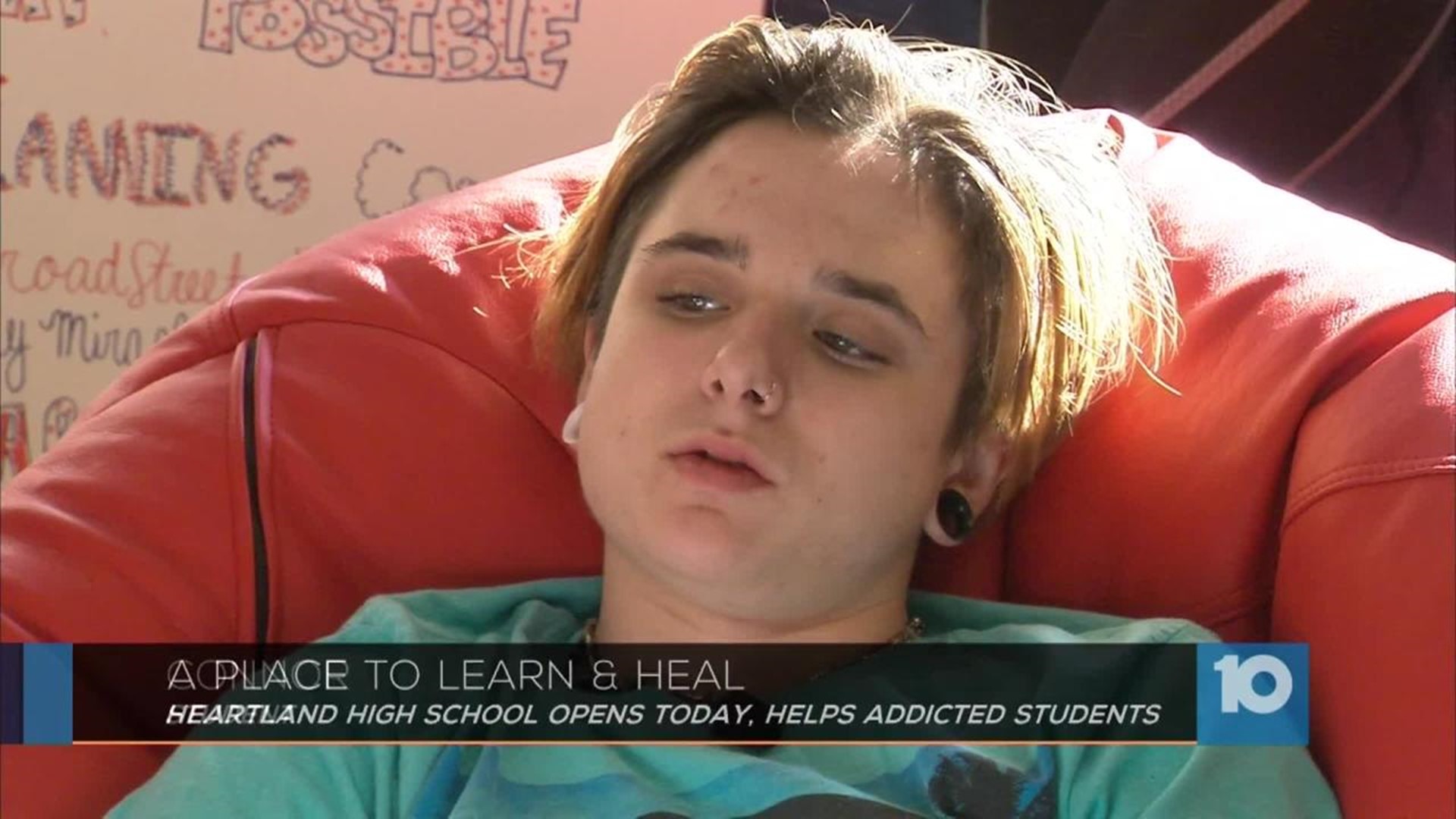 “We start each day with mindfulness which is really important,” said Leslie MacNabb, a teacher at Heartland High School. “It gets everybody grounded and ready to be here.”

Students tackle online curriculum based on how many credits they need to achieve a diploma. The teaching is individualized and self-paced with the guidance of MacNabb.

“We do have students come in with some gaps. So they might be 17 years old but only be at a sophomore status technically,” MacNabb explained. “We’ve kind of blurred the lines as far as freshman, sophomore, junior because it might make some feel a little bit bad about where they are.”

Heartland is also grace-based, meaning they do not punish kids for acting out.

“So, whereas they may have been punished for certain behaviors, they are coming in and we are giving them grace, trying to help them figure out situations,” said MacNabb.

Classes have only been in session for a few weeks, and already students are feeling a positive impact.

“With my old school, I didn't want to go to it,” said Connor, a student at Heartland. “I would hate waking up and going to the school. But now I like getting up and I'm motivated to go to the school.”