The governor said he is asking people to be patient as the state works to distribute the COVID-19 vaccine. 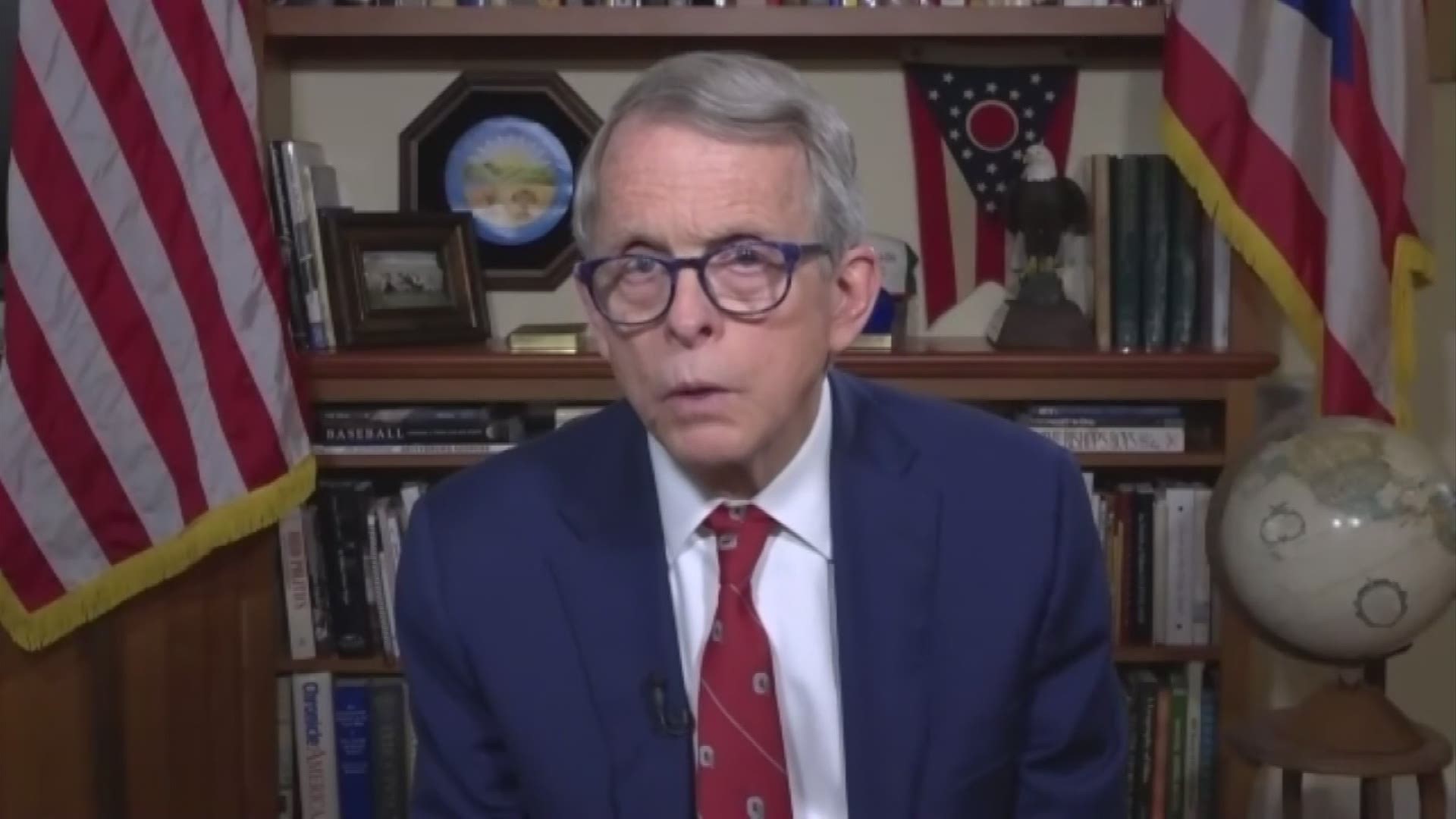 COLUMBUS, Ohio — Gov. Mike DeWine conducted a virtual interview through Zoom on Monday with 10TV's Kevin Landers on a wide range of topics from vaccine distribution to House Democrats introducing an article of impeachment against President Trump.

Among the issues is whether the state will meet its March 1 goal of getting all K-12 employees vaccinated.

Landers: It sounds like an ambitious goal. How is that date achievable?

Gov. DeWine: You're right we have a supply problem. We have a scarcity problem and it is what it is. We are asking people to take it one week at a time when it’s your turn please take it. it’s in your best interest to take it. It's your choice. We are actually asking people, frankly, to be patient because we don't have enough because we don't have enough to fill the most vulnerable people.

Governor DeWine says those who work in K-12 can start getting their shots starting Feb. 1.

He says 300,000 Ohioans have already received their first shot.

The governor said two-thirds of all residents in nursing homes also have received their first shot.

There are no plans for law enforcement to get their vaccine at this time.

On Wednesday and Thursday of this week, every EMA office in each county is expected to announce how and when people can receive the vaccine.

Ohio is currently receiving roughly 100,000 vaccines each week, although that number could increase if more vaccines are approved for administration.

Landers: House Democrats are planning to file impeachment papers today. Do you support that?

Gov. DeWine: With just a handful of days before Joe Biden becomes president and Donald Trump leaves is whether impeachment is helpful to pulling this country together. And I just question whether it's particularly helpful. There are some people who say you should have denounced Donald Trump’s campaign when they filed actions in court. My answer is either you believe in the system or you don't believe it. I would just remind people that the system worked. Those of us in responsibility have an obligation to call it like we see it.

Landers: There are people who feel you let the lies linger too long.

Gov. DeWine: You can always go back in your life and go back and think you could have done one thing instead of another.