Ohioans concerned about repeal of the federal health care law have organized town halls across the battleground state during this week's congressional recess. 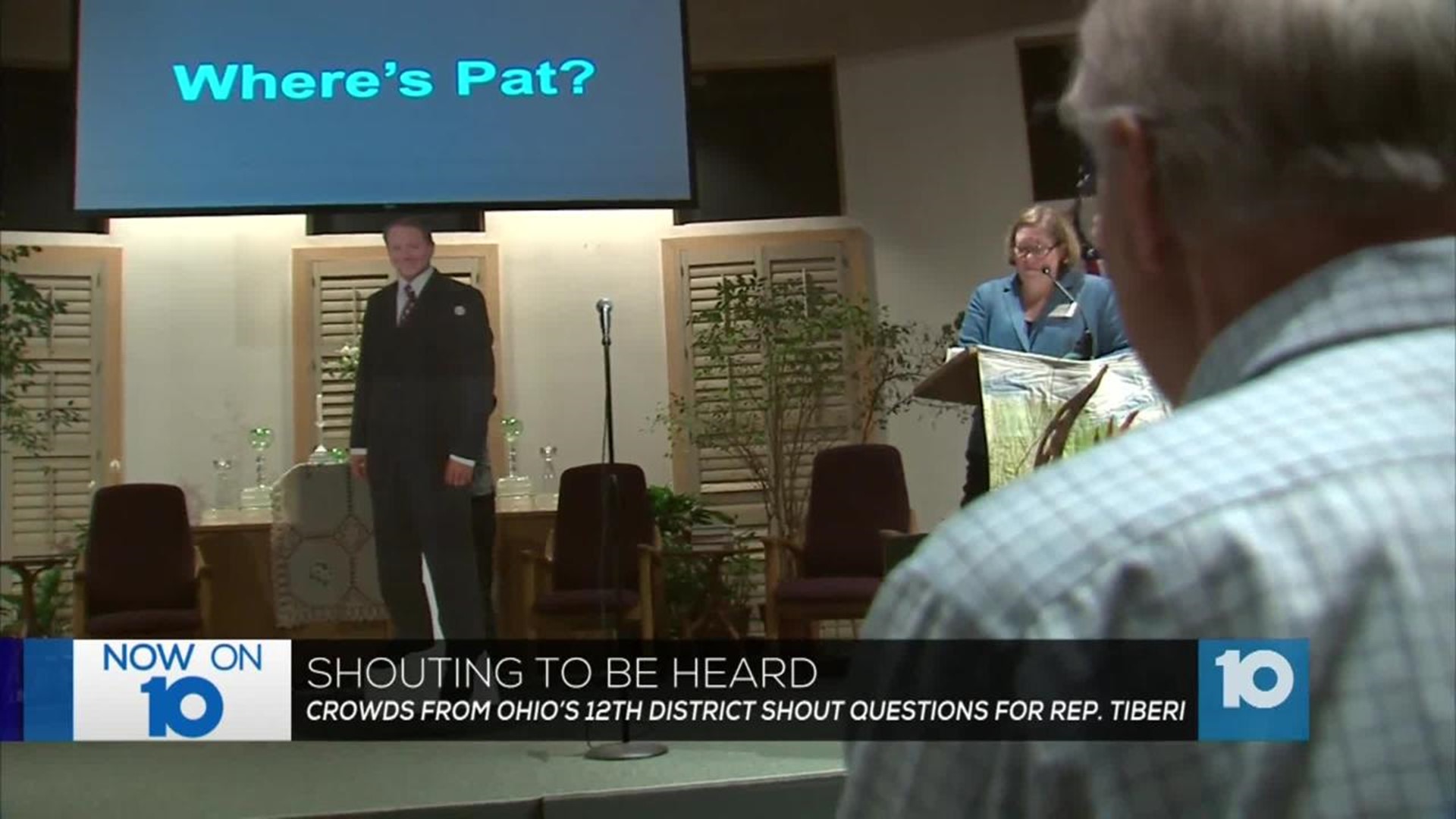 Ohioans concerned about repeal of the federal health care law and stoked by liberal groups opposed to President Donald Trump's actions have organized town halls across the battleground state during this week's congressional recess.

Republican U.S. Rep. Jim Jordan, a conservative and 10-year House veteran, is an exception. He attended events in his district Monday and engaged with protesters who showed up.

Other Ohioans have joined thousands of citizens nationally to sign online petitions at Change.org requesting access to their congressional representatives, in the wake of the tumultuous first month of Trump's administration.

After failing to get personal access, some sent their messages by video.

Mitch Lerner, of Granville, has three children with juvenile diabetes who are now insured because of the Affordable Care Act, also called Obamacare.

@PatTiberi Where y'at, Pat? The people of the 12th district would like to have some Q&A with you at a #townhall. pic.twitter.com/AI8h7oZq1n

"These are small children whose lives could be devastated by the decision you're about to make," he said in a video aimed at Portman. "To steal someone's health care who faces these dreadful health problems is so unbelievably devastating that I don't know how you could ever look yourself in the eye again."

Gibbs spokesman Dallas Gerber said the congressman has a telephone town hall scheduled for March — and any constituent who wants to can sign up to be included by calling his Washington office.

"The congressman and our district staff have met with, and continue to meet with, constituents and groups requesting a meeting," Gerber said. "Constructive, respectful and open dialogue is important to Congressman Gibbs and we maintain an open-door policy."

Republican U.S. Reps. Pat Tiberi and Steve Stivers were not expected at the town hall-style meetings being held in their respective districts Wednesday.

Something similar is planned in Republican U.S. Rep. Jim Renacci's district Thursday, when he is scheduled to anchor a roundtable discussion at the Statehouse on House Republicans' proposed "border tax adjustment."

Stivers' spokeswoman Courtney Whetstone said the congressman was invited on short notice and has scheduling conflicts. She noted that the event is organized by a local Democratic candidate and features the state Democratic chairman.

She said Stivers has communicated with nearly 10,000 constituents by letter and held three telephone town halls involving more than 11,200 residents.

Tiberi spokeswoman Olivia Hnat said the representative has scheduled back-to-back meetings with constituents to discuss health care reform during the past several weeks in his central Ohio office.

"These are important opportunities for Rep. Tiberi to listen to their concerns, respond to them directly and engage in a constructive conversation," she said.