City leaders address violence in Columbus neighborhoods; 3 killed in shootings over the weekend

Three people including a 15-year-old boy were shot and killed over the weekend in different parts of the city. 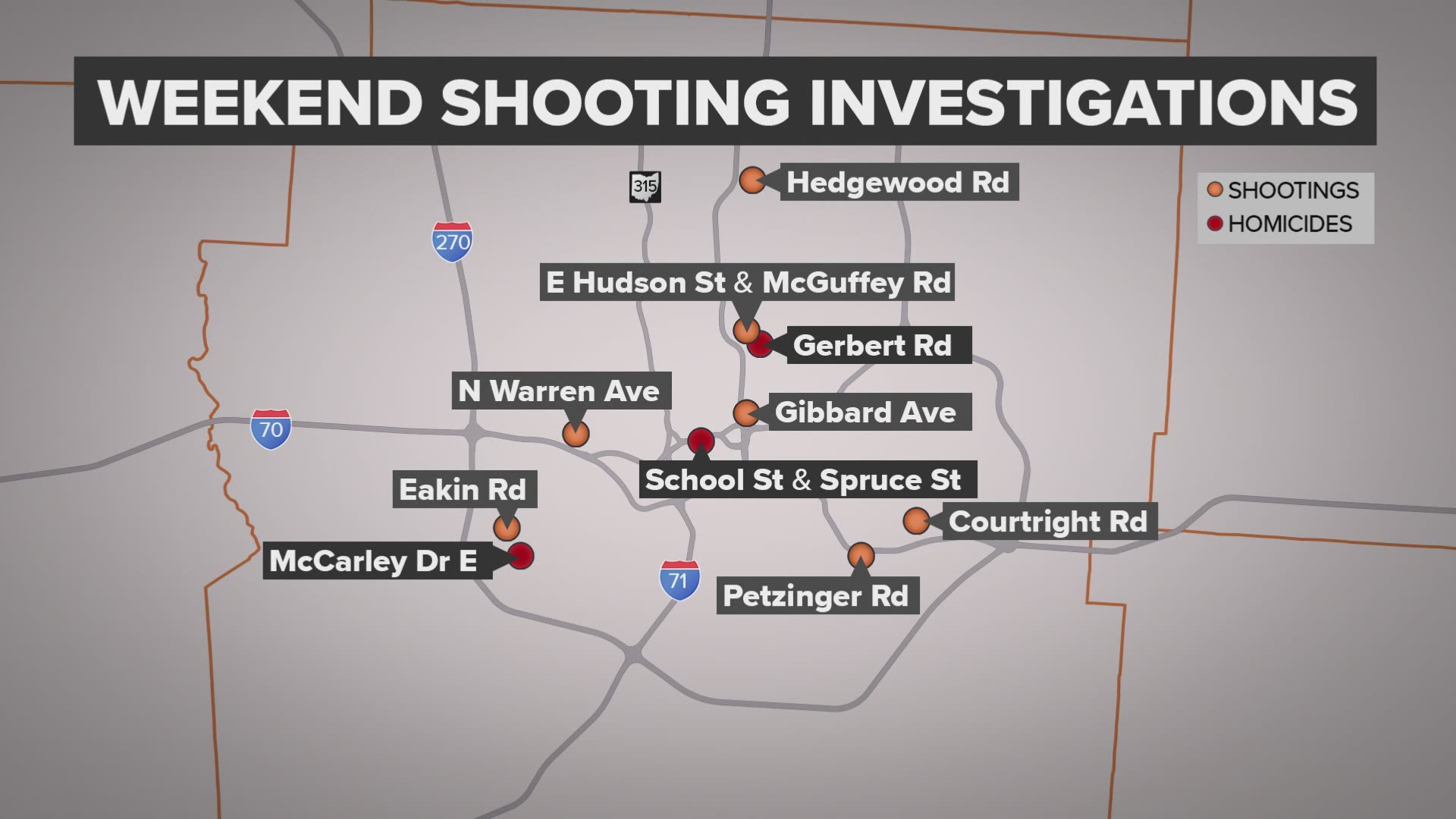 Three people including a 15-year-old boy were shot and killed over the weekend in different parts of the city.

Mayor Andrew Ginther and Columbus Police Chief Tom Quinlan hold a press conference to address recent violence in the city // https://bit.ly/3iYmmQb Three people including a 15-year-old boy were shot and killed over the weekend in different parts of the city.

"We must hold those responsible for these senseless acts of violence accountable. This is our collective concern. It will take each of us working together to stop the violence," Ginther said.

"What we aren't seeing is people talking to us and telling us what they know that will help lead us to make an arrest so that person cannot re-offend. We've had multiple people or the same person involved in multiple crimes. We need all parts of the criminal justice system to do their part," Chief Quinlan said.

Non-profits that work to get at-risk kids off the streets tell me it's frustrating because of the coronavirus, they haven't been able to help the kids who really need it.

We first introduced you to elite boxing in November. The non-profit tries to get kids who are gang members, drug users, and are at risk to come into their gym to put their energy towards something positive.

They haven't been able to meet with those kids because of the pandemic. Organizers argue the mayor needs to look to programs like theirs for the solution instead of the same initiatives year after year that haven't made a dent in youth violence.

"Insanity, the definition of insanity is trying to do the same thing and expecting a different result. The bodies and entities keep doing the same thing with the same people and they are getting the same results," said Ephraim Laidley of Elite Boxing.

"It hurts because there's no place for these young people to go. Those same people that we reach out to and we work with, a lot of people say they look sketchy. Those are the ones that influence the ones who do shoot the guns, who do pull the triggers, who do hurt each other. We have to interact with them," said Sean Stevenson of Elite Boxing.

The city's Park and Recreation Department is setting up programs for kids that will be funded through the CARES Act. Elite Boxing leaders argue that won't help the kids who are causing a lot of the violence.

RELATED: Shootings up 340% this June compared to last June in Columbus