This area would run along Nationwide Blvd. and include Nationwide Arena, Huntington Park and New Crew Stadium during home games. 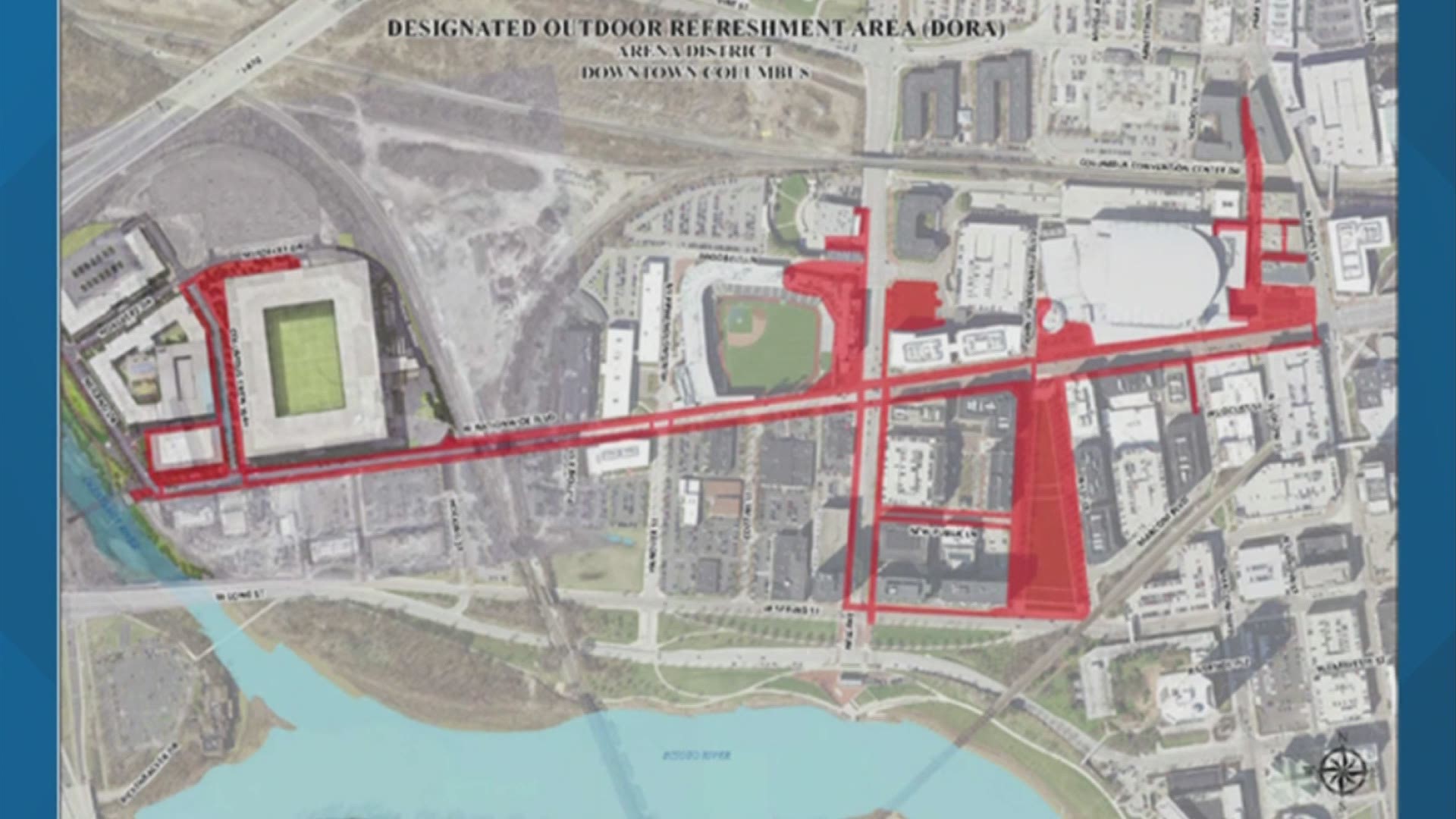 The Columbus City Council announced Thursday they have received an application from Mayor Andrew Ginther to create a Designated Outdoor Refreshment Area in the Arena District.

A DORA would allow people to purchase alcoholic beverages from participating bars and restaurants and take them outside and into other participating locations within the area during the designated time.

This area would run along Nationwide Blvd. and include Nationwide Arena, Huntington Park and New Crew Stadium.

This DORA would be active during for home game for the Blue Jackets, Clippers and Crew beginning three hours prior to the start of the games and continue until 11:59 p.m. on the same day.

Council will host a virtual public hearing on Thursday, June 24 at 5 p.m. The hearing will include a presentation by the city and an opportunity for the public to offer feedback.

"We're eager to gather public feedback on such an exciting proposal," said Councilmember Emmanuel V. Remy. "This designated area is primed to be a popular destination for residents to enjoy many memorable evenings while frequenting local businesses and taking in a game."

Any resident seeking to submit written testimony should submit their testimony to the office of Councilmember Remy. Written testimony must be received by noon on the day of the hearing and should be emailed to Lucy Frank at ljfrank@columbus.gov.

Any resident wishing to provide testimony during the virtual hearing should email Lucy Frank at ljfrank@columbus.gov by noon on the day of the hearing to request a WebEx speaker link. Each speaker will be limited to remarks lasting no longer than three minutes.

The hearing will also be live-streamed and posted on the city’s Youtube channel.