The union's decision to initially strike came after the GJEA did not reach an agreement with district leaders about their new contract. 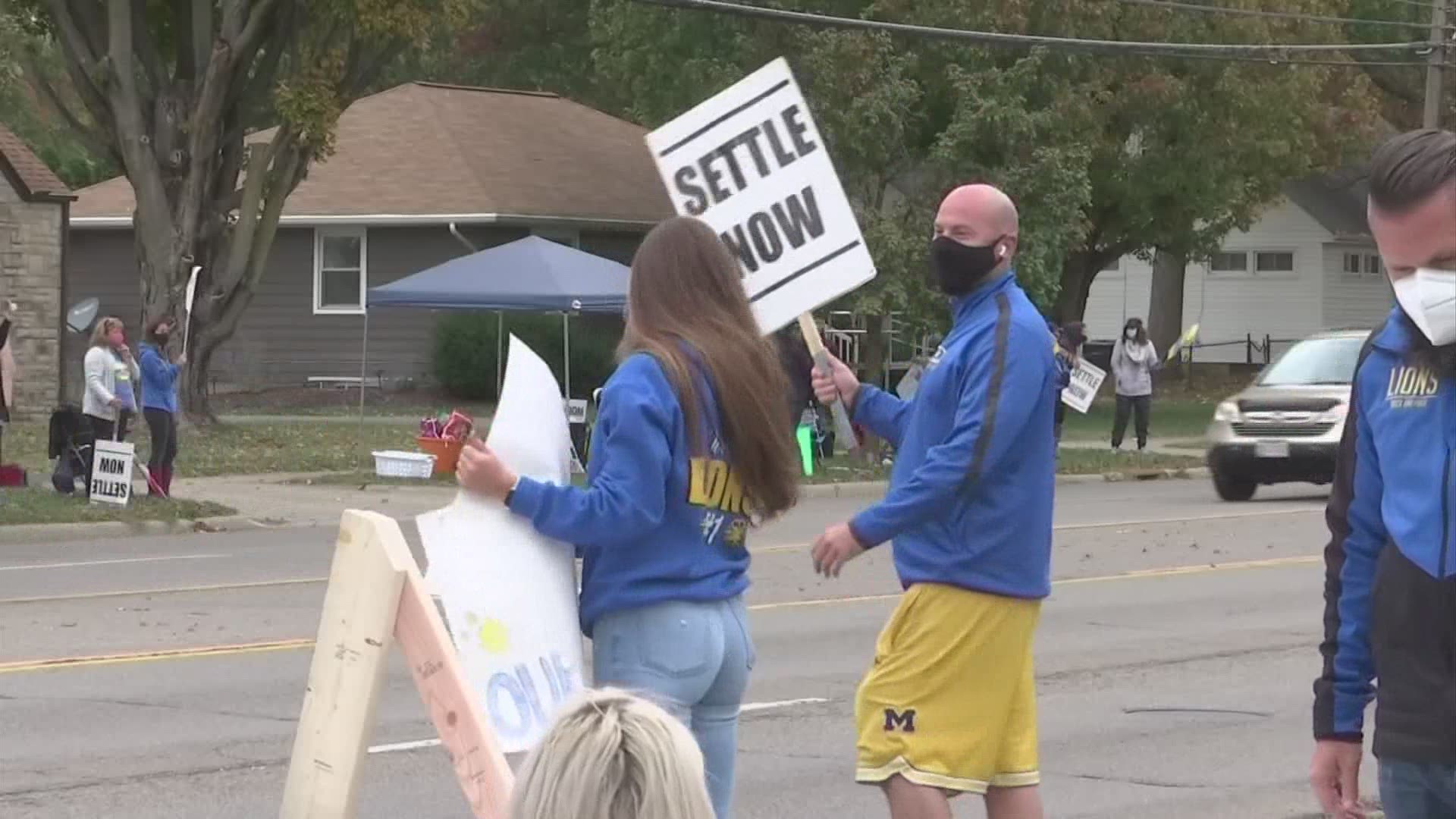 A tentative agreement was reached Saturday after nearly one week of teachers being on strike.

After the union ratified the agreement, the district's board of education held a special meeting to vote on the agreement.

Both sides say it has been an emotional few weeks, but with the agreement reached, teachers will be back in the classroom Monday morning for virtual lessons this week and kids will be back next week for a hybrid model.

GJEA spokesperson Betsy Baker said compromises were made on both sides and more than 98% of the membership voted to approve the agreement.

"We were able to stand up for what we think is going to give our students the best educational opportunity," Baker said.

School board president Beryl Brown Piccolantonio said it was the voices of students that really resonated with her as she was deciding on the agreement.

"In Gahanna, we have constraints with space because we are overcapacity in almost every single one of our buildings. In order to keep people safe, we had to be really creative," Piccolantonio said.

The exact details of the agreement have not been released yet.

This agreement is only for one school year so they will have to go back to the bargaining table before next June.

The school board and the union issued the following statement Sunday:

“Gahanna-Jefferson Public Schools (GJPS) Board of Education and the Gahanna-Jefferson Teachers Association (GJEA) have finalized an agreement that will bring our teachers back to the classroom for our students.

“GJPS Board President Beryl Brown Piccolantonio said, ‘Our school district is one we all can be proud of - we will always be One Pride, One Family. We have excellent teachers, dedicated administrators and rich support from our broader school community. We are resilient, and while there are differences among us, we agree that we must provide a high quality and equitable education for all of our students.’

“GJEA President Jenny Palguta said, “While we are sad that we missed four (4) days of instructional time with our students, we cannot wait to see our kids on Monday and we are excited to do what we do best – educate our students. We are also extremely appreciative of the community’s support, and we look forward to providing a safe, equitable, and successful return to learning for our Gahanna family.”

“We appreciate the hard work of our district and GJEA leaders in achieving our shared objective of doing what was best for our students, our families and our school community, and we ask everyone to join us on the path to healing. We know doing so will take time, patience and cooperation.”

The union's decision to strike came after the GJEA did not reach an agreement with district leaders about their new contract.

The GJEA filed a Notice of Intent to Strike and Picket with the State Employment Relations Board on Oct 1.

After failing to reach an agreement, the union went on strike on Oct. 13.