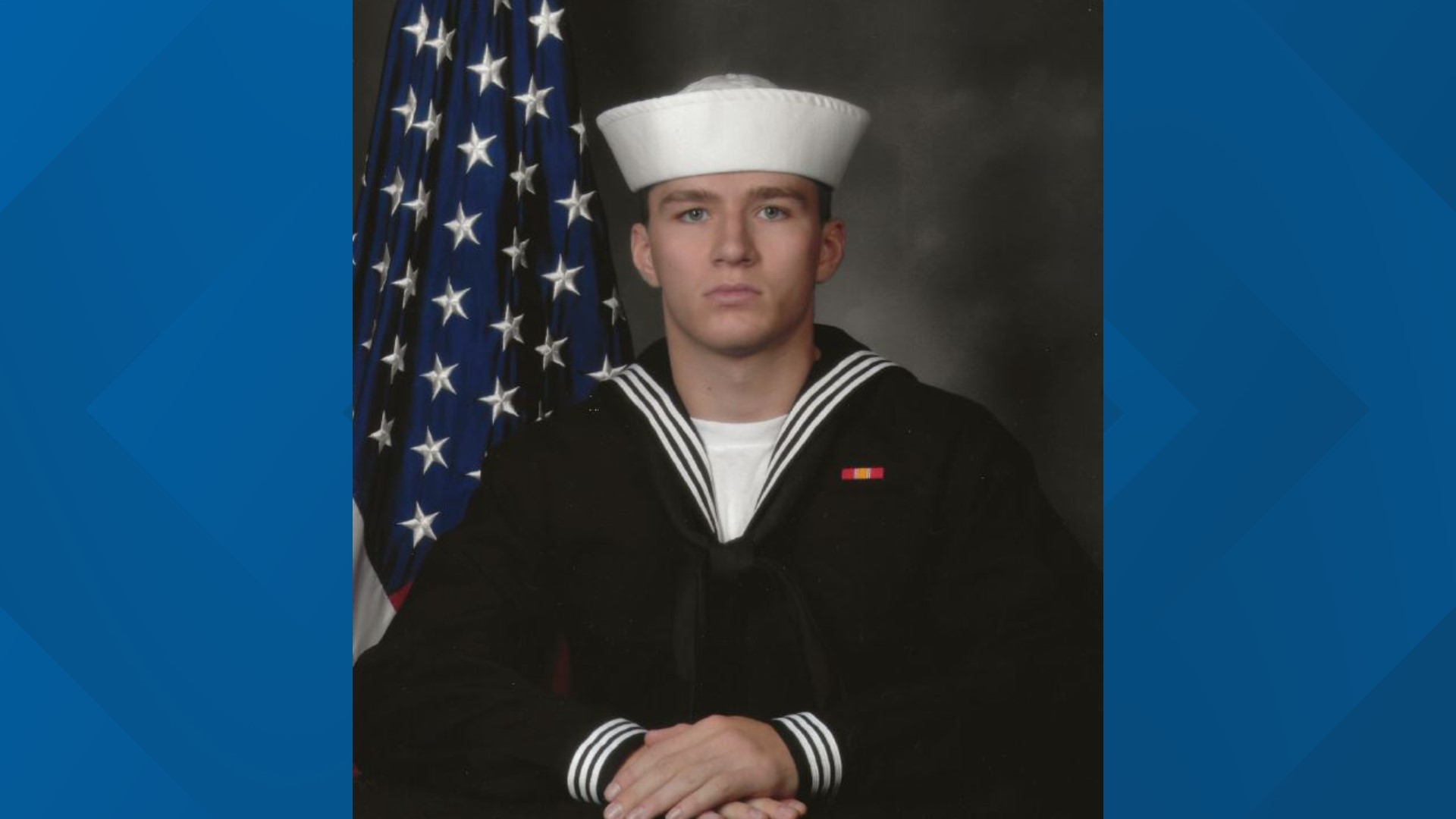 MILAN, Ohio — A funeral service honored the Navy Hospital Corpsman on Monday who was one of 13 U.S. service members killed in Afghanistan last month.

The service for Max Soviak was held at the Edison High School football stadium in Milan.

Soviak, who was from Berlin Heights, was killed during a suicide bombing attack at the Kabul airport on Aug. 26. Terror group ISIS-K claimed responsibility for the attack, which also claimed the lives of more than 160 Afghans.

Soviak's remains arrived at Cleveland Hopkins International Airport on Wednesday. The arrival was followed by a procession to Soviak's hometown, where community members lined the streets to honor him.

"While the tragic events of August 26, 2021 in Afghanistan shook the country, it was not hit harder anywhere than it has in Berlin Heights, Ohio, to one of our own families," said the city's Mayor Connie Ward.

You can watch Monday's funeral service below:

Before enlisting in the U.S. Navy, Soviak was a member of the state champion wrestling team and made the final four football playoffs two years in a row. He had 12 brothers and sisters.

Soviak enlisted in the Navy in Sept. 2017 and graduated from Recruit Training Command in Illinois in November that same year.

“In Maxton’s final days, he spent his time helping others stay alive, as he had developed a passion for saving the lives of others,” said Kathleen Soviak, Max’s sister. “So much so, that he was willing to risk his own life and made the ultimate sacrifice.”

In honor of Soviak's actions, the Navy posthumously advanced the 22-year-old to the rank of Hospital Corpsman Third Class on Sept 2.