Muralists are transforming drab exteriors of buildings and forgotten allies into extraordinary pieces of art. 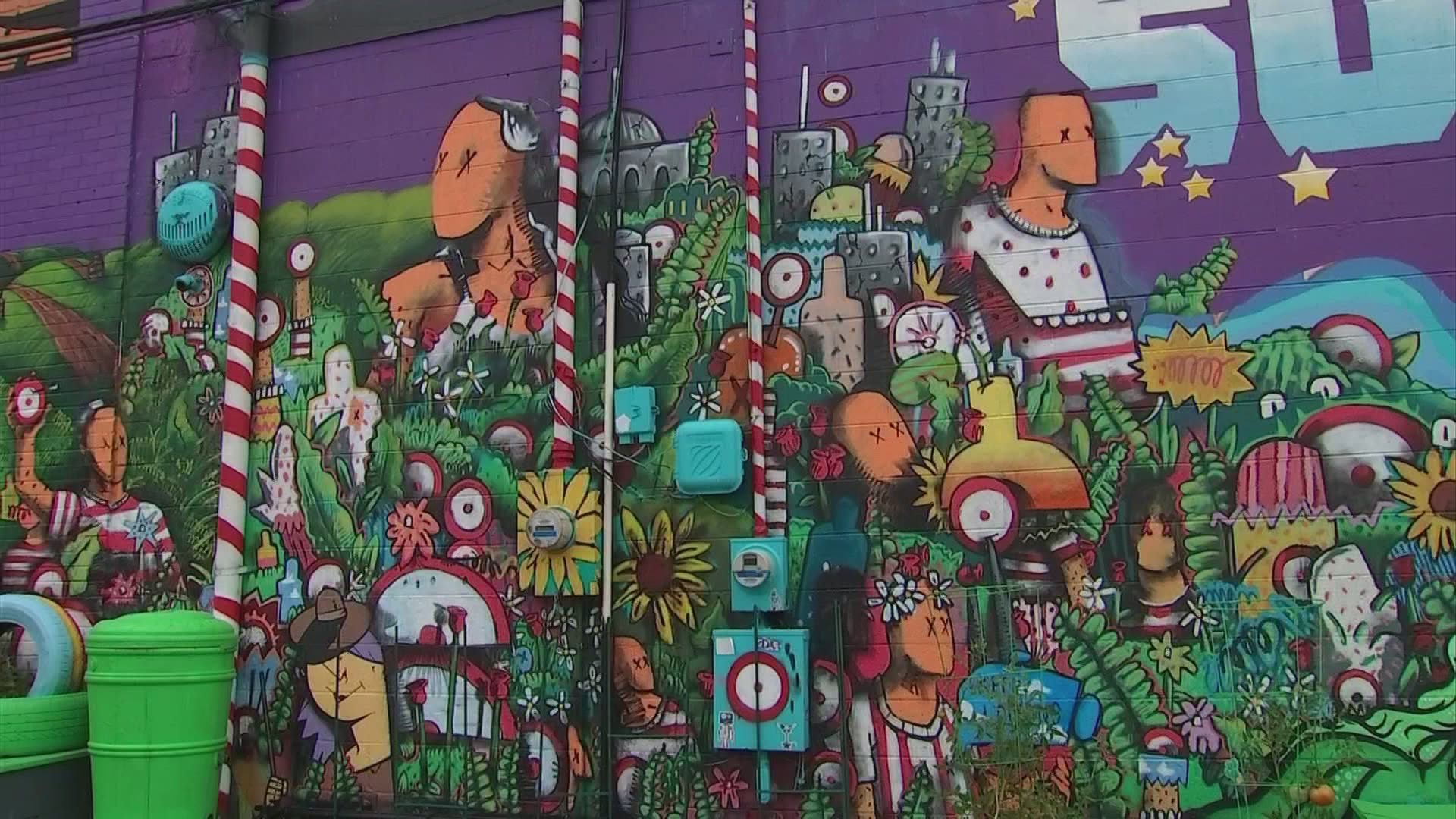 COLUMBUS, Ohio — Under a hot sun with a brush in hand, muralist Marcus Billingsley is working to transform the side of the Mad Labs building on North 3rd Street in downtown Columbus.

His mural stretches the entire side of the building. It’s just another example of how local painters are turning tired old facades into pieces of art.

“I see infinite potential for this kind of art,” he says.

Billingsley is one of dozens of muralists in Columbus who have transformed the city’s forgotten alleys into places that people now stop to take photos for social media, music videos, product placements and more.

“It's always cool to see murals all over the city," said Brady Schoeffler of Prism Lighting who installed the LED lights at the Columbus sign at East Main Street and East 5th Avenue.

“It's wonderful to see more murals going up in the Franklinton area,” says Nick Kinney, owner of NKA Design Owner.

Outside Thomas Elementary School in Dublin, students and staff are greeted by the legs of a giant tiger walking through a field of shamrocks.

“They wanted to create something that was hospitable to all the different ethnicities. We have greetings in all different languages saying 'Hello',” she says.

The city’s mural landscape is thought-provoking, powerful, mysterious, head-scratching, and a conversation starter.

From blue to green and every color in between, the city’s murals are gaining popularity but still far behind larger cities like Philadelphia, which is known as the mural capital of the US.

“The public wants to see more of this,” says Adam Brouillette, who co-owns Blockfort.

"I think it's a great initiative to maybe beautify some spaces that look a little rundown,“ he says.

Columbus doesn’t have a designated pot of money for murals so much of what the public sees are murals funded by business owners.

But that doesn’t mean the city doesn’t fund public art.

In conjunction with the Greater Columbus Arts Commission, the city is paying for two murals as part of the Deliver Black Dreams project.

Two new murals will soon appear in west Columbus on Frebis Road and Wilson Road. The murals seek to be a launching point for conversations about racial equity in the city.

Once a mural is done, the work is far from over. Weather takes a toll on these paintings and they have to be constantly touched up.

“It's a constant battle with water and vandalism, unfortunately,” says Schoeffler.

Central Ohio has more than 1200 pieces of public art. You can view some of the murals on our interactive map below.

Click the sidebar icon on the top left of the map to see the list of murals.