Friends and those who knew Chase Meola are heartbroken. 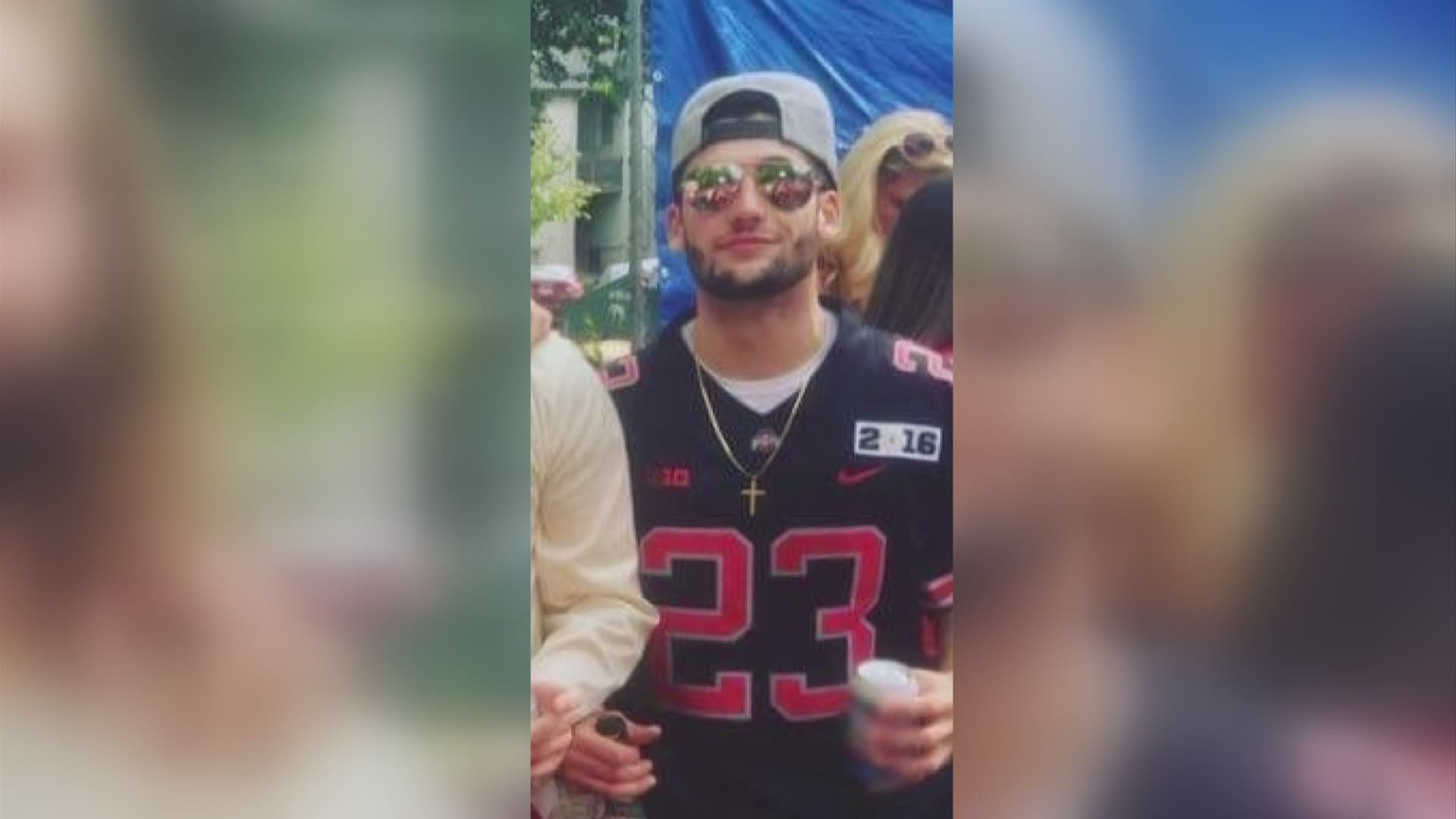 COLUMBUS, Ohio — It was news that spread throughout the campus community very quickly.

“I woke up this morning and saw the alert,” Ashley McCartney said.

The Ohio State University students we spoke to said it was shocking to hear and see.

“It was definitely scary and just kind of shocking that something could happen like that,” McCartney said.

Today, friends and those who knew of 23-year-old Chase Meola are heartbroken.

“It’s really sad this happened to him,” McCartney said.

They found Meola shot in the parking area. Police said he was pronounced dead at the scene.

Police said people were partying outside of the Phi Kappa Psi House in a shared parking lot.

University officials said they were told partygoers were asked to leave the house party, and that’s when an “altercation” happened outside.

The university told 10TV, “The Ohio State University community is in mourning, and our deepest condolences and support go to the family and friends of Chase.”

McCartney said she knew him through mutual friends and they had classes together freshman year.

“He was always very outgoing. He’s from New Jersey, so he definitely had that loud, outgoing personality,” McCartney said.

She said it’s been a while since they last spoke, but they kept in touch through social media.

“A real funny guy, he was always nice to everyone he ever met,” McCartney said.

She said, from their past conversations, it was clear family was a big part of his life.

We spoke with a close friend of his, who did not want to go on camera. She said, “He had a vivacious spirit, constantly kept everyone laughing and had a great love for fitness, the Buckeyes and his friends and family.”

She went on to say that she is heartbroken for his family.

Friends have set up a GoFundMe for Meola. In it, it reads, “Chase Joseph Meola tragically passed away on October 11th at 2:09 a.m. Chase was a brother, son, uncle and friend to many. He was light in everyone’s life and will be dearly missed by those he touched. I’m organizing this fundraiser to help cover any and all costs related to Chase’s funeral and to support his family. All donations, small or big, are greatly appreciated and mean the world to those affected. Chase will remain in our hearts forever.”