Friends, family remember Chase Meola at 'Light up the Night'

October 11 marks one year since Ohio State Student Chase Meola was shot and killed at a house party. Friends and family met to 'Light up the Night' in his memory. 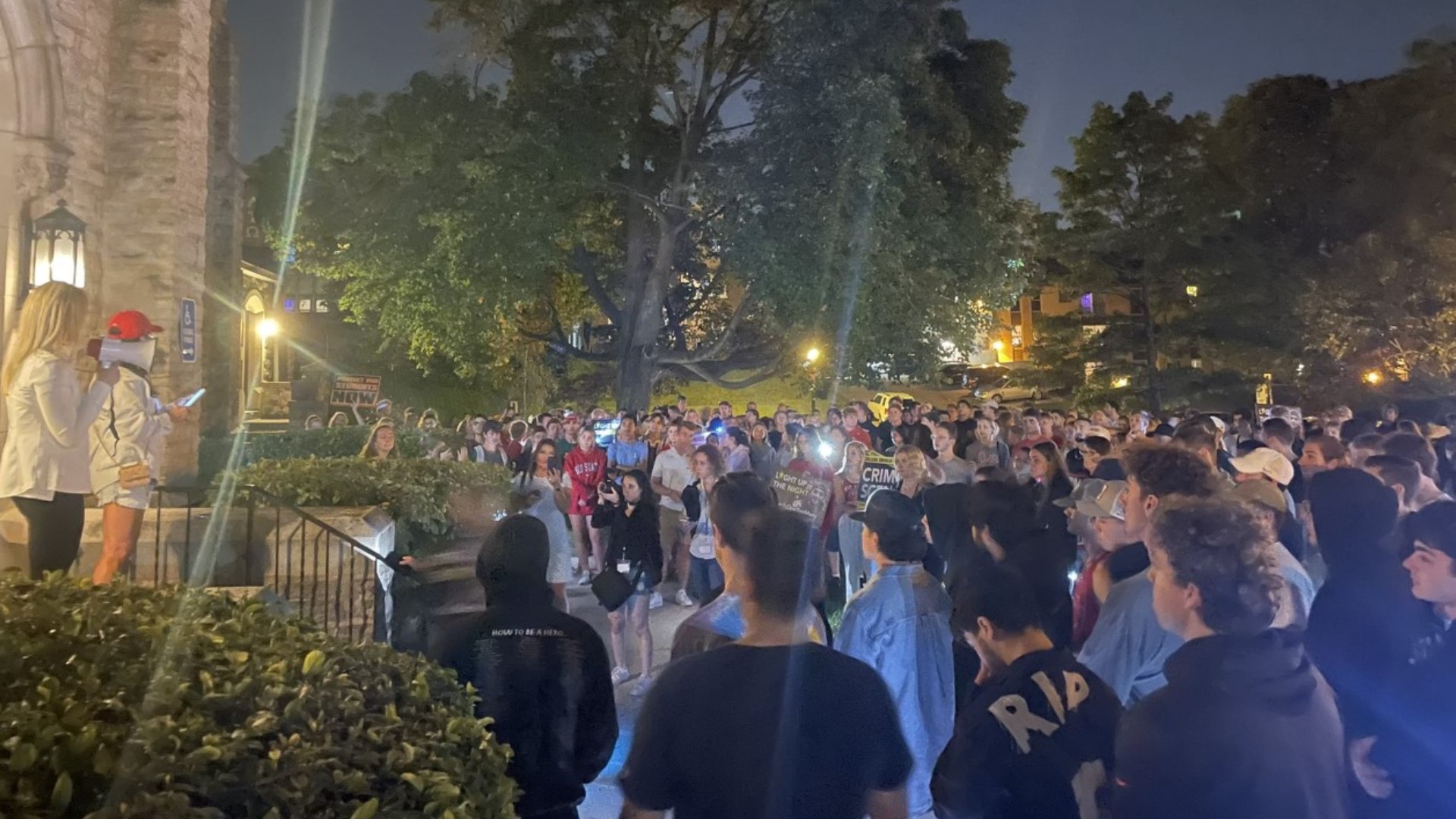 COLUMBUS, Ohio — October 11 marks one year since Ohio State Student Chase Meola was shot and killed at a house party.

"I think about it every day. I wear this necklace with a picture of Chase inside of it,” said Max Ludin, one of Chase’s friends.

To remember Chase and everything that’s happened within the last year, Ludin and others met to 'Light up the Night' in his memory.

"To happen so close to campus, it's news (that) no friend, student, brother, mother, father, wants to hear,” he said.

Irene Hendrick said she has seen change happen on campus after Chase's death.

"We never want this to happen to any other student no other family no other person,” Hendrick said.

Hendrick is an OSU parent and co-founder of the parent Facebook group, "Buckeyes for a Safe Ohio State."

More security lights and cameras have been added off-campus and around the University District.

A $20 million plan by the university will also help increase safety on and around campus.

This is all good news to Hendrick, but she has no plans of stopping because she said one life lost is one too many.

"It feels like it's better, but it has to be permanent. I will be here every weekend if I have to be and every other parent as well until we know it's permanent,” Hendrick said.

Ludin told 10tv what happened last year has and will make Ohio State better. He said Chase is a huge part of that.

"Chase is a hero. He's here with us. God is here with us and we're going to continue to make changes in the community,” Ludin said.

10TV reached out to the university ahead of Sunday night’s memorial. They said, "We remain vigilant about crime on and off-campus and continue to take multiple measures to keep students, faculty and staff, safe."

The university is now giving students personal safety devices that they can carry on them, which sounds an alarm when triggered.

On top of that, the university is expanding its Lyft ride "Smart" program to include access to the Short North.