Loved ones turned out to honor Baum, who died suddenly on March 30. 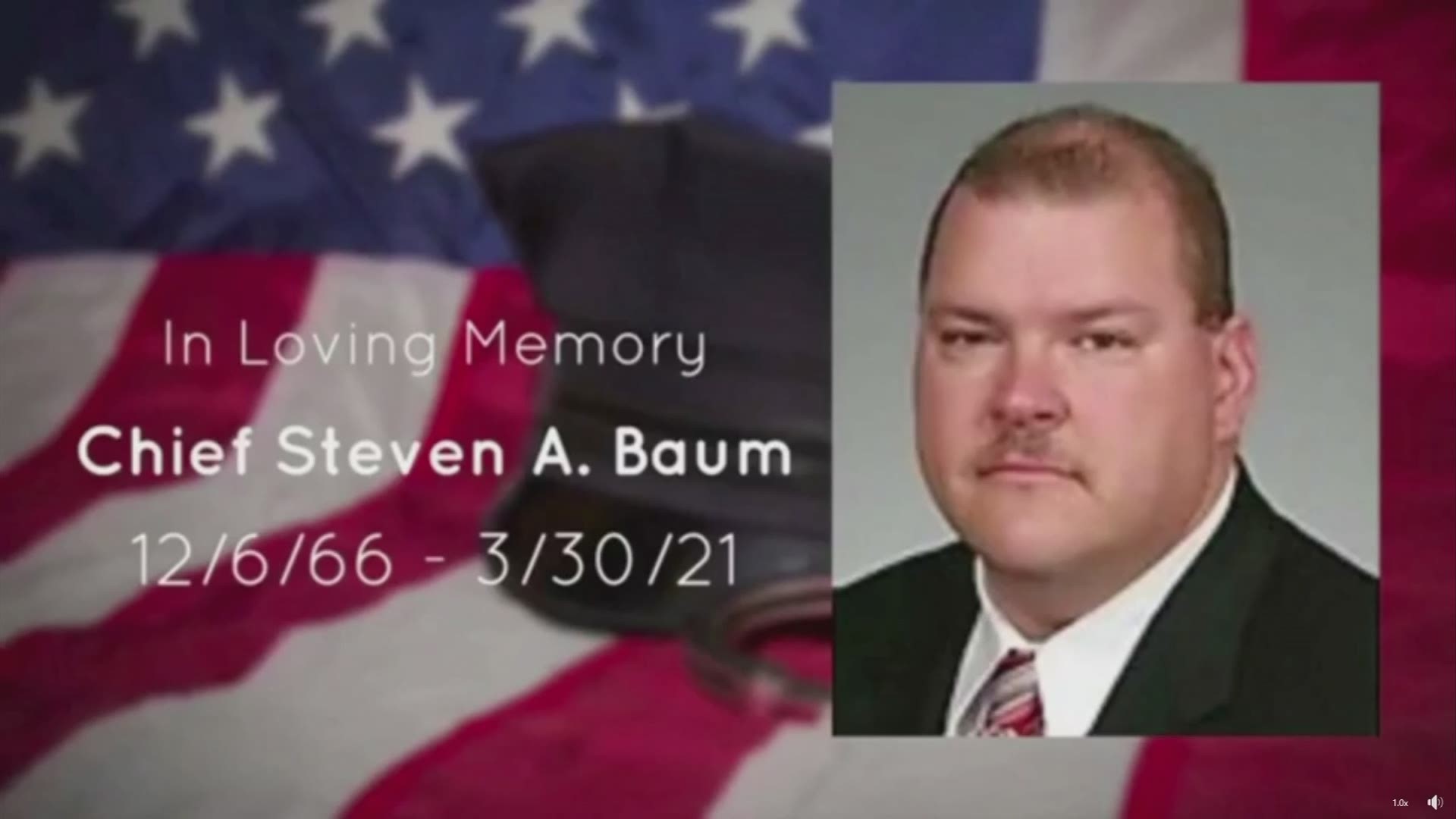 "He was a big man -- and not just physically-- but spiritually and personally,” said Interim Newark Police Chief Craig Riley, who knew Baum for 28 years.

Baum was originally from Zanesville and served in the military.

“He has spent his entire adult life in service, whether it was military service or police service,” said Newark’s Public Safety Director, Tim Hickman.

The late police chief started at the Newark Police department in 1993, working his way up through the department.

He left to become Newark's director of public safety, then returned to the department in 2020 as chief.

Baum was remembered as a hard worker, a spiritual man, and a guy who was a pleasure to work with.

Several departments were on hand to give the chief full honors.

"His whole life was about serving his nation and his community, right up to the last minute,” Riley said.

Baum is survived by his wife, their daughter and son.

Friends say the only thing more important to Baum than public service, was his family.