In 2014, Atlantic Magazine dubbed Franklinton "the most downtrodden neighborhood in Columbus." 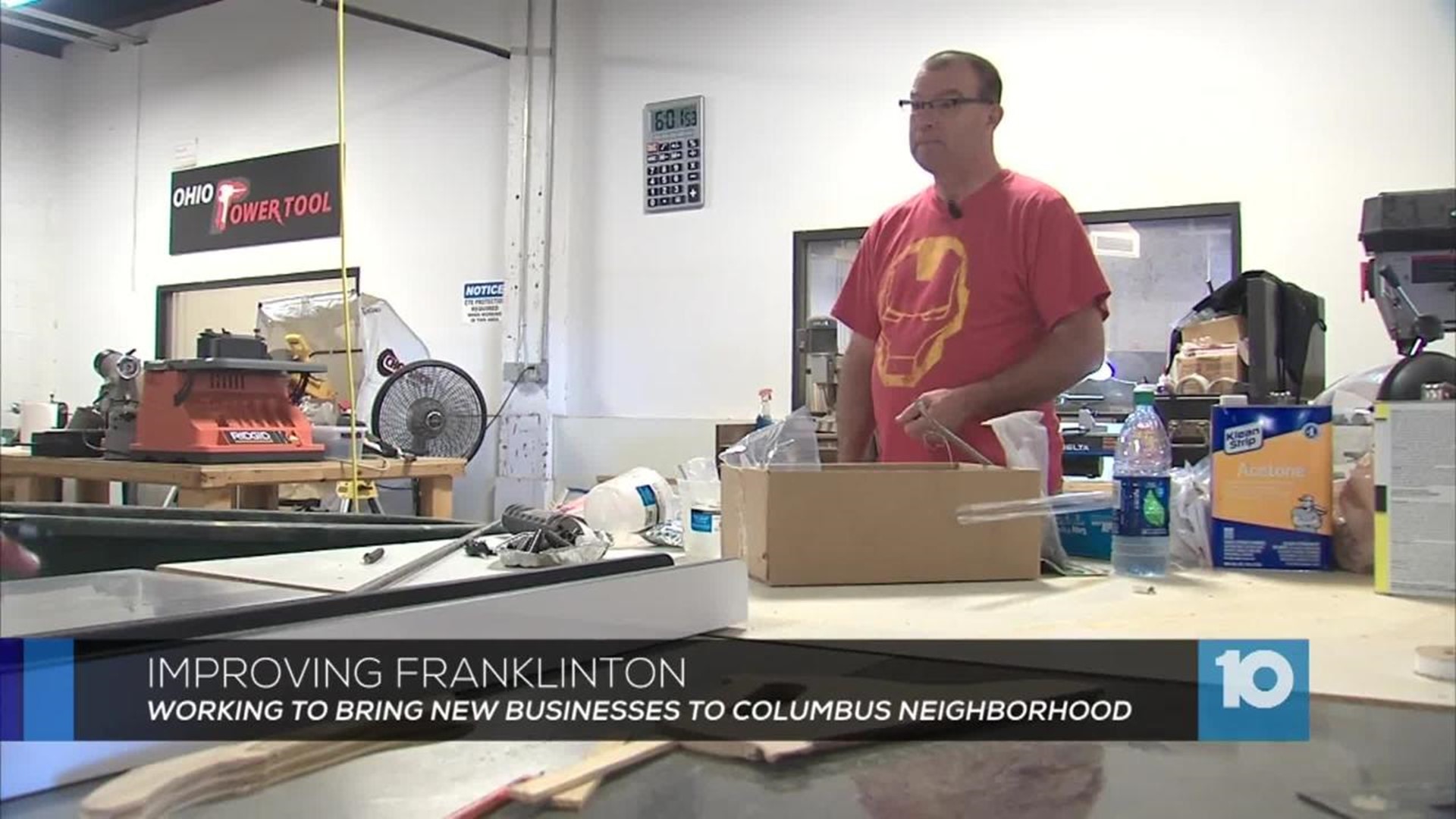 In 2014, Atlantic Magazine dubbed Franklinton "the most downtrodden neighborhood in Columbus."

New developments including artist space and specialty bars and restaurants are attracting people to a neighborhood people once forgot about.

The view of Franklinton is changing and it starts with a building that was once a former shoe factory in the 1900s. It is now home to craftsmen who are becoming business owners.

“If you can dream up we can figure out a way to make it,” Chris Cannon said.

He and dozens of others are members of the Idea Foundry located at 421 West State Street. It's the largest space of its kind in the country where people with different skills come together to learn from each other to produce unique pieces of art.

Upstairs there are plans for more office space, a video game designer is moving in.

The company did not stop there. It developed the Land Grant Brewery that serves specialty beers. Others have followed, like Strongwater restaurant across the street.

Suddenly, the neighborhood that has sat in the shadow of downtown since 1797 is getting noticed again.

The Franklinton Development Association is leading the charge to breathe new life into this area.