A detective says Steffen Baldwin caused the death of at least 18 dogs on what he hoped was a path to stardom. 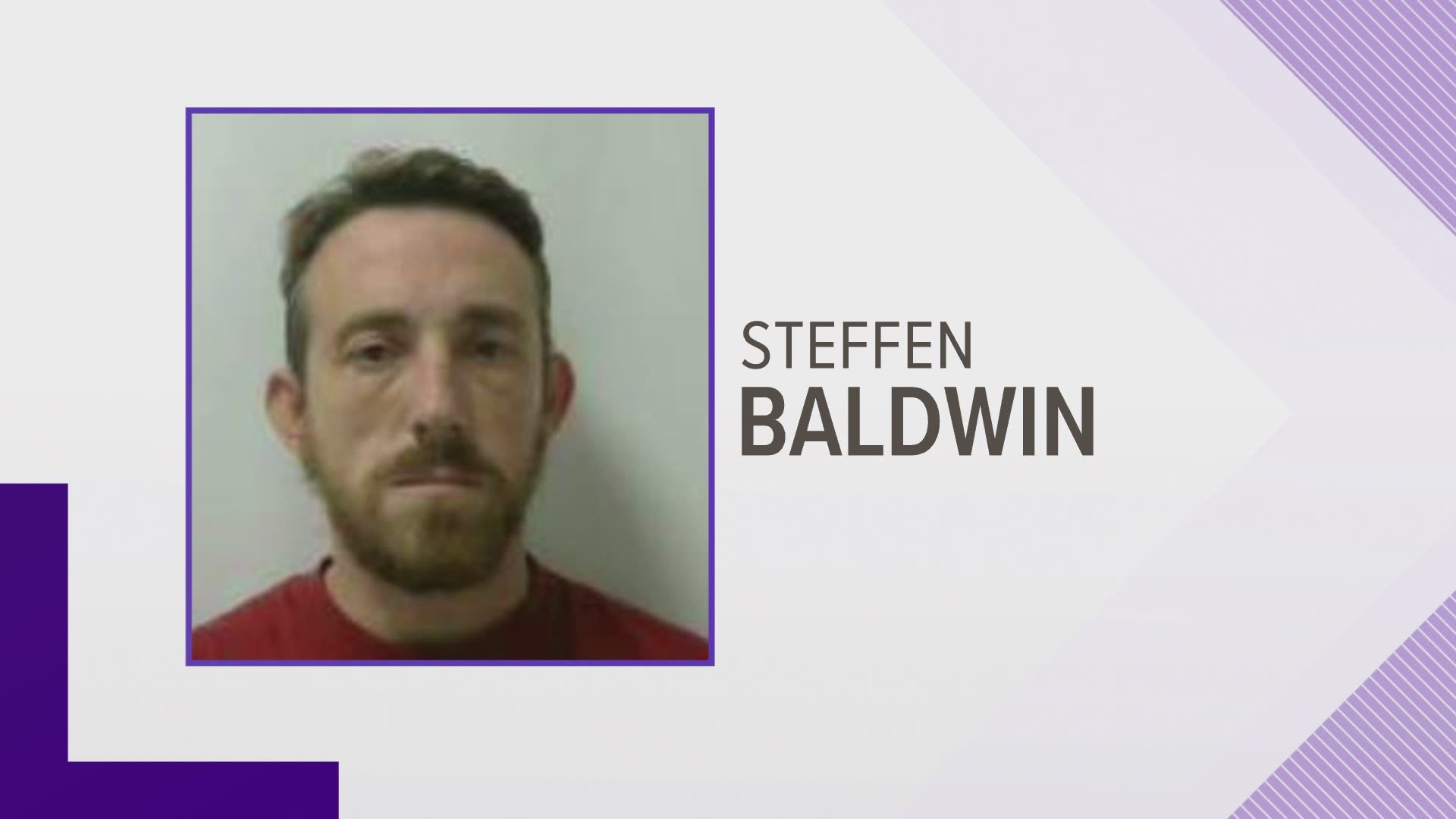 Steffen Baldwin’s goal was to be a star on Animal Planet, by any means necessary, investigators say, even at the expense of animals, he had pledged to protect.

Now, the former chief humane agent for the Union County Humane Society is facing 42 criminal charges, including bribery, cruelty to companion animals and impersonating a peace officer. He appeared in court Wednesday to face those charges. A judge set a $200,000 cash surety bond.

Investigators say his alleged crimes date back years, but the case would never have come together without the help of the dog parents of Remington, known as Remi.

Angelo and Litsa Kargakos say they saved Remi from certain death in May of 2016 after he was deemed a dangerous dog. They took him in as they have other doomed dogs through their rescue organization, No Fear Rescue.

“Within probably about a month, we realized what a good boy Remi was, and we wanted to give him the opportunity to have a normal life,” Litsa Kargakos said.

Weeks earlier, the couple had reached out to a well-known local animal advocate known for being a dog whisperer, the two said. That man was Steffen Baldwin.

He originally was set to work with two other dogs from the rescue but then reportedly told the couple he could work with Remi, so the two-handed over Remi and $1,000.

“He was the humane officer of Union County, and he said that he would be able to get Remi’s dangerous dog title removed once we had worked with him, and we felt he was ready,” Litsa Kargakos said. “And that’s how Steffen and Remy, the story began with Steffen and Remi.”

Within months, Kargakos said she saw red flags. She asked to see Remi to check on his progress but was always denied. By the first quarter of 2017, she was getting even more suspicious. She says she threatened to go to the county commissioners if she didn’t hear from Baldwin. And the family put up posters offering a reward for more information Remi’s whereabouts.

Kargakos says that’s when Baldwin contacted the two of them asking for a mediation session with an attorney to explain what happened.

Dr. Michelle Gonzalez, the veterinarian who euthanized Remi, backs up that story. She says Baldwin told her Remi had killed another dog. By law, any dog deemed vicious that attacks a human or kills another dog must be put down, Dr. Gonzalez said. But when she found out that Baldwin’s story was not true, she says she was very upset.

Dr. Gonzalez said she worked with Baldwin on several cases, including at least two major hoarding cases involving dozens of animals each. She now believes she may have euthanized at least five animals that did not need to be put down because of lies Baldwin told her.

Kargakos says she and her husband took their concerns to the Campbell Police Department in Mahoning County. They feel Baldwin was having dogs killed in order to make room for more, all while collecting more and more money from new and unsuspecting owners.

Det. Jim Conroy says the initial police report was filed in June 2017. From there, the evidence kept building, eventually leading to dozens of charges tied to the deaths of 18 dogs.

“Every rock I turned over, there was something there,” Det. Conroy said. “Every hold I went into led to more holes.”

He said Facebook messages and posts alone totaled 450,000. And he would get through about 7,000 a night.

Det. Conroy says Baldwin’s aim was clear – to become a star. He says Baldwin found a way to tie himself to as many animal organizations as he could to build up his reputation as an animal advocate. He says eight production companies made offers, and at least four signed Baldwin with the goal of pitching him to Animal Planet.

“If the allegations prove true, it’s a shame that someone uses animals for their personal gain,” Union County Prosecutor David Phillips said.

Phillips said Baldwin’s ploy was to offer to train or re-home troubled animals while taking money along the way. That money would be used for his own personal gain rather help the animals.

In fact, Phillips says, in one case, Baldwin raised money for a very expensive leg surgery for one dog. Instead, he ended up having the dog’s leg amputated and pocketed the money.

Phillips said, by the time investigators were ready to make the arrest, Baldwin had moved to California. Phillips said the timing would lead officials to believe that he skipped town to avoid the charges he heard might be coming.

Phillips said Baldwin waived extradition and arrived back in Ohio on Tuesday ahead of his Wednesday court appearance.

The Kargakos family was there at the courthouse.

“We had to be Remi’s voice,” Litsa Kargakos said. “Remi, he lost his life, and if this didn’t happen to Remi, Steffen would have, in my opinion, just continued to do what he did for a decade, is make money off these innocent animals. And I never wanted Remi’s death to be in vain.”

10TV reached out to the Union County Humane Society.

Vice President Sue Conner said Baldwin left the organization in December 2013, prior to his alleged crimes.

“As a humane society, obviously we’re appalled at any activity that hurts any animal,” Conner said.