Dominic Canini came to America after World War II and settled in Columbus. 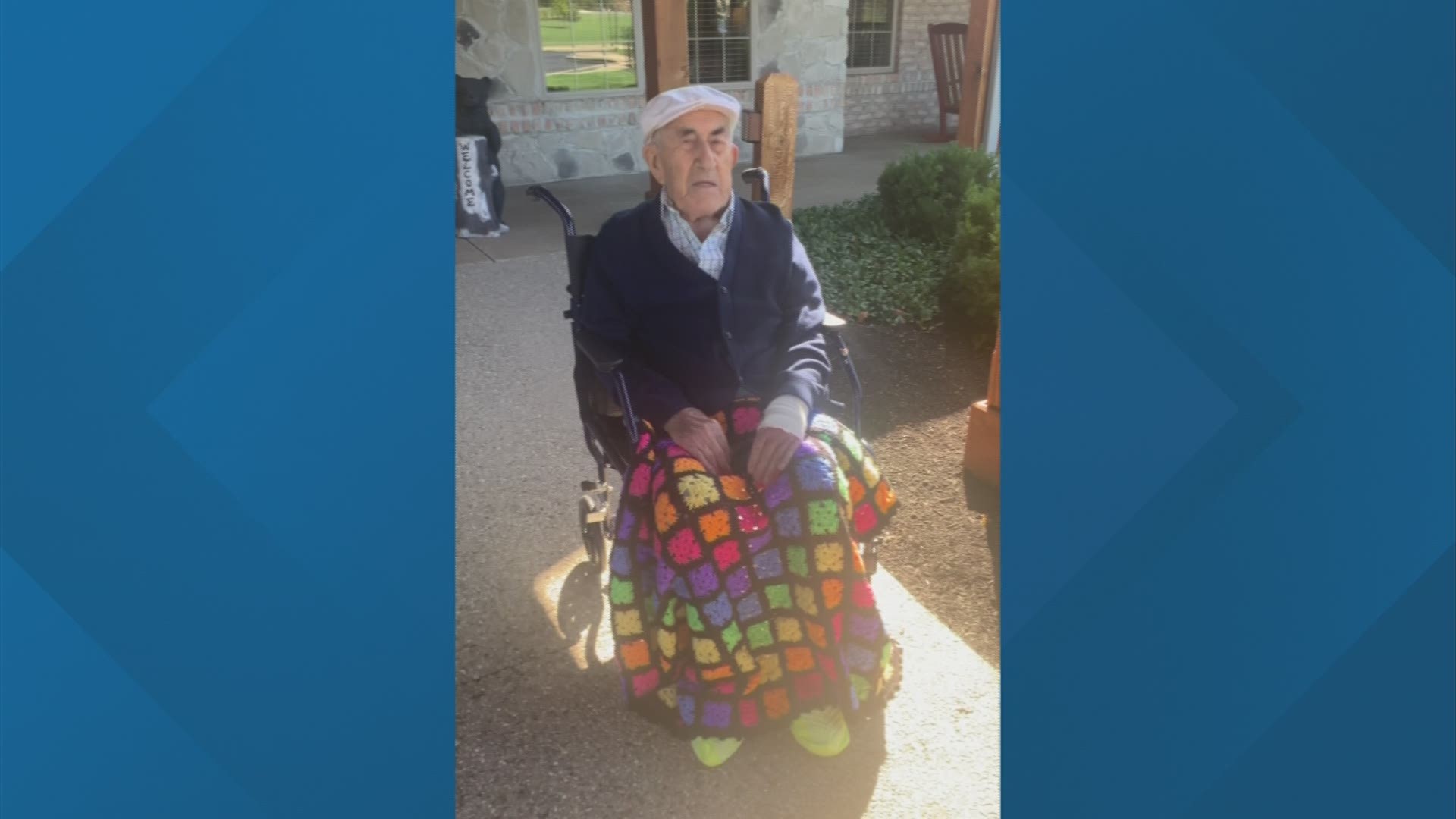 Dominic Canini has lived an incredible life. Born Domenico Canini in Italy in 1920, his mother died shortly after childbirth and his father died when he was eight.

He was raised by an uncle on a farm in Italy. He got married at 20 and had three daughters: Nicolina, Maria and Liliana.

After World War II, he sought a better life for himself and his family in America. Ultimately, Dominic (as he came to be called), his wife and their three daughters settled in Columbus.

"They came over on the ship, and my mom still tells me, it was a 14-day ride, it was a pretty rough ride," recalls Dominic's granddaughter, Marisa Bittoni.

After working odd jobs for a number of years, a friend got Dominic a job at Ohio Stadium. He would spend the next 35 years there.

"I remember being at my grandmother's house watching games, and she's like, yeah, that's where nonno works when I was real little," Marisa said. "He used to actually get the passes, he would get field seat passes for us, for various games we could go watch, and we would meet him there and he'd bring us hot chocolate. It was just so awesome."

"He was in that Woody Hayes era and knew Woody. It was really special," she says. "His best memories, parts of his life, were those years at OSU, working in the stadium."

When he retired 30 years ago, Ohio State thanked Dominic for his 35 years of loyal service.

"They did a big sendoff and they gave him this nice plaque, and it was really cool," Marisa said.

Dominic and his wife Domenica were married for 70 years before she passed.

"They had their anniversary I believe in January, and then she passed, in July," Maria said. "That was hard, she was definitely the love of his life."

Now, eight grandchildren and 16 great-grandchildren later, Dominic has inspired generations of Buckeyes in his own family.

"I'm a three-time OSU grad and I work there, and I am definitely a Buckeye for life, as is the rest of my family. All of my family, really," Marisa said.

"People ask his secret and he's like, lots of pasta. Lots of pasta. I think the wine had something to do with it, too," Marisa said.

As for Dominic? Well, he's happy.