Chris Draft said he thought it was important to attend the peaceful protest Friday afternoon, but also important to clean up the morning after. 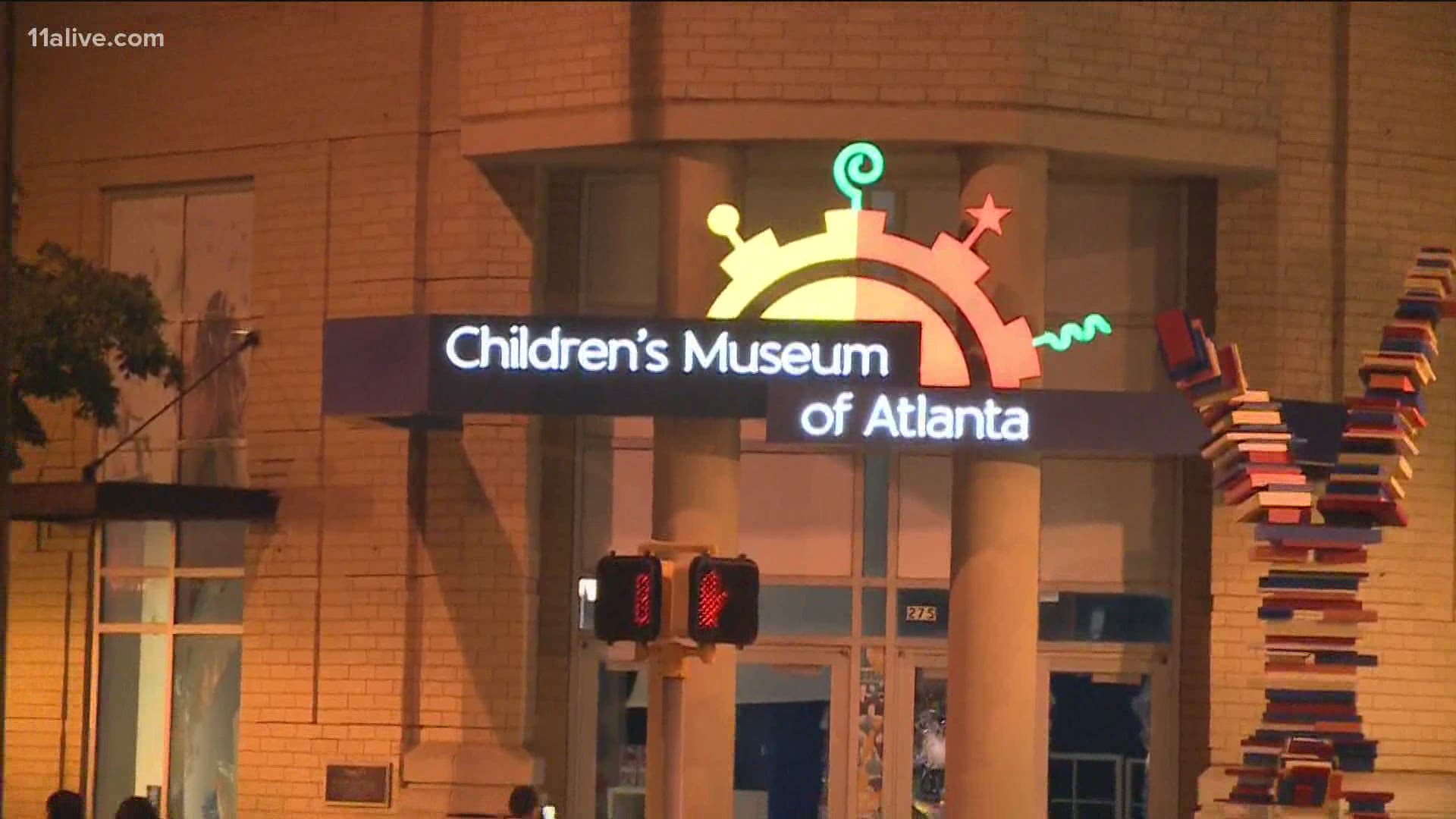 ATLANTA — While the protests Saturday night were largely peaceful, there was still some damage to some downtown buildings.

Overnight, vandals came and threw bricks, shattering the window of several businesses. The American Cancer Society and the Children's Museum of Atlanta both had serious damage. 11Alive was at the museum as dozens of volunteers, including former Atlanta Falcons player Chris Draft, worked to clean it up.

"This is my community, my neighborhood," he said. "Not just my Atlanta, but even more so, it's my community."

He said he thought it was important to attend the peaceful protest Friday afternoon, but also important to clean up the morning after.

"On Friday, I had the opportunity go to down to the park and seeing the beautiful protests and the diverse people that went down to the Capitol building and came back and unfortunately, later that night it went another way," he said. "It's unfortunate because there was so much positive with the protests that happened."

Draft said he understands the anger in the community over George Floyd's death.

1 / 21
AP
Bill Tracy, of Atlanta, cleans up glass in the aftermath of a demonstration against police violence on Saturday, May 30, 2020, in Atlanta. (AP Photo/Brynn Anderson)

He said he was encouraged so many people showed up to clean up the damage. Executive Director for the Children's Museum Jane Turner agreed. While the damage was heartbreaking, she said the volunteers who came to clean it up meant everything to her.

"Luckily, it's windows, it's bricks thrown in to our lobby. None of the exhibits were compromised, so if there's anything to be grateful for, that's it," she said.

Turner said she wants the museum to be a place people can gather and learn about each other as we learn a way forward. Draft agreed.

"The key is that we are moving forward, there's going to be progress, but unfortunately with progress there are going to be some negative things that happen along the way," he said. "So we take the good and the bad."

He added if there's more damage tonight, they'll all be back to clean it up.