Heading into the holidays there’s a new way to recycle bulky Styrofoam from big packaged purchases. 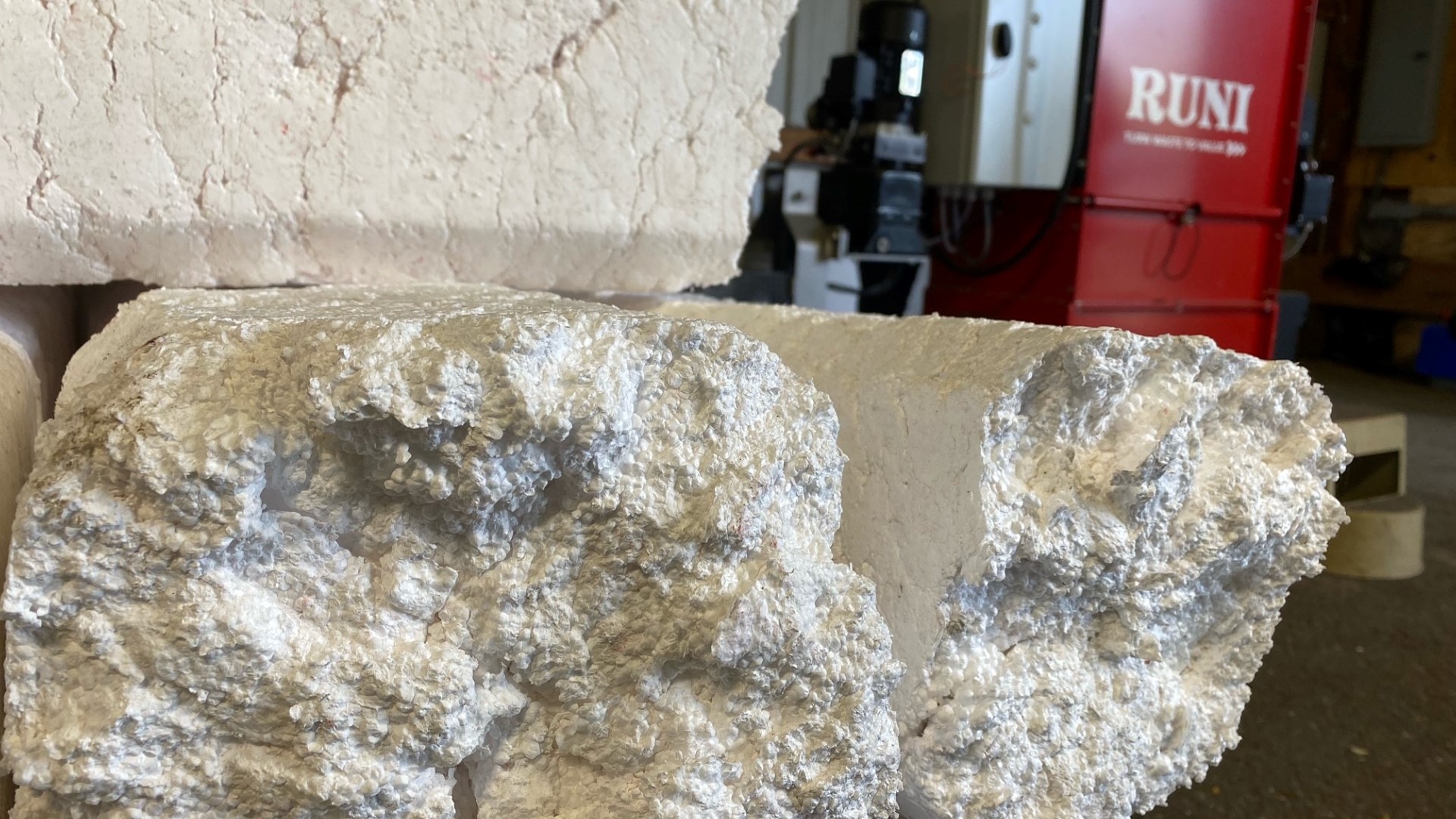 HILLIARD, Ohio — Planning to make some big purchases this Black Friday? Large items come packed in a lot of material, especially a type that is bulky and can be tough to recycle.

For Styrofoam, there's a new type of technology up and running in Hilliard that will take it off your hands and turn it into something useful.

The first time you hear it, the sound of the machine is a little alarming. You may ask yourself, what does it sound like?

It's a sound Dave Denney is among the first to hear in central Ohio.

As crew leader for the city of Hilliard, Denney operates a brand new Styrofoam densifier -- the first one in the region.

It takes bulky Styrofoam through the machine, the kind that comes with big purchases like TVs and furniture, and it comes out in the form of dense bricks which are then stacked like a game of Tetris.

“It's a challenge,” Denney said. “It's almost like a video game trying to get the logs to fit. We'll get better at it."

It's thanks to a $15,000 grant from the Solid Waste Authority of Central Ohio. According to SWACO, each person living in Franklin County produces an average of up to 5 pounds of waste a day.

You know how much bulky Styrofoam takes up in your home, garage, or recycle bin. Now think of that for every household in central Ohio. If it’s not recycled it ends up at the landfill.

"We're trying to reduce that volume and make sure that this Styrofoam goes back into circulation and gets recycled properly,” said Geoff Dew, recreation supervisor for Hilliard Parks and Rec.

The bricks of crushed material will go on to be used as insulation or outdoor furniture, to name a couple of examples.

In the first collection back in October, they crushed 400 pounds of Styrofoam and it took ten hours to do so.

Collection days are open to anyone, and the next one is Dec. 30 outside the Hilliard Municipal Building.

Dew said they are working on partnerships with cities like Columbus and Dublin to eventually bring the equipment closer to more people outside Hilliard.

If you are planning to attend the December drive-thru drop off, there are a few things to keep in mind ahead of time: