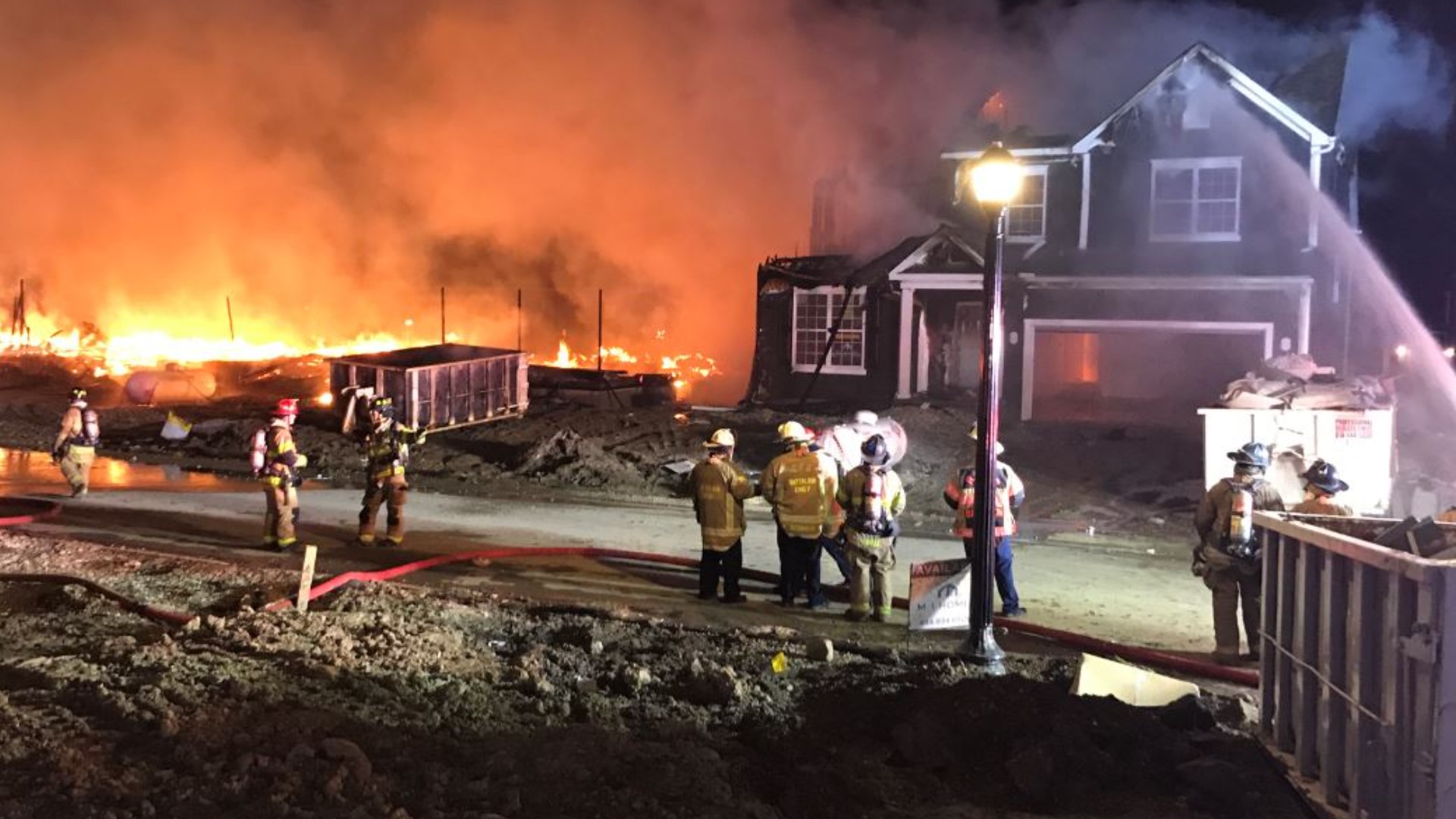 COLUMBUS, Ohio — Firefighters have contained flames that broke out at three houses in a northeast Columbus neighborhood Friday morning.

It happened just before 4:30 a.m. in the 6400 block of Blackwood Drive near Central College Road.

A neighbor called to report the fire after seeing flames from their home, according to the Columbus Division of Fire.

There were no reported injuries.

Investigators are working to determine what caused the fire.