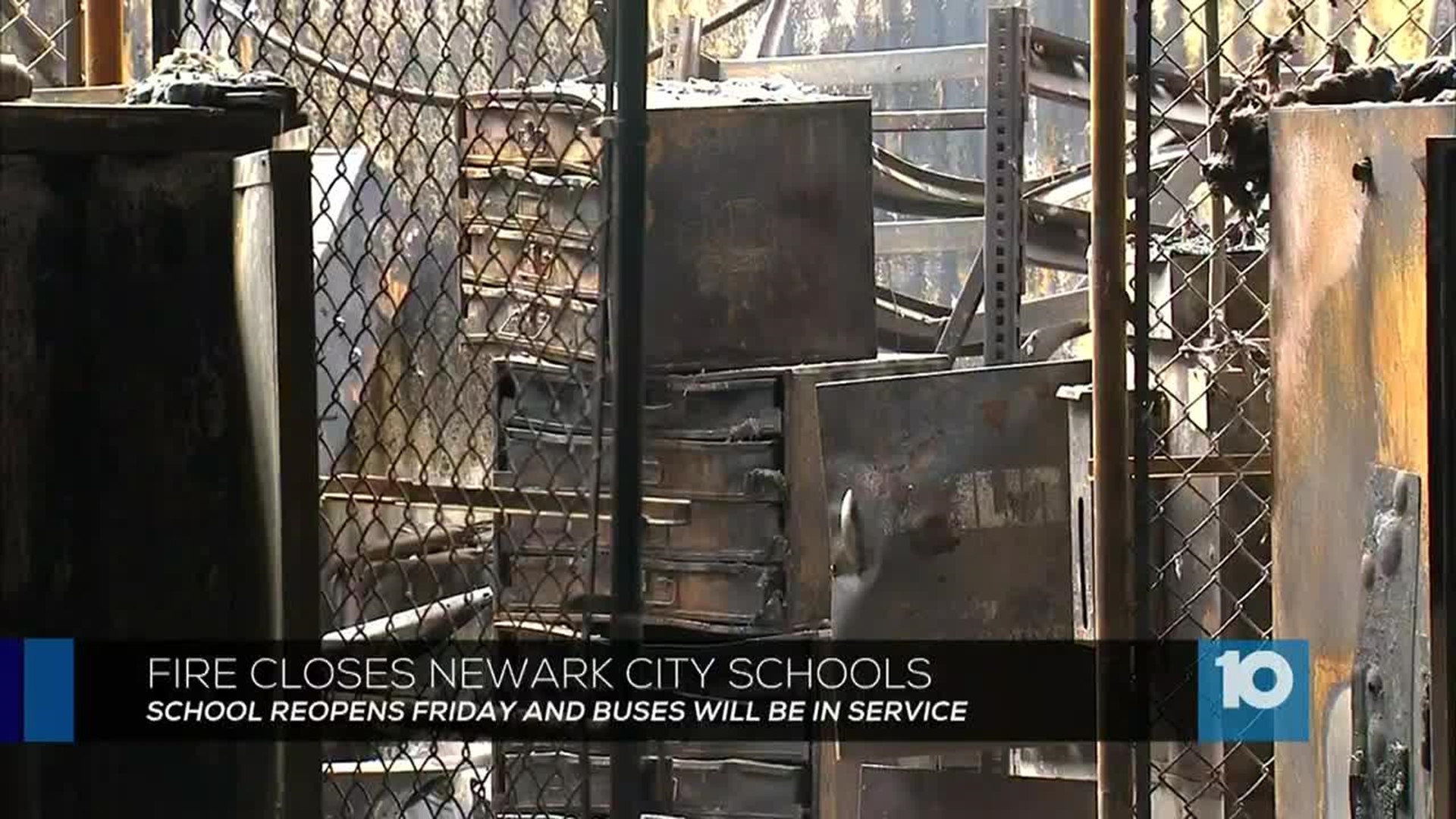 Neighbors heard the alarms going off in the building and called 911. Fire crews arrived on Daniel Avenue to smoke pouring out of the roof.

Investigators believe the fire started in the back of the building where a lot of maintenance equipment is stored.

The communication system with the buses was damaged in the fire. The district has set up a mobile two-way system and power has been restored to part of the building.

School will be back in session Friday.