After the initial shock, come questions and concerns about lasting impact. For those in the Columbus' immigrant community, that fear is very real. 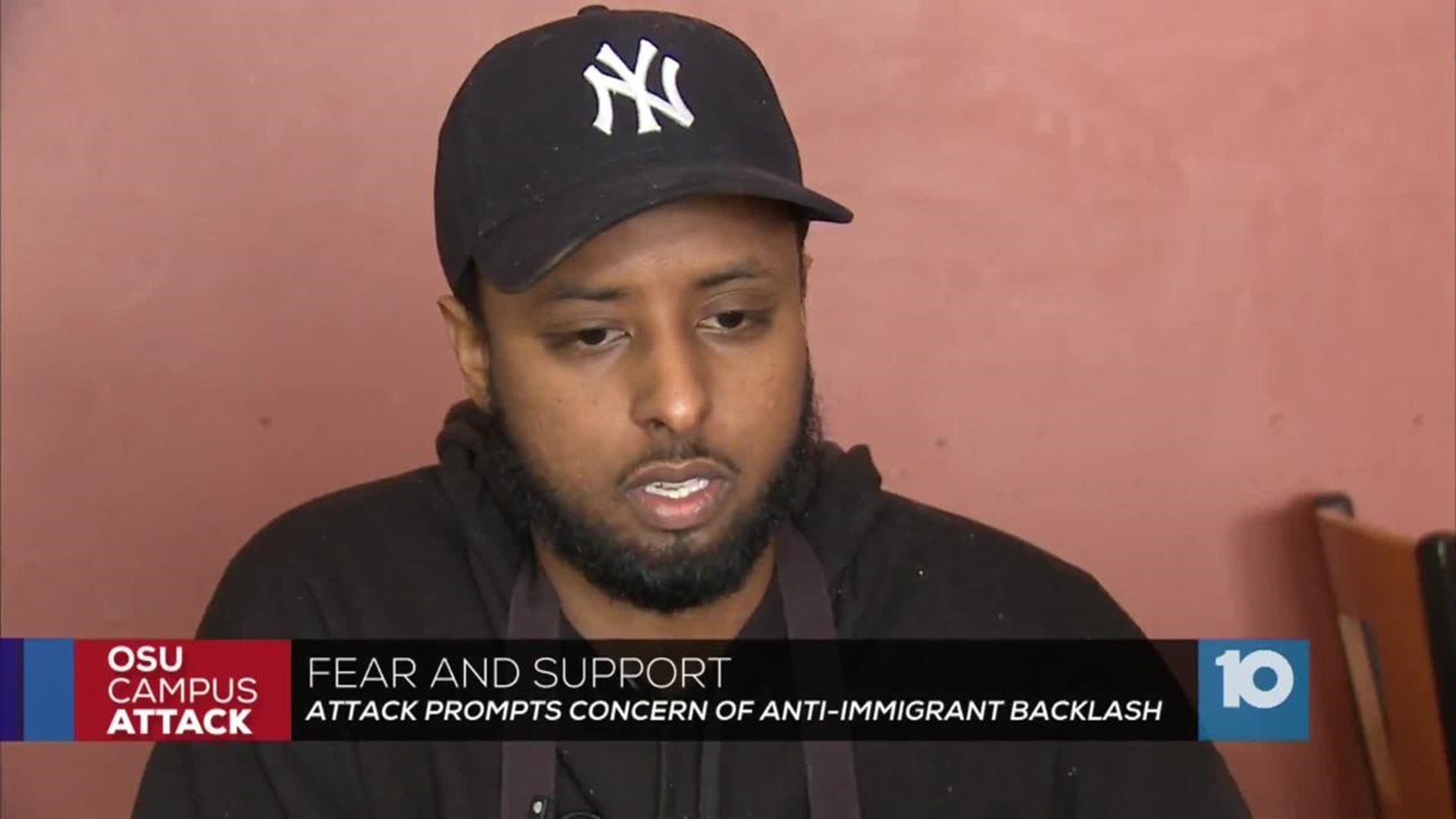 At Hoyo's Kitchen in north Columbus, the fare is fast, casual Somali and from the very best source.

"We named it after Mom," said AB Hassan. "Hoyo means mom in Somali. So it's paying homage to her."

Hassan's parents came from Somalia to America in the 1980's.

For him, Columbus is home.

"It's the Midwest hospitality. Yeah, we definitely feel it," he said.

And that includes Ohio State.

The attack Monday cut deep for him, both as a Buckeye and as a Somali-American.

"We went to sleep the night before and nothing was wrong. And one person can change your whole life" said Hassan.

Hassan and his family didn't have to know the OSU attacker to fear the impact of his actions.

"For all the positives that we've been trying to cultivate, one person can destroy all of that" said Hassan.

Lori Gum doesn't have to be Muslim to know the fear of being targeted.

"Historically the LGBT community knows about hate crimes and violence," she said.

That's why Tuesday she and the staff of Stonewall Columbus decided to send a message, with a meal at Hoyo's.

"We just wanted you to know you're supported," she told Hassan.

And she wasn't alone.

Despite the gestures of good will and solidarity, local immigrants and refugees, and those who work with them, some fear the broad, lasting impact of the attack.

In the last year her agency has resettled more than 800 refugees in Columbus.

"Amongst any group of people, there are going to be people who commit crimes and do terrible things. But you can't condemn an entire community, or an entire faith, based on the acts of one individual."

Which is why on this day, something as simple as a meal can mean so much.

"A small gesture it may be, but sometimes the smallest gestures can be really powerful," said Gum.

"I can't put it to words," said Hassan. "It's a beautiful thing. I appreciate it very much. Our family appreciates it."