In 2011, Wayne Campbell's son, Tyler, died of an accidental overdose after a battle with addiction. 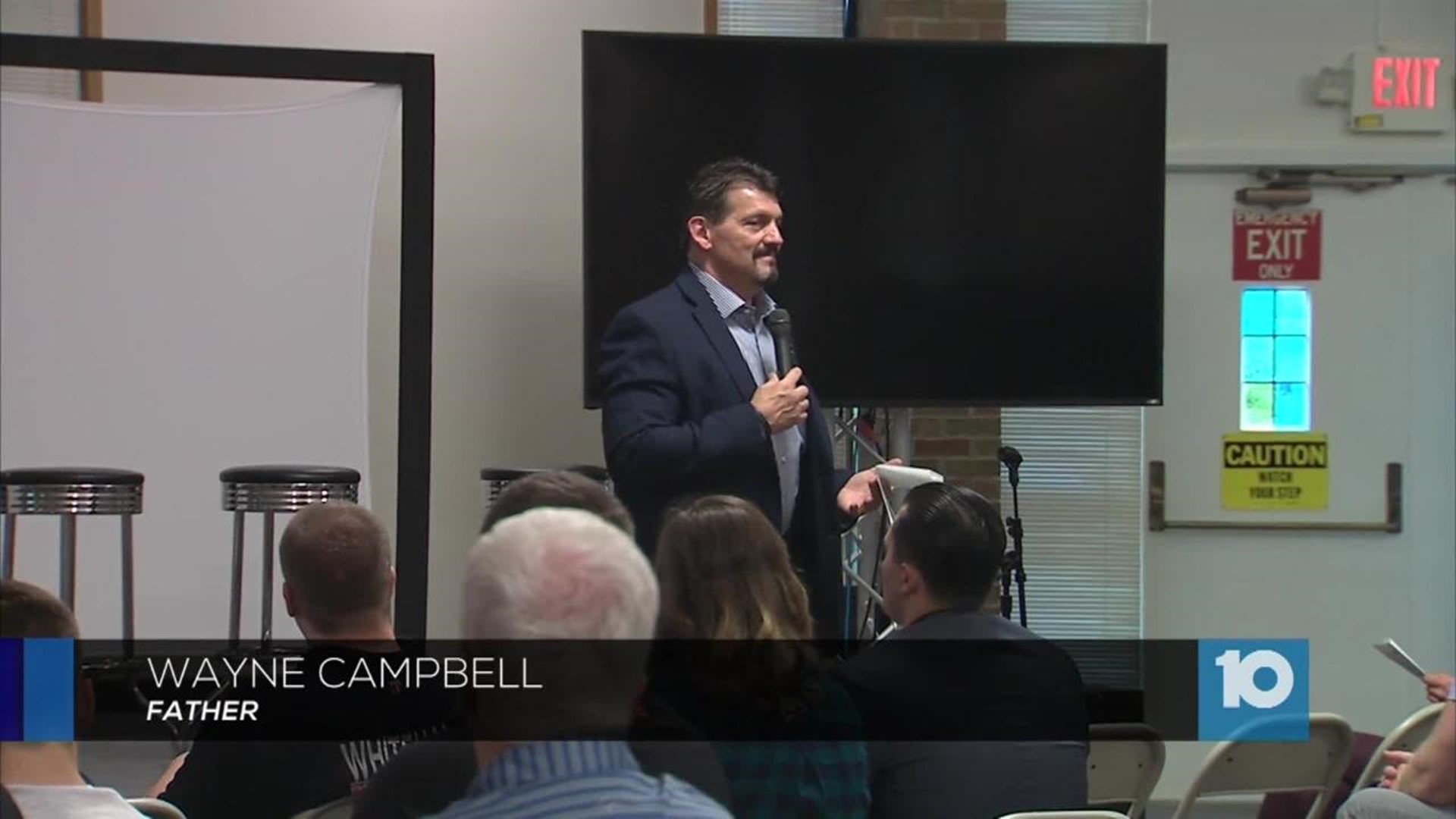 At the Reynoldsburg United Methodist Church, health care providers and addiction counselors gathered to have a direct community conversation about the opiate epidemic that's killing as many as 10 Ohioans every day.

Wayne Campbell was exposing the harsh reality of addiction long before people thought of it as an illness.

In 2011, Wayne's son, Tyler, died of an accidental overdose after a battle with addiction that no one could have predicted.

In 2007, Tyler graduated from Pickerington High School North where he excelled in academics, baseball, and football. He earned a spot playing football for the University of Akron.

Tyler was 19-years-old when an injury led to prescription painkillers and ultimately trapped Tyler in the fog of opioid addiction.

"We had to air our dirty laundry in order to get this message to the next family,” said Campbell.

Tyler's parents were publicly sharing the pain of their loss years before parents began to understand no one is immune.

"How else were they going to learn that blue eyed, blonde haired suburban kids are getting wrecked with this, also?” questioned Campbell.

Campbell said a recent survey revealed one out of five teenagers admitted they’ve taken a prescription drug that wasn’t prescribed to them by a doctor. He urges parents to talk to their teens about the dangers of addiction.