Father of Kirkersville killer discusses son’s past, events before shootings

Kevin Landers spoke with Thomas Hartless Sr. about his son's past, the relationship with Medrano and what he would say to the victims' families. 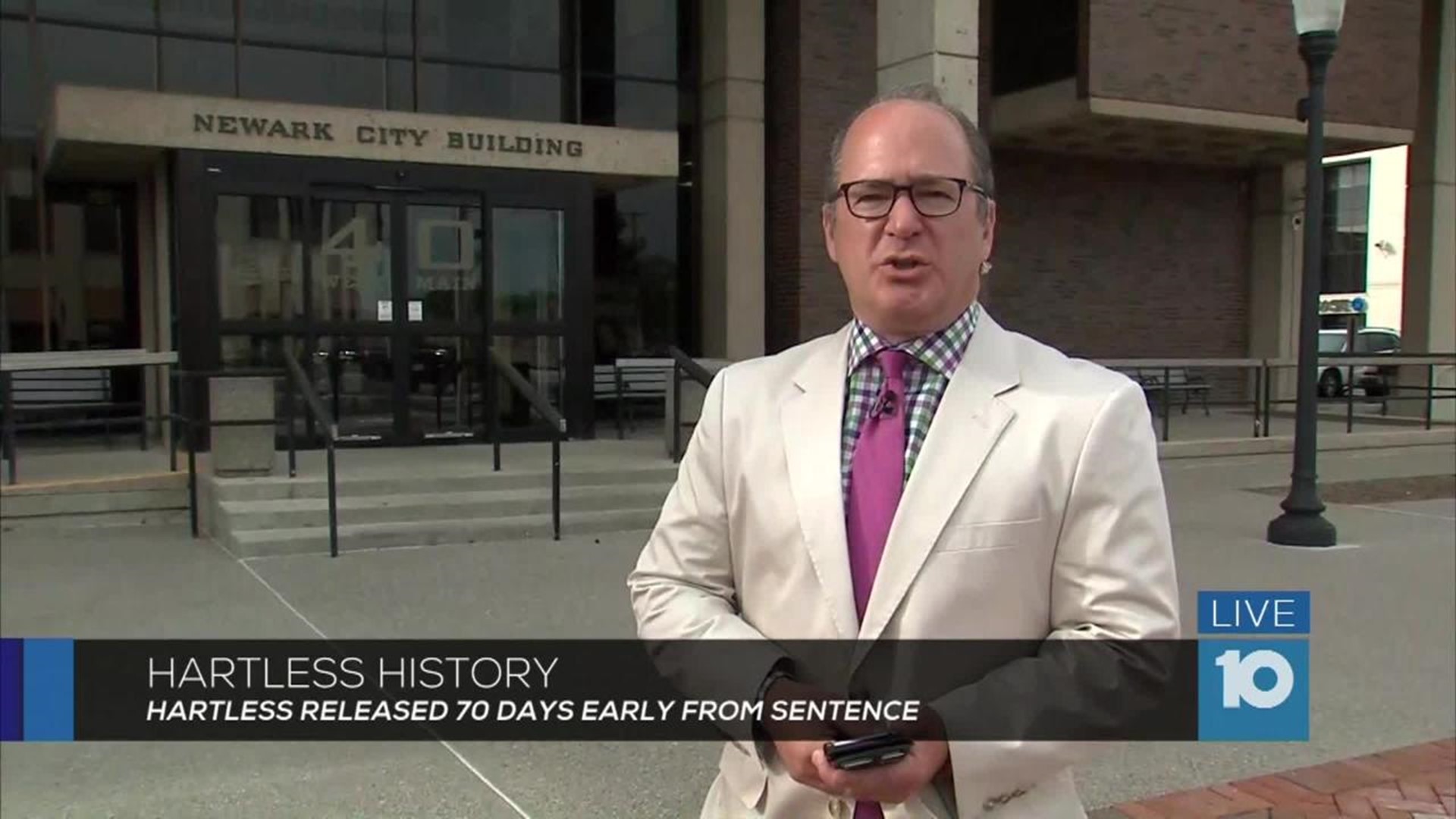 The father of the man who killed three people, including the Kirkersville police chief, called the events of last week "a tragedy that no one will ever forget."

Medrano had been involved in a relationship with Thomas and had previously sought protective orders against him in connection with domestic violence cases.

Kevin Landers spoke with Thomas Hartless Sr. about his son's past, the relationship with Medrano and what he would say to the victims' families.

Landers: Was your son diagnosed as bi-polar?

Landers: How old was he?

Landers: Was he getting help?

Hartless: He was taking pills, but nothing helped. Doctors said he wasn't getting enough oxygen to his brain.

Landers: You know your son had a violent temper. We've heard he was raised in a violent home. Verbal and physical abuse.

Landers: Did you two go hunting together?

Landers: He's a felon. How was he able to possess a gun?

Hartless: He went hunting with a muzzleloader and bow.

Landers: Isn’t that a gun?

Hartless: [A] muzzleloader is a primitive weapon, that's allowed, I made him look it up to be sure. He did have a shotgun.

Landers: he's not supposed to have a gun. Did he buy it?

Hartless: Yes, from a friend. I told him he wasn't supposed to have it because of his record. He told me I know I'm going to sell it to make money.

Landers: Did he use that gun to commit the murders?

Hartless: I don't know what gun he used. When I heard about it, it hit us like a ton of bricks.

Landers: I was here when BCI took your guns. Were any of your guns missing?

Hartless: No, I bought his guns from him.

Landers: Your son and his girlfriend had a tumultuous relationship.

Hartless: Yes, because she kept filing [reports] and they kept charging him. I told her if you don't like him stay away, but she'd call him every morning.

Landers: Did you talk to your son the day of the shooting?

Hartless: He called his mother and me. He called her and he said like three or four times he loved her…[he] told me the same thing.

Landers: Did you think something bad was going to happen?

Hartless: We didn't know. We thought it was strange.

Landers: Was your son doing drugs?

Hartless: Oh no. You won't hear that from anybody. I asked the coroner if they found any drugs in his system and [said they] didn't find anything. In fact, he had a friend who rolled a joint one time in his car and my son walked home. He didn't like being around drugs.

Landers: What would you like to say to your son's girlfriend’s family?

Hartless: That was wrong but I didn't know them and they didn't know me. I don't believe anybody deserves that.

Landers: What about the family of the officer?

Hartless: I would want to talk to her. I would say I'm sorry, there's nothing I can do about it.

Landers: You know your son had a violent temper.

Hartless: I do. He'd just click and he'd hurt you or walk away in mid-sentence. He couldn't concentrate on things. He would go measure something and come back and wouldn't remember.

Landers: Did he have ADD?

Landers: Did your son hate police?

Landers: Why would he shoot a cop?

Hartless: He was waiting in the weeds for her come out of the front door and I guess the officer told him to come out and when he's locked in, he's just locked in. I guess he wasn't going come out. It's a tragedy that no one will ever forget.