Blue Jackets took their tributes to the Arena District and social media on Monday, writing messages of love and placing flowers at the doorsteps at Nationwide Arena. 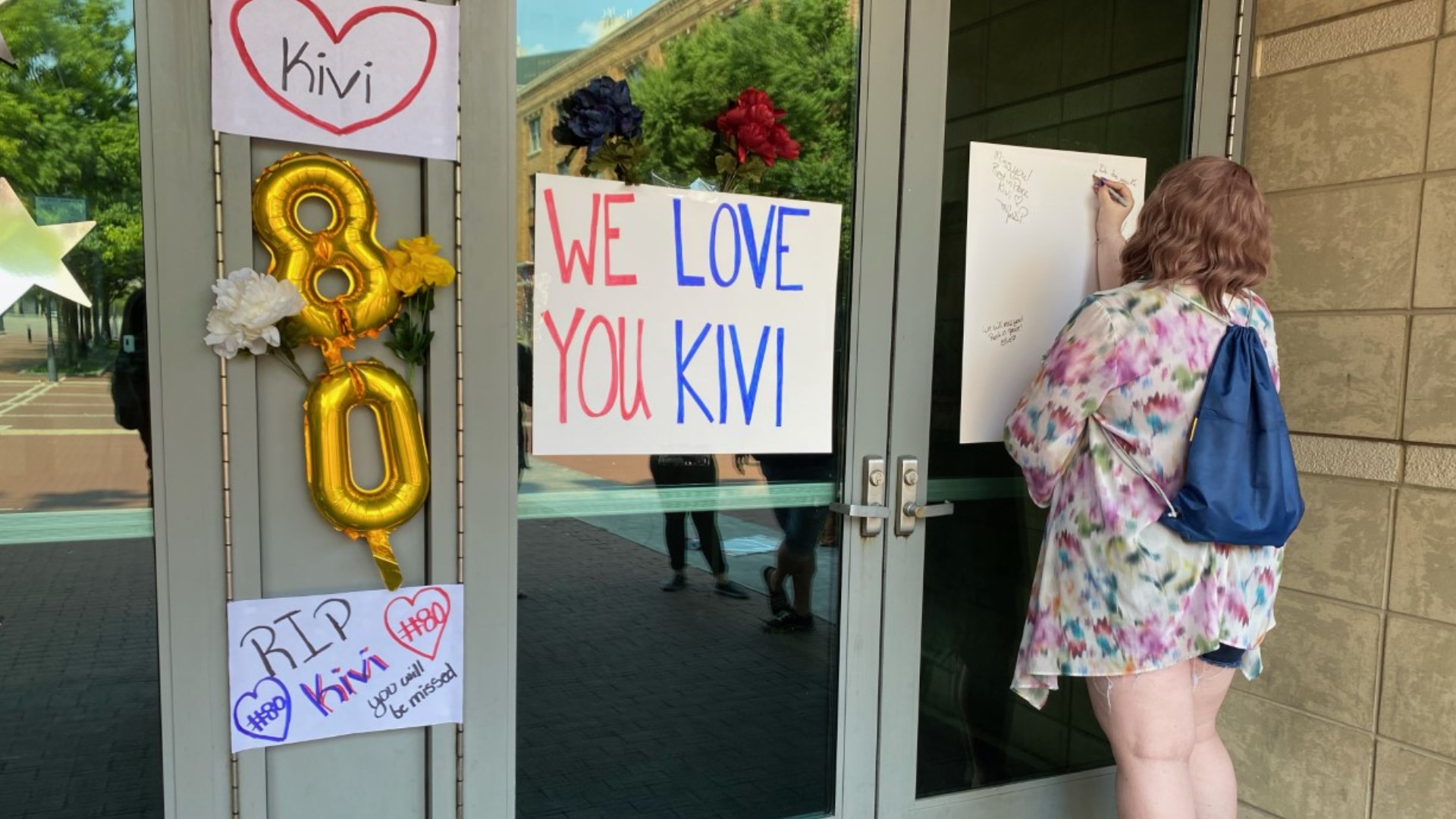 COLUMBUS, Ohio — During what was supposed to be a festive Fourth of July weekend, the Columbus Blue Jackets and its community woke up Monday morning to the tragic news of Matiss Kivlenieks' death.

The 24-year-old goalie died Sunday night from chest trauma caused by a mortar blast, according to a medical examiner in Michigan, where the tragic accident took place.

Blue Jackets fans paid their respect to Kivlenieks in the Arena District, putting up signs and placing flowers at the doorsteps of Nationwide Arena.

Kristi Cooper was one of the many fans who honored the goalie by leaving a hockey stick outside her front door and a tweet with the hashtag #SticksOutForKivi.

Not long before Kivlenieks passed away, Cooper's father was honored by the Blue Jackets in a big way with a tribute on the jumbotron and his own personalized jersey.

"I lost my dad in August and the CBJ team had been so good to him. They honored him as a veteran. When he passed away, they all tweeted out to him," Cooper said.

Monday's news is also heartbreaking for Ellen Volner. Kivlenieks lived with Volner and her family when he played junior hockey in Minnesota from 2014 to 2015.

"Matiss made every day a good day," Volner said. "He was such a goof. He found joy in everything he did and worked hard for his success. I am completely heartbroken by this news."

During game four of the Stanley Cup finals, the Tampa Bay Lightning and Montreal Canadians held a moment of silence for Kivlenieks.

Thank you @NHL, @CanadiensMTL and @TBLightning for that touching tribute.

And thank you to everyone in the hockey world for your support today. We love you, Kivi. pic.twitter.com/LjYiMUBjJH

Police in Novi, Michigan, near Detroit, where the incident took place, said Kivlenieks was in a hot tub at a private residence when a mortar-style firework leaned over and fired at people nearby.

Kivlenieks ran from the hot tub when he slipped, fell and hit his head on the concrete, according to police.

According to a release from the Blue Jackets, medical personnel responded immediately, but Kivlenieks died not long after.