Family says viral video of unrelated woman coughing on someone has led to harassment, death threats

The woman on the video was outed by the internet community and now a man says he's been mistakenly identified as her husband. 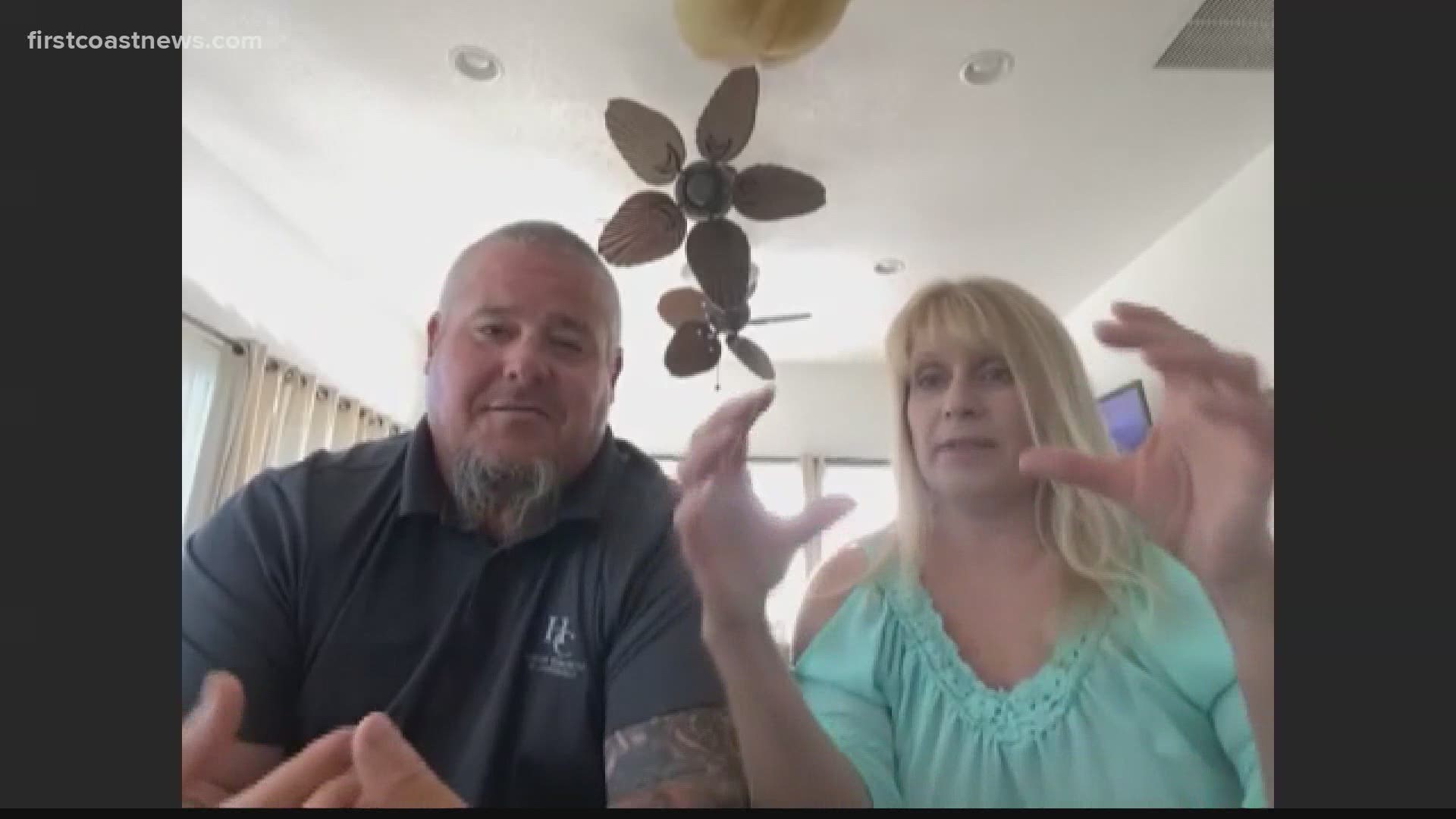 JACKSONVILLE, Fla. — A viral video showing an angry customer intentionally coughing into the face of another customer is having unexpected fallout for a couple who says they are in no way related to the woman, even though they share a last name.

They're now pleading for the death threats and nasty calls and emails they've been inundated with to end.

Since Saturday, Lisa Hunter says she has been flooded with more than 150 angry and threatening calls from strangers as far away as Canada.

"They wanted to put a bullet through my head. That's what they said," she told First Coast News Monday night.

The internet community went to work after the video was published quickly, if unofficially, identifying the woman. Hunter says someone wrongly connected her husband and his business, Hunter Concrete of Jacksonville, to the woman because both men have the same name.

"They think that he is her husband and that's why they say husband's business and they put all of that on there. They want to take it down. They want to ruin the business," Hunter said.

Now she fears for their safety.

"They took a hold of all of our information and put it on Twitter. They put everything on there so everyone would know, and it wasn't us," she said.

Hunter says the threats and harassment came out of nowhere.

"It's really been frustrating," she said. "Terrible."

The video was recorded by Heather Sprague, a brain tumor patient with a compromised immune system.

She says she started filming when the woman was being verbally abusive to a Pier 1 employee. The woman spotted Sprague taking the video, walked up to her, coughed directly in her face then called her a name.

“I wanted her to know she was being held accountable for her actions," Sprague said. "It only took her to decide she was done and to leave the store, which really was the goal."

Now, Hunter says she and her husband received so many hateful emails this weekend that it crashed their company's server.

"The people I actually talked to, unfortunately, said the most horrific things as far as wanting to kill me and do a lot of other things," she said.

Hunter and her husband want to set the record straight and let everyone know they are not connected to the woman in this video.

"We just want to let everybody know that was not us," she said. "Hunter Concrete of Jacksonville does not condone that kind of behavior."

The Hunters said they've reached out to police who are now regularly patrolling their business to keep an eye out.