Family says loved one died a hero trying to save deaf, blind dog

You don't need to see much to know something bad happened here. 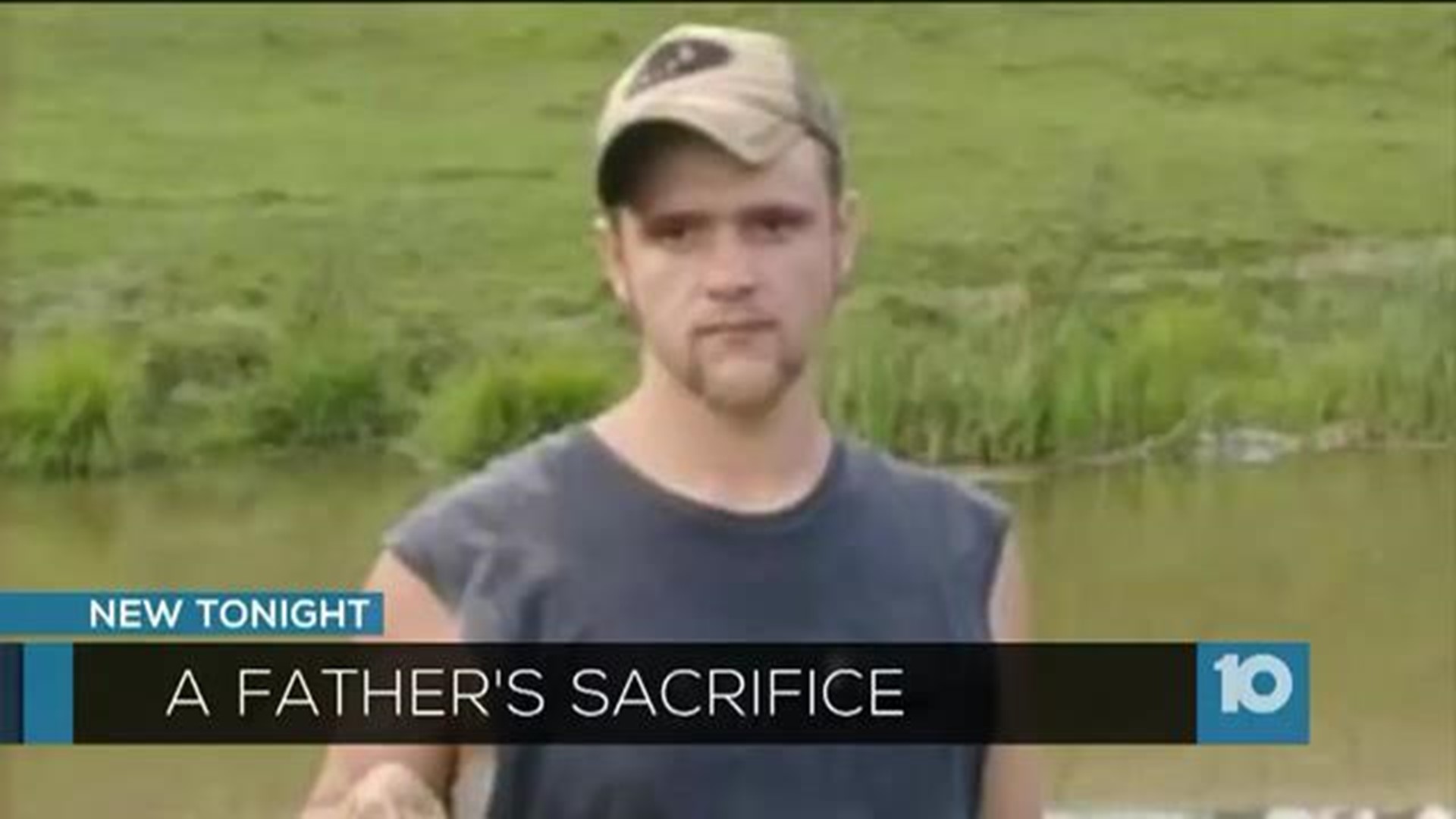 HANOVER TOWNSHIP, Ohio - You don't need to see much to know something bad happened here.

The wind pushes the smell of fire and debris through the air. A child's tricycle sits on a back porch. Soot-covered lawn ornaments seem frozen where they were placed years ago. The side of the home off Brushy Fork Road in Hanover Township is blackened and burned and the siding is melted. It's all seemingly held in place by flimsy caution tape.

Something bad did happen here, but it's what you don't see that also reminds us something good happened here, too.

"Pretty much his quick-thinking actions is what made everybody get out," Valarie Hartsough said.

Hartsough says it happened quick. Sunday morning about 4:00 her brother-in-law woke up to see flames shooting out of his closet. He yelled at his wife and son to get everyone out.

"By the time he got out of the house...flames were shooting over top of him," she said.

In the house were seven people including Carl and Kathryn Aeby, their 24-year-old son, Carl Aeby "CJ" Jr., his girlfriend and three children.

Hartrsough says thanks to Carl Jr. taking charge, everyone, including a family dog, made it out safely.

"And then they realized that the other dog didn't come out of the house," she said.

Hartsough says her nephew couldn't handle that his 13-year-old deaf and blind dog was still inside. Against his family's wishes he went back in to get him.

"CJ decided to take a shirt, cover his face and he went back in the fire, anyway," she said.

Carl Aeby Jr., along with the dog he tried to save, died in that fire. He was a father-of-two to a 4-month-old and 5-year-old, according to Hartsough.

His family wants to remember the good. They say because of Carl, his parents, his girlfriend and her child, their 4-month-old baby and his nephew are alive today.

"The biggest thing to remember him by is just that he was a good person and he truly died a hero," Hartsough said.

The family of Carl Aeby Jr. has a fundraising page to help pay for funeral costs and to help get his family back on their feet. If you would like to donate, click here.

The family says it is currently staying in a hotel, thanks to The American Red Cross. They are also planning a spaghetti dinner benefit for "CJ" on Thursday, May 30 from 5:00 p.m. to 8:00 p.m. at the old Maryann School located at 11152 Wilkins Run Road.