Ablessen Isom's family says the 16-year-old has woken up on her own and is responding to verbal commands. 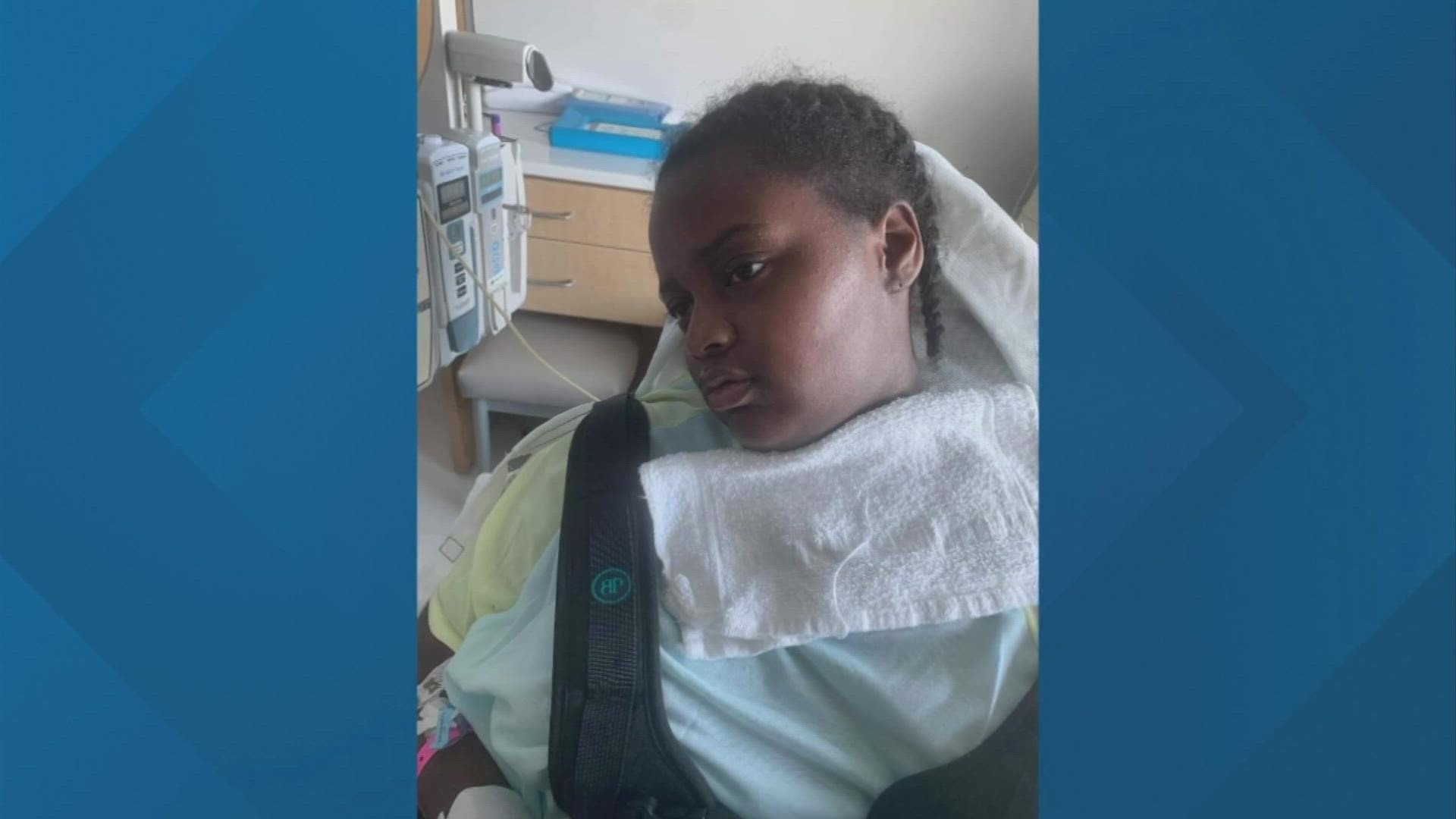 COLUMBUS, Ohio — A Columbus 16-year-old girl who was left in a vegetative state after a hit-and-run crash in July has woken up on her own.

Ablessen Isom was riding a scooter near the intersection of East Main Street and Carpenter Street on July 2.

At the same time, police say a vehicle on East Main Street went left-of-center, crossed into the westbound curb lane and hit Ablessen.

The impact tossed Ablessen nearly 15 feet into the air. She landed on her head and the driver never stopped.

The trauma caused to her brain left her in an unresponsive vegetative state, but the family says she is now awake, even after doctors weren't sure if she would ever wake up on her own.

The crash left brain damage in multiple spots as well.

The family says Ablessen is responding to verbal commands and is undergoing speech and physical therapy.

Columbus police are still asking for witnesses to the crash to come forward and help solve the case.

The family is in need of help paying for medical expenses, which continue to rise as they fight to keep her alive. If you'd like to donate to the family's GoFundMe page, click here.