There is no word on what may have led to the shooting. 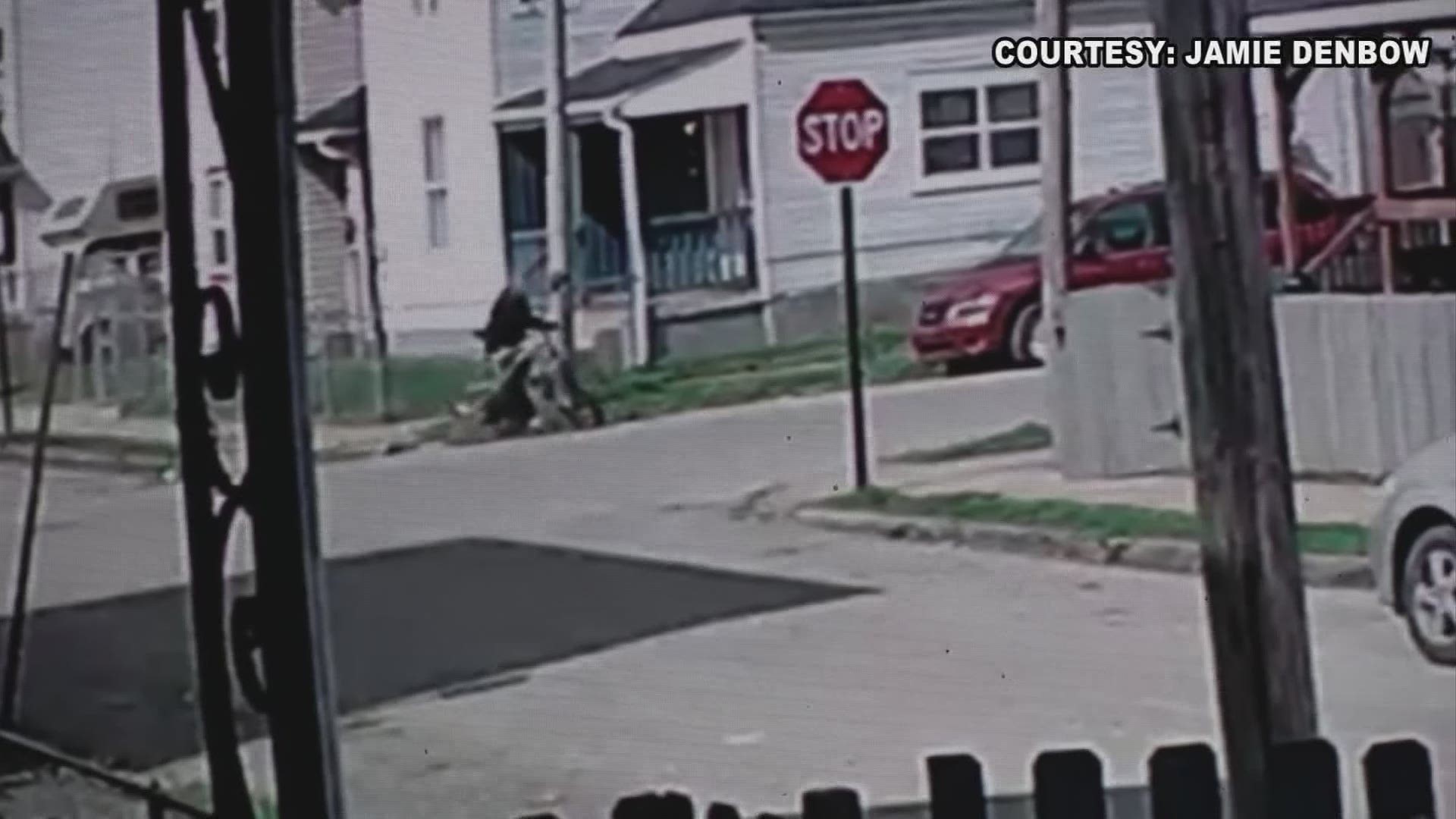 COLUMBUS, Ohio — Columbus police said a 9-year-old girl is recovering after being caught in the crossfire of a shootout between two people on the south side of Columbus Wednesday afternoon.

Surveillance video from the family of the girl showed what happened.

According to police, they were called to the 1800 block of South 5th Street around 4:50 p.m. on a report of a shooting.

The video shows a man riding a bike, circling around a corner and shooting in the direction of several people.

Jamie Denbow, the girl's cousin, said the bullet went through a drainpipe and into the side of the house, hitting the girl.

Police say the girl was shot in the torso but is expected to be OK.

The girl told police she was opening the door when she heard what sounded like fireworks or gunshots.

Police said she didn’t see the person who shot her.

“The violence needs to stop. She’s not even 10-years-old. She got her whole life ahead of her. This is ridiculous,” Denbow said.

Denbow added that many kids live in this neighborhood and a lot of her family as well. But it's moments like this that could shatter an entire family forever.

“I just want it all to stop, that’s it. I mean, how many more lives are going to have to go before it’s all done?” Denbow said.