The crash happened around 8 p.m. Monday around four miles north of the Polaris exit. 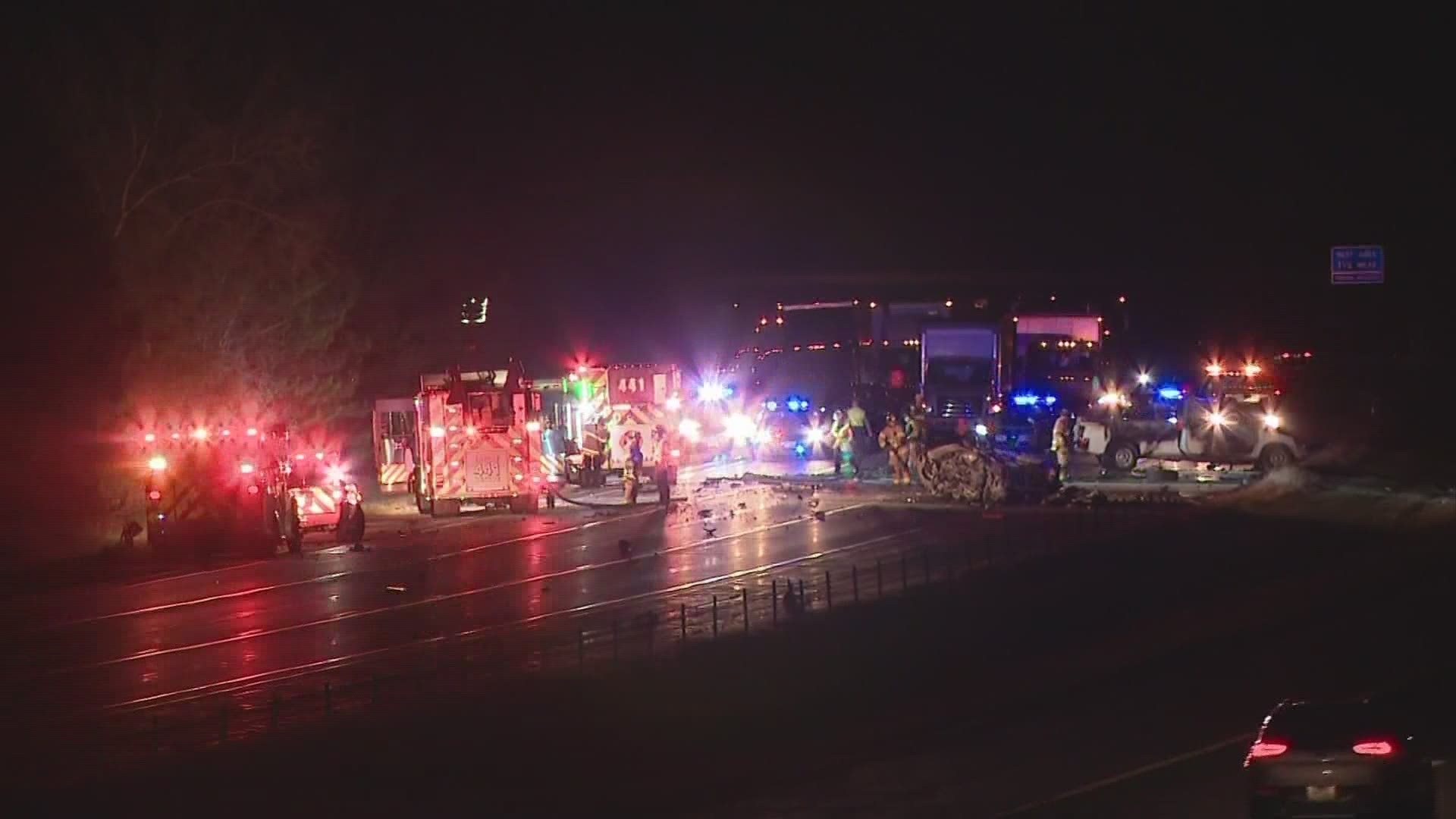 COLUMBUS, Ohio — The Ohio State Highway Patrol has identified a family from Powell who was killed in a three-vehicle crash on Interstate 71 Monday night in Delaware County.

The crash happened around 8 p.m. around four miles north of the Polaris exit.

According to the Ohio State Highway Patrol, the driver of a Nissan Titan traveling northbound drove off the roadway, crossed the median, struck a cable barrier and entered the southbound lanes striking a Toyota RAV4 head-on.

After the impact, the RAV4 struck a Freightliner Cascadia at an angle, overturned onto its top and caught on fire. OSHP said the Titan also caught fire.

The four occupants inside the RAV4 were pronounced deceased at the scene.

It is with great sadness that we shared the news yesterday with families at Liberty Elementary and McCord Middle School that the Sperl family has died as a result of a car accident earlier this week. In addition to their parents, Brian and Abby, the Liberty Elementary community mourns the loss of Lincoln Sperl who was a 6th grader at Liberty and his older brother Bastion Sperl, who was an 8th grader at McCord Middle School. Worthington Schools communicated yesterday with families at the affected schools so students could receive the information with the support of their parents prior to returning to school.

When we return to school on Monday, there will be additional district counselors and staff available for students and staff who need extra support.

The driver of the Titan was taken to a local hospital with serious life-threatening injuries and is now in stable condition.

Lt. Gurjit Grewal of the Ohio State Highway Patrol says the investigation will take some time.

"There's a lot of different areas that we need to look into. We're still following up with witnesses. It could be a week or two, it just depends," Lt. Grewal said.

The Cascadia driver did not sustain any injuries.