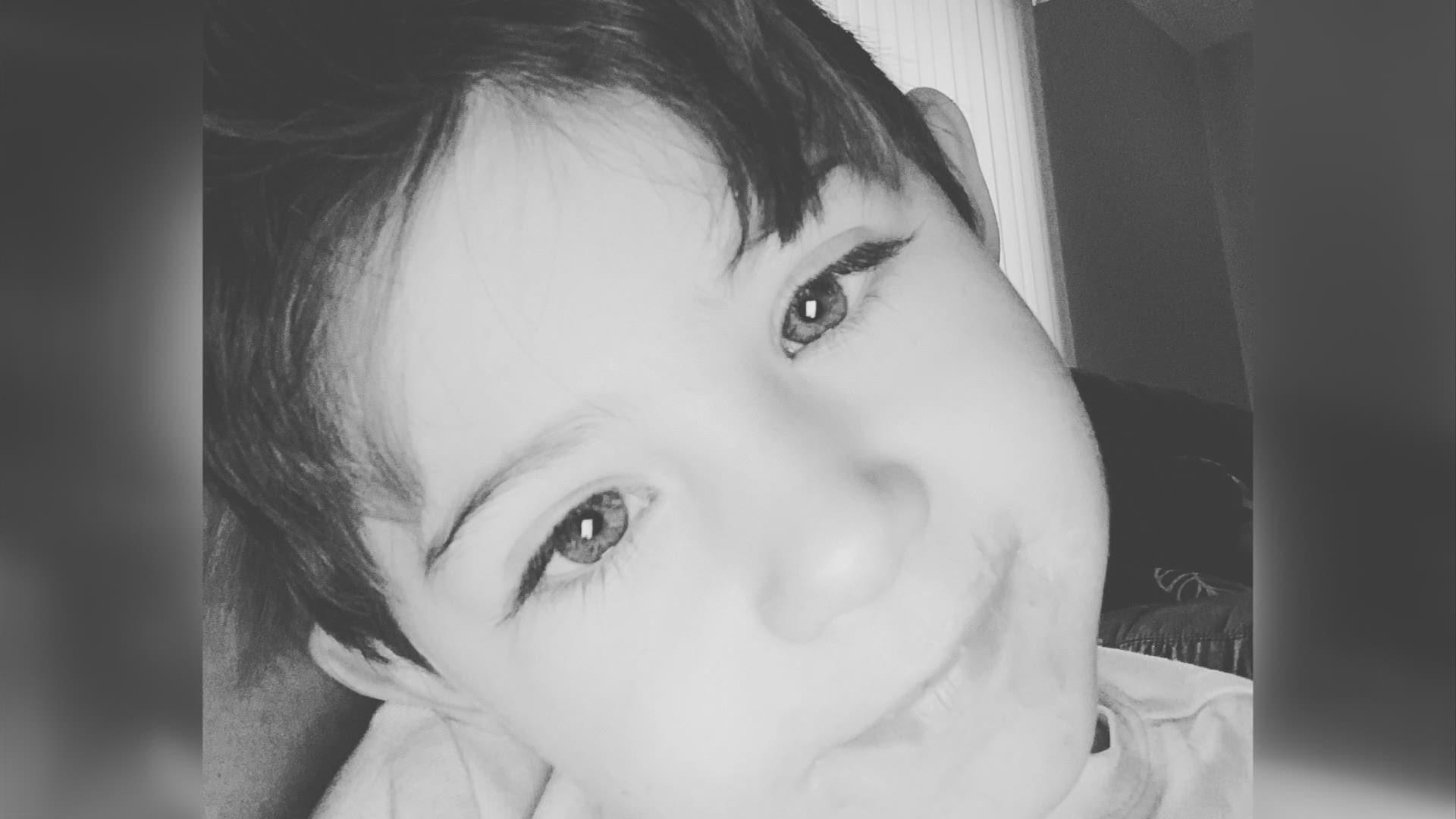 Since the day he was born, Wyatt Cordle has been in and out of hospitals. He has had open-heart surgery for a congenital heart defect known as Dextro-Transposition of the Great Arteries. Wyatt was diagnosed with autism, close to his second birthday, but his family later found out it could be tied to Christianson Syndrome.

CS is a rare genetic condition, which often presents itself in males with developmental delays, autism spectrum disorder and Epilepsy, according to the National Institutes of Health.

Cassi Cordle says the condition leaves her with sleepless nights, as Wyatt tosses and turns. She has had to reduce her hours at work to part-time to give him the attention that is required.

“It’s very challenging to get through the day,” said Cordle.

The family is seeking a service dog through 4 Paws for Ability, based in Xenia, Ohio. Their application has been approved, but the fundraising to get a puppy trained and ready to support Wyatt is just beginning.

The process to receive a service dog could take upwards of two years, but it will help Wyatt’s therapy and development for years to come.

"Wyatt just recently had some absence seizures the other day. A dog can detect the seizure coming on minutes before we would realize the seizure is coming so we would be able to get the timer out, the rescue meds quicker. A service dog will help with behavioral issues that may come as he gets a little older and stronger,” said Cordle. “Therapy is very important for him just for the fact that there is regression with Christianson Syndrome, so something that he may have learned, if we don’t keep up with it, he’s going to forget how to do it.”

Wyatt has been through programs at Nationwide Children’s Hospital, the Franklin County Board of Disabilities, and is looking to continue therapy through Academic And Behavioral Learning Enrichment (ABLE).

The family has currently raised more than $5,000 of the $17,000 goal. They currently have fundraisers on Facebook and Funds2orgs.