The dental records of a body found in Westerville are consistent with Emily Noble. 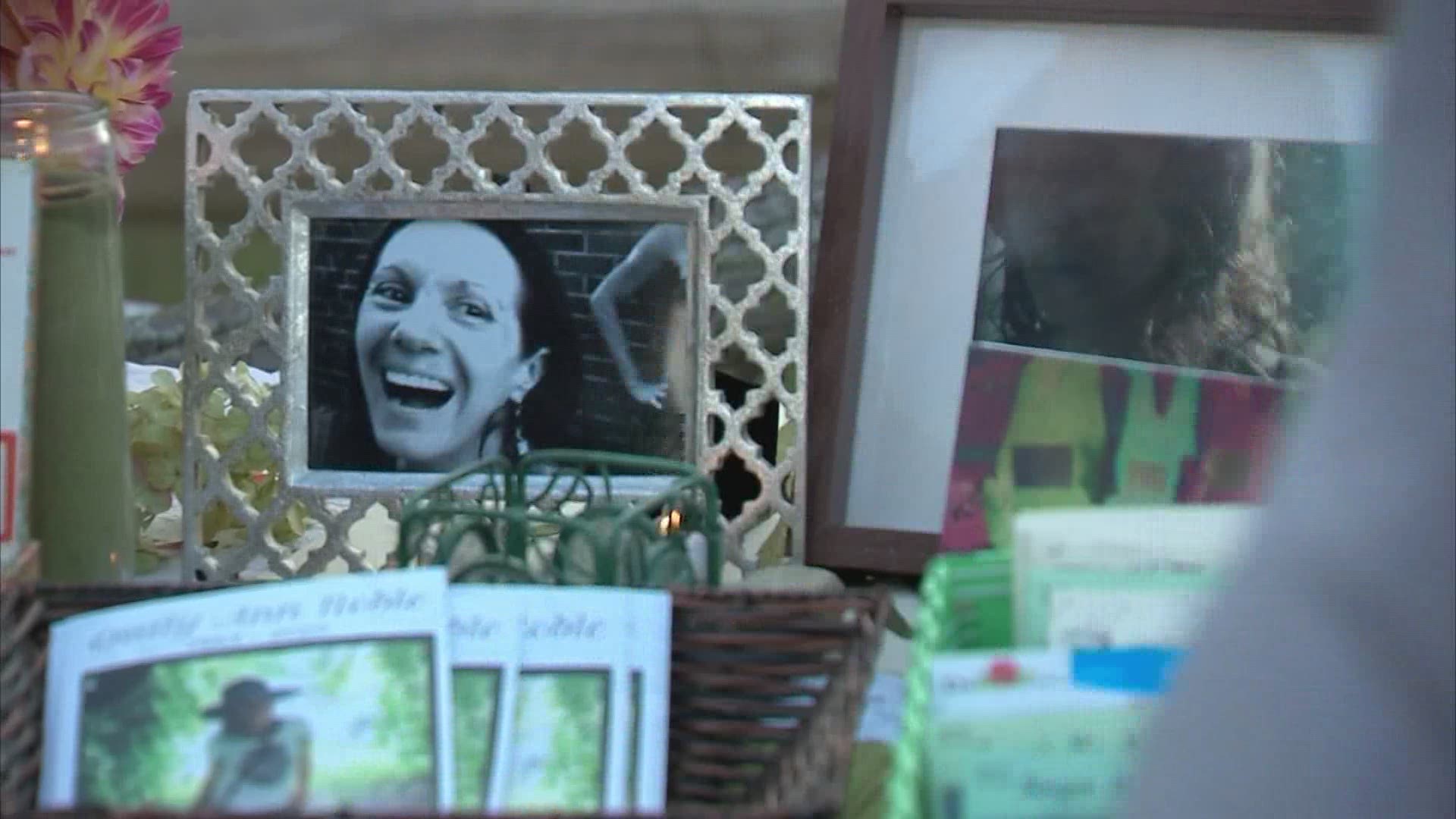 WESTERVILLE, Ohio — Family, friends and community members met near Walnut Boat Ramp in Westerville for a candlelight vigil on Sunday.

It was to honor 52-year-old Emily Noble.

Noble’s husband told Westerville Police she went missing on May 24, on her birthday.

The family told us they picked that specific spot for the vigil because Noble grew up in that area and has always loved venturing outside.

Her sister-in-law, Dawn Noble, told us right now she feels calm. She said the last few days have been, “sobering.”

Organizers set up candles, pictures of Noble, photographs Noble took herself, and balloons.

Many loved ones went up one by one to share their favorite memories with Noble and what they love about her.

Those who spoke up included people who worked with Noble, those who went to high school with Noble, and her close friends.

“It’s validating just to see how many people cared about her and just this large community here to honor her,” friend Wendy Carney-Hatch said.

Wendy Carney-Hatch has been friends with Noble for years and said they’ve always been there for each other.

The past months have brought many emotions to everyone.

“The grief really hits you when everything gets real you know,” Carney-Hatch said.

For months, her loved ones have been searching for her, even people who didn’t necessarily know Noble.

“I thought to myself one day, I want to go look, she’s local so why not help,” Tammy Bellios Penter said.

Many community members with spoke to, like Tammy Bellios and Lyndsey Nelson, said they saw the news of her disappearance on social media and immediately wanted to help in some way.

Noble’s sister-in-law said that meant a lot to the family.

“We’re so appreciative of total strangers coming out to search for Emily, it’s kind of overwhelming knowing how many people were willing to put their lives on hold and just walk the miles, take time off of their jobs it’s heartening to know she had so many people willing to search for her, even if they didn’t know her,” Dawn said.

A body was found last week in Westerville. Police told 10TV the dental records are consistent with Noble, but they are following up with a DNA test.

No official confirmation has been made.

“It just felt like it had to be her,” Carney-Hatch said.

However, they said waiting for any new information had been tough. It’s been even harder not to have any answers as to what may have happened to Noble.

“When you lose somebody, it doesn’t really matter how you lost them, I don’t know that you’ll ever have closure,” Dawn said.

It’s the community’s support that’s helped her loved ones get through these months of heartache.

“It’s absolutely fantastic, she actually had this many friends and more,” Dawn said.

Dawn wanted to point out that Noble’s friends are truly her family, and their support, everyone’s support, is appreciated.

Her friends and family told us Noble is giving, caring, loves nature, loves everything about Columbus, especially the skyline, and is an amazing photographer.