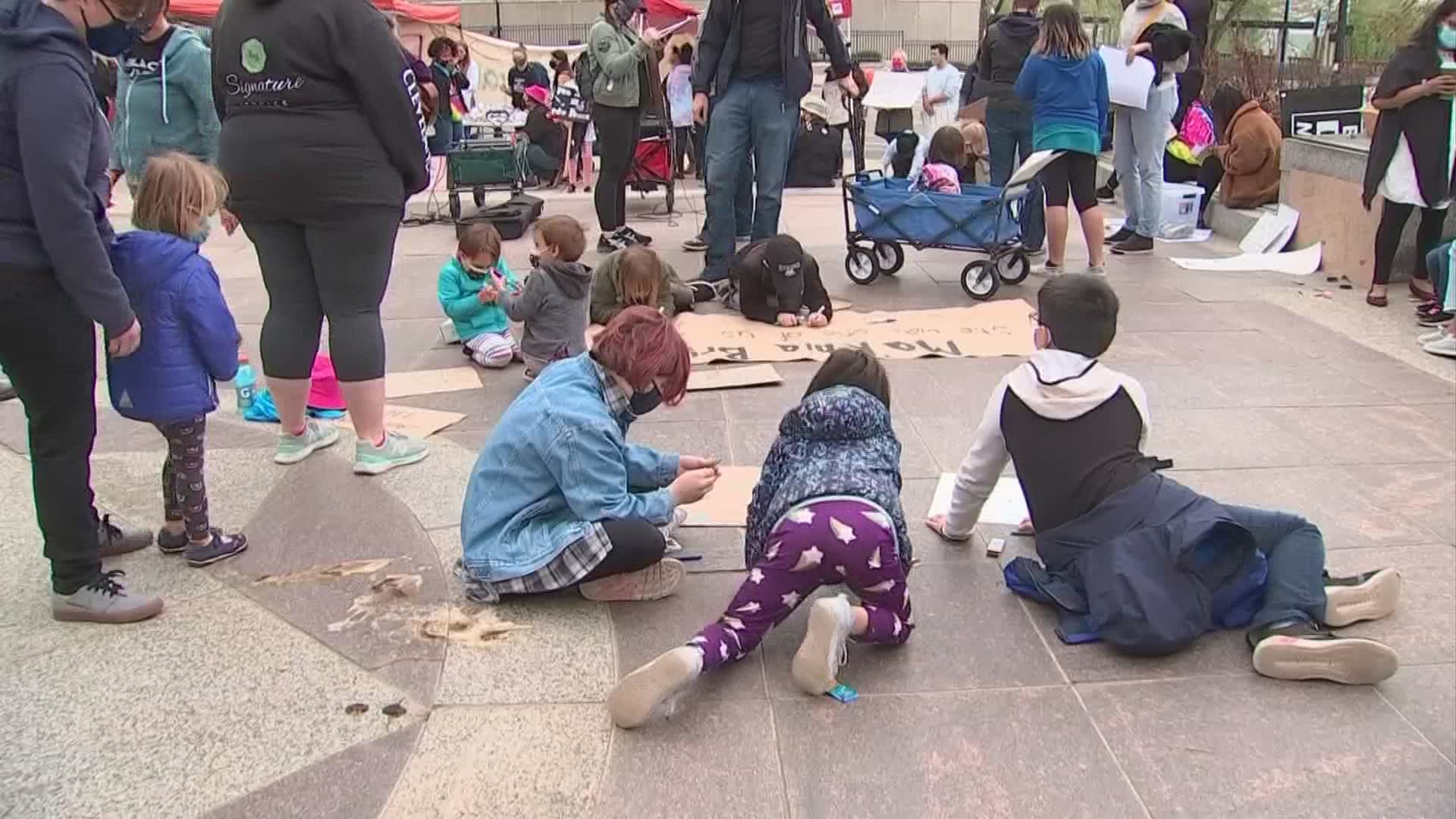 COLUMBUS, Ohio — A family-friendly protest in Columbus is helping parents explain current events to their kids.

The protest outside of City Hall on Saturday attracted hundreds of people, mostly families.

Jeff and Sarah Delcamp brought their two kids to the event.

"I'm realizing how very privileged I am more every day and I just want better for my kids [and] for my students," said Sarah Delcamp, who is a teacher. "I know we can do better."

Jeff Delcamp said he had to have a tough conversation with his six-year-old son, who is Black, after the death of Ma'Khia Bryant.

Body camera video shows Bryant appearing to lunge at another woman with a knife.

"It's very unfortunate that he can't rely on calling 911 for help, but I can," Delcamp said. "I'm hoping that [my kids] get the sense that there are a lot of people that care, and even though things seem really bad, there's a lot of good people in the world that are trying to make a change."

Symone Rhein said she wasn't sure if she wanted to bring her three kids to the protest or not, but then she remembered an experience she had when she was a child.

"My mom took me to see Nelson Mandela when I was a kid. I for sure didn't understand the gravity of him being released from jail after so long and us having the opportunity to hear him speak, but I'm 40 years old now and I remember that. I remember my mom's emotion, my dad's energy, and the energy of the people around us," Rhein said. "I hope things like this they [will] remember and it resonates with them."

To read how you can talk to your kids about current events, click here.