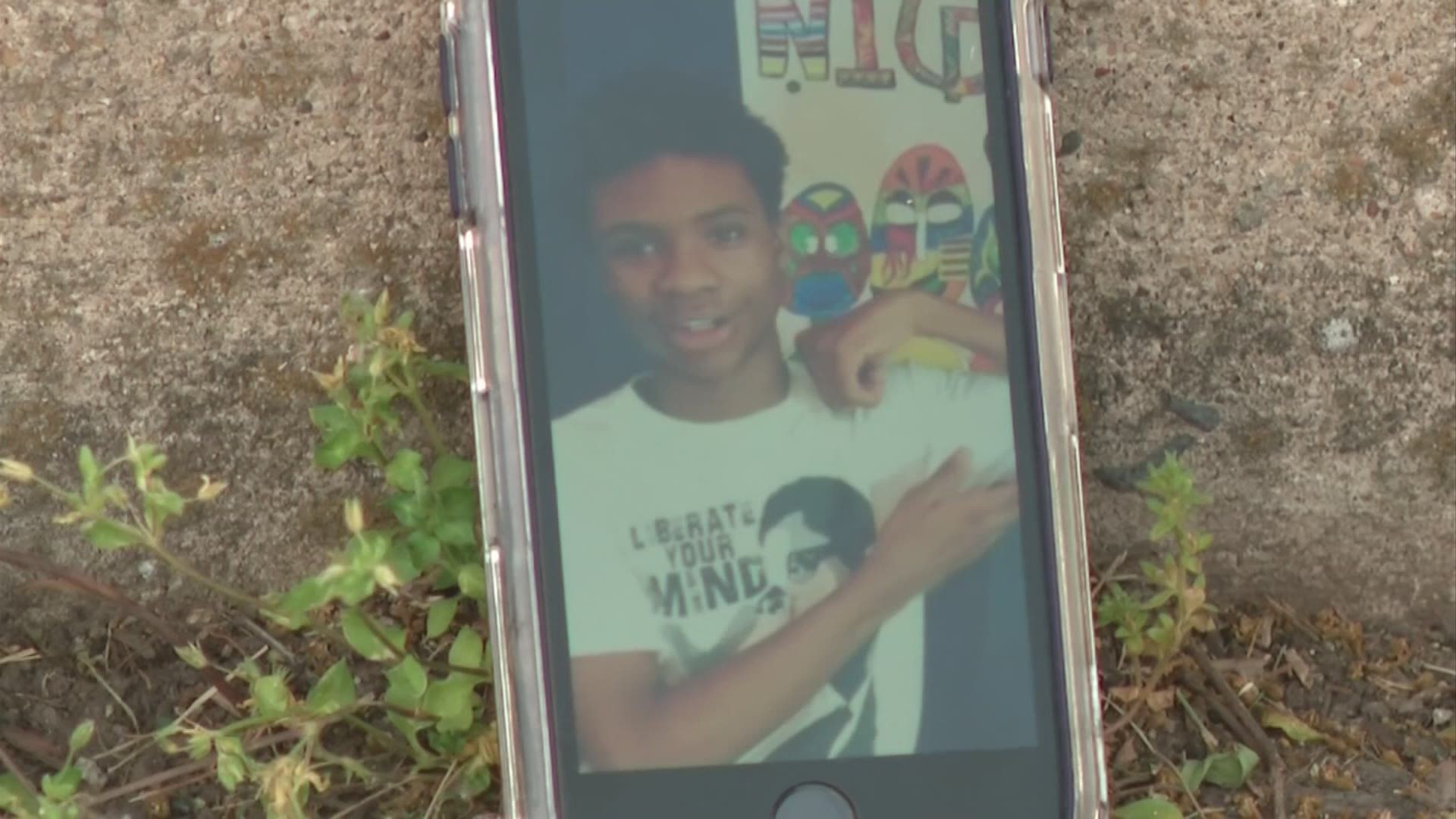 A birthday. A moment. Your moment to wish for anything. An ask that is sealed with a gust of breath turning flame to flittering fume. His candle, though, he can’t blow out.

Finch would have been 17. The 16-year-old was shot and killed on May 24 after police say an argument escalated. Family members said their final goodbyes Wednesday at a celebration of life service.

“I don’t think nothing would be able to help me understand why my son is not here,” Sims said.

Sims says she believes Ty’Sean knew the two teens, but is unclear of their relationship. At Finch’s service, a mother’s plea to teenagers to put down the guns.

“When is enough enough,” Sims said. “When can we go back to how it used to be?”

“It’s more than one family that has lost a loved one to violence,” Sims said.

His birthday. His moment to be remembered. His 15-year-old brother Ty’Wan said he will always remember his older brother for the way he walked and talked and how he was a positive person. He now wears a pin on his shirt showing his brother’s picture.

“I’m gonna always keep this pin on me at all times,” he said.

Memories; ones that must never be forgotten. A wish from a family that will forever be fulfilled.