Saturday's gathering outside the American Legion on Demorest Road was for family, friends, strangers, well-wishers and anyone who's been affected by a missing person. About 100 people showed up for prayer and a candlelight vigil. 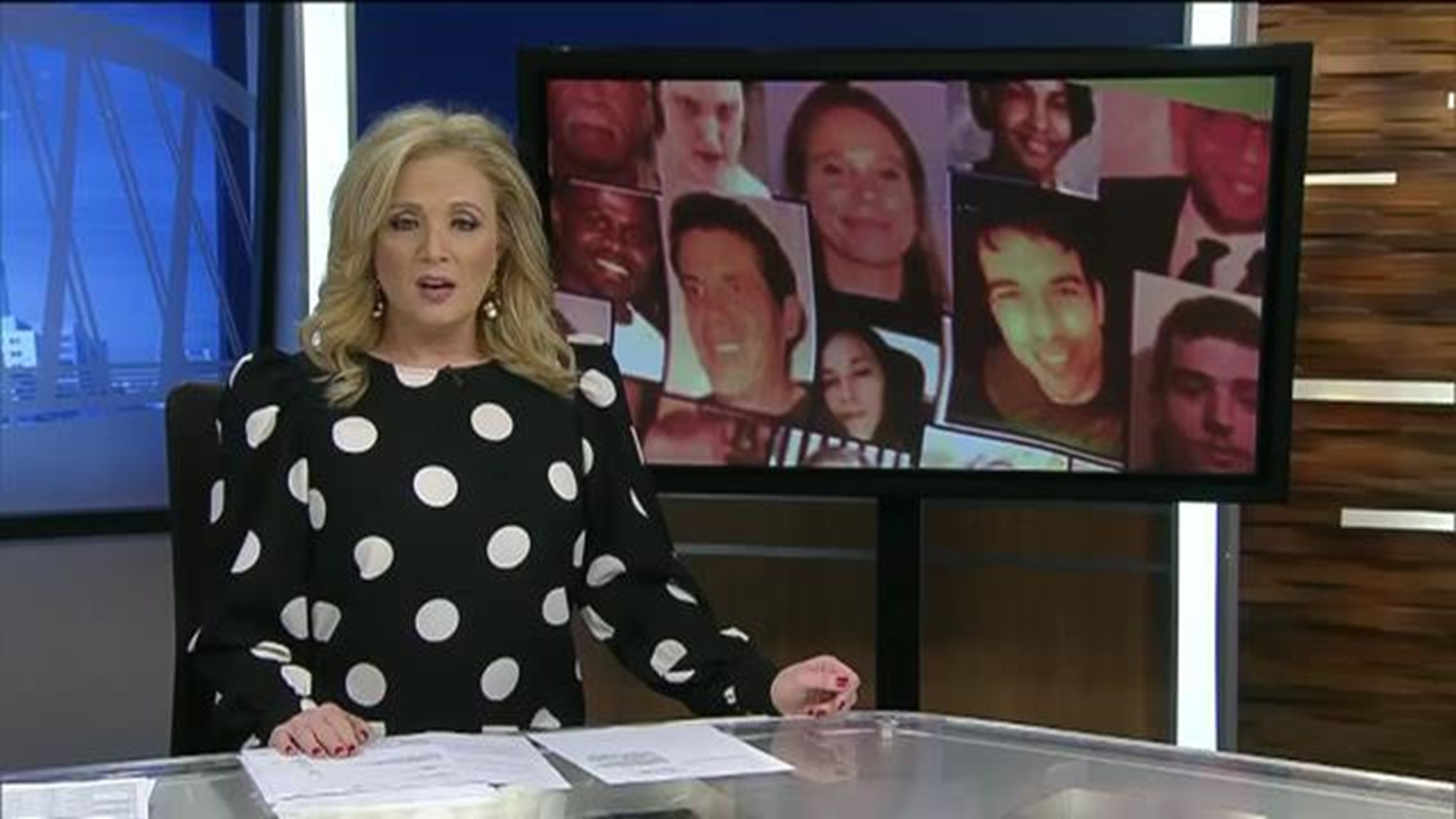 COLUMBUS, Ohio — You can find peace in the smallest of details.

Saturday evening in southwest Columbus, peace was found in numbers.

"Today, Lord, we cry out to You on behalf of our loved ones who are missing," Tammy Manning prayed.

Manning's brother, Danny Fout, has been missing since February 6, 2019.

"We have to deal with this on an every day basis," she said.

Saturday's gathering outside the American Legion on Demorest Road was for family, friends, strangers, well-wishers and anyone who's been affected by a missing person. About 100 people showed up for prayer and a candlelight vigil.

People like Aimee Chapman. Her brother, Andy Chapman, after becoming addicted to opioids, has been missing since December of 2006.

"It's been 13 years since we've had any contact," Chapman said.

It's hard to find peace. Every day, Chapman says she's calling the coroner's office or the sheriff's office hoping for any kind of an ending.

"You want resolution," she said. "You want closure. You don't want to find your loved one deceased, but you want to know what happened to them."

Wanting answers even if that ending is heartbreaking.

"Realistically, the odds are against my brother being alive," Manning said. "But, it's the closure — that's what's most important to me at this point and time."

Unless you've lived it, they say you'll never understand.

"He's the missing link in our family and we're not going to stop until we bring him home," Chapman said.

"If it's not us that speaks out for the missing they can't speak for their selves," Manning said.

Hoping the smallest of details will come forward to allow the families to find peace.

According to the Ohio Attorney General's website, 966 missing persons have been reported in the state as of Feb. 8. If you think you might know the location of Andy Chapman, Danny Fout or any of the missing persons, you can call the Columbus Police Department at 614-645-4545.

Family members of Andy Chapman have also put together a $3,000 reward for information that leads to finding him.