House Bill 463 requires insurance companies to cover autism treatments, including Applied Behavior Analysis. Only 6 other states do not have similar insurance mandates. 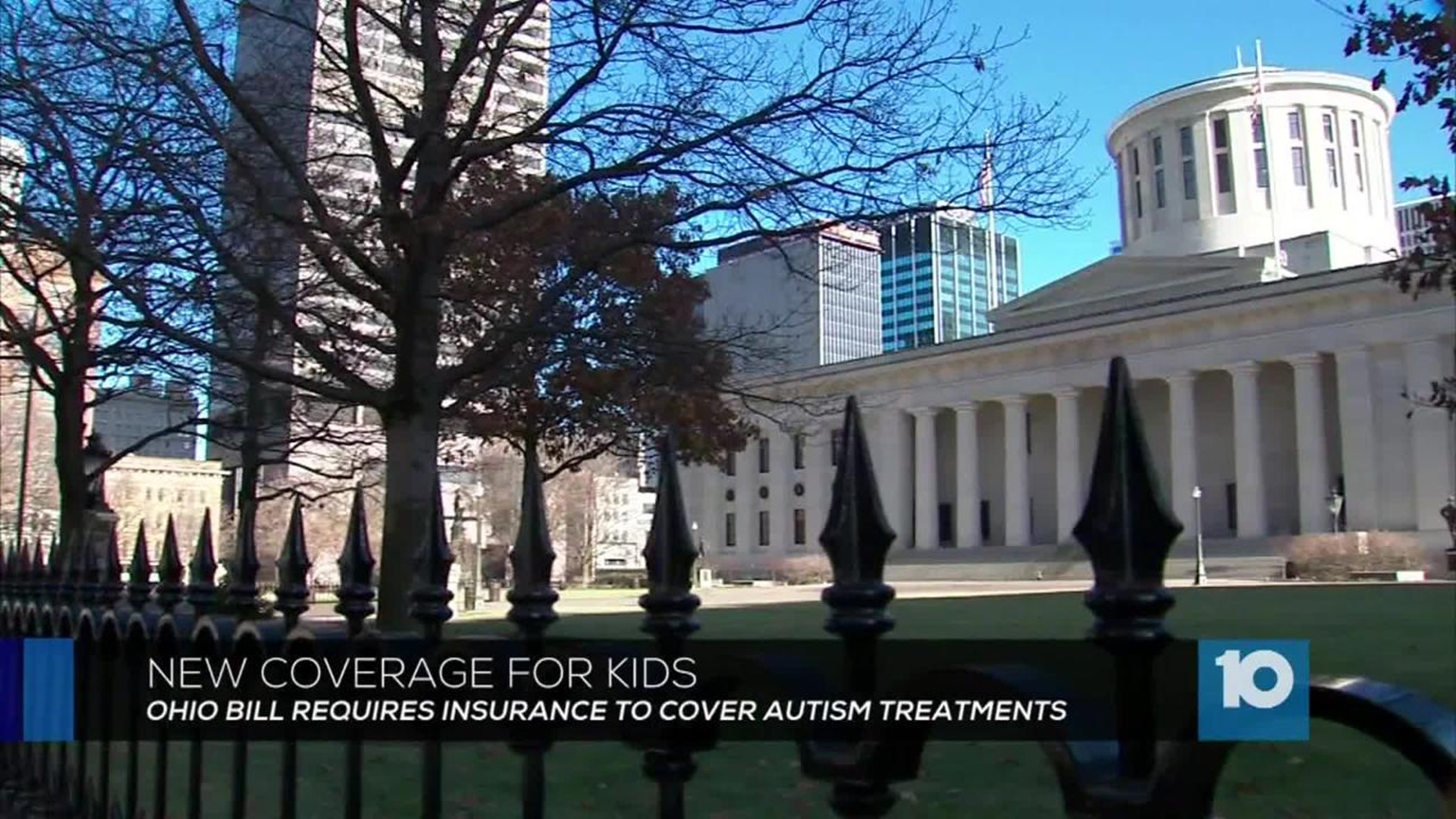 House Bill 463 requires insurance companies to cover autism treatments, including Applied Behavior Analysis. Only six other states do not have similar insurance mandates.

"It gives families access to therapies that can really, really help their children. We've seen such an improvement in Michael - from ABA," said Doug Beebe, father of 5-year-old Michael. "Not everyone has the same resources. I think a lot of kids have been going without."

"The term that I heard was - 'you're excluded.' And that's tough to hear," Doreena Beebe recalled.

"These therapies give a child the help that they need so they can have a happy, independent life," said Rep. Grossman.

"What I would really encourage families now, is get your child tested. Because now there are resources," said Marcy Ingram. Her son is on the autism spectrum.

The bill is now on the Governor's desk. Statehouse sources tell 10TV they expect the bill to be signed next week by Governor John Kasich.