In the midst of tons of fair food and fun, the Ohio State Highway Patrol is offering a daunting reminder that human trafficking is a real epidemic. 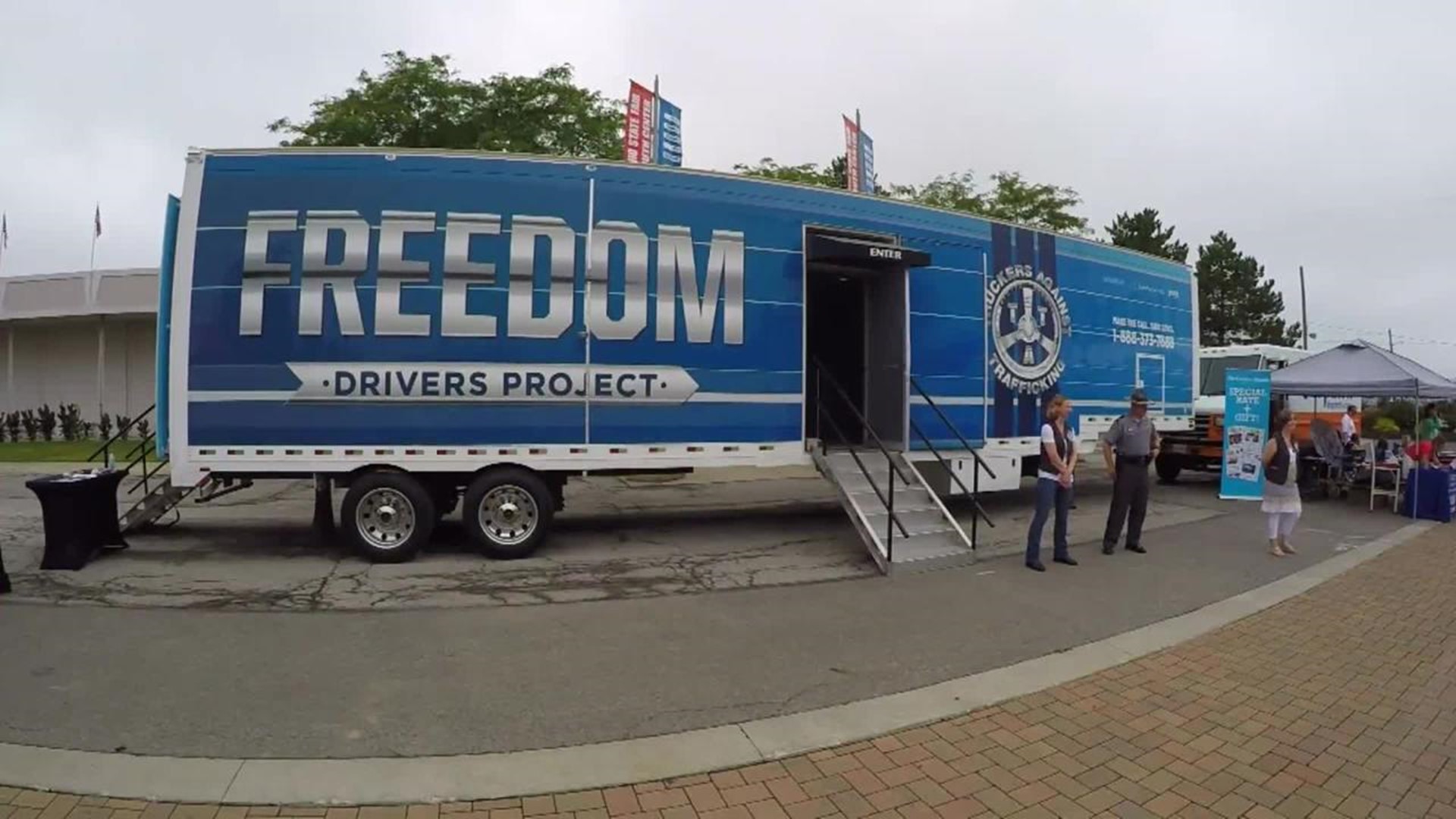 In the midst of tons of fair food and fun, the Ohio State Highway Patrol is offering a daunting reminder that human trafficking is a real epidemic.

Truckers Against Trafficking travels the country with their mobile unit informing drivers and parents about the signs of sex trafficking.

“Human trafficking is happening everywhere. When we found out about it, we were like ‘whoa, slavery still exists? We need to do something about it,’” Truckers Against Trafficking Deputy Director Kylla Lanier said.

From the outside, the trailer looks to be mostly informational. But once inside, you're pulled into an emotional experience.

“It's the oldest industry quite frankly in the world and people don't want to think that's happening in their back yard,” Capt. Mike Crispen with the Ohio State Highway Patrol said.

The mobile unit offers a video and several survival stories of how victims were forced into sex slavery.

“Some of the red flag indicators we are looking for are if someone is talking about having to make a quota, maybe they are talking about their daddy or their boyfriend that they've got to get back to with a certain amount of money…branding tattoos,” Lanier said.

Officials with Ohio State Highway Patrol asked Truckers Against Trafficking to make a one-day appearance at the fair several months ago.

Fair officials agreed with the invitation saying, “We see the fact that it [human trafficking] is a terrible problem across the country and in Ohio, and if there is anything we can do to make Ohio aware of the warning signs and risks, then we are definitely on board to help.”

Chara Spears went through the exhibit with her daughter, Holly Yurkovich. The two said they will further discuss the issue at home.

“It actually opens the eyes of teenage girls to not go for older men and try to think they’re in love,” Spears said.

As of noon Friday, more than 200 people had visited the exhibit.