Kim Hoover-Moore spent nearly two decades in prison on charges of killing a baby in her care. She was released from prison after being exonerated by new evidence. 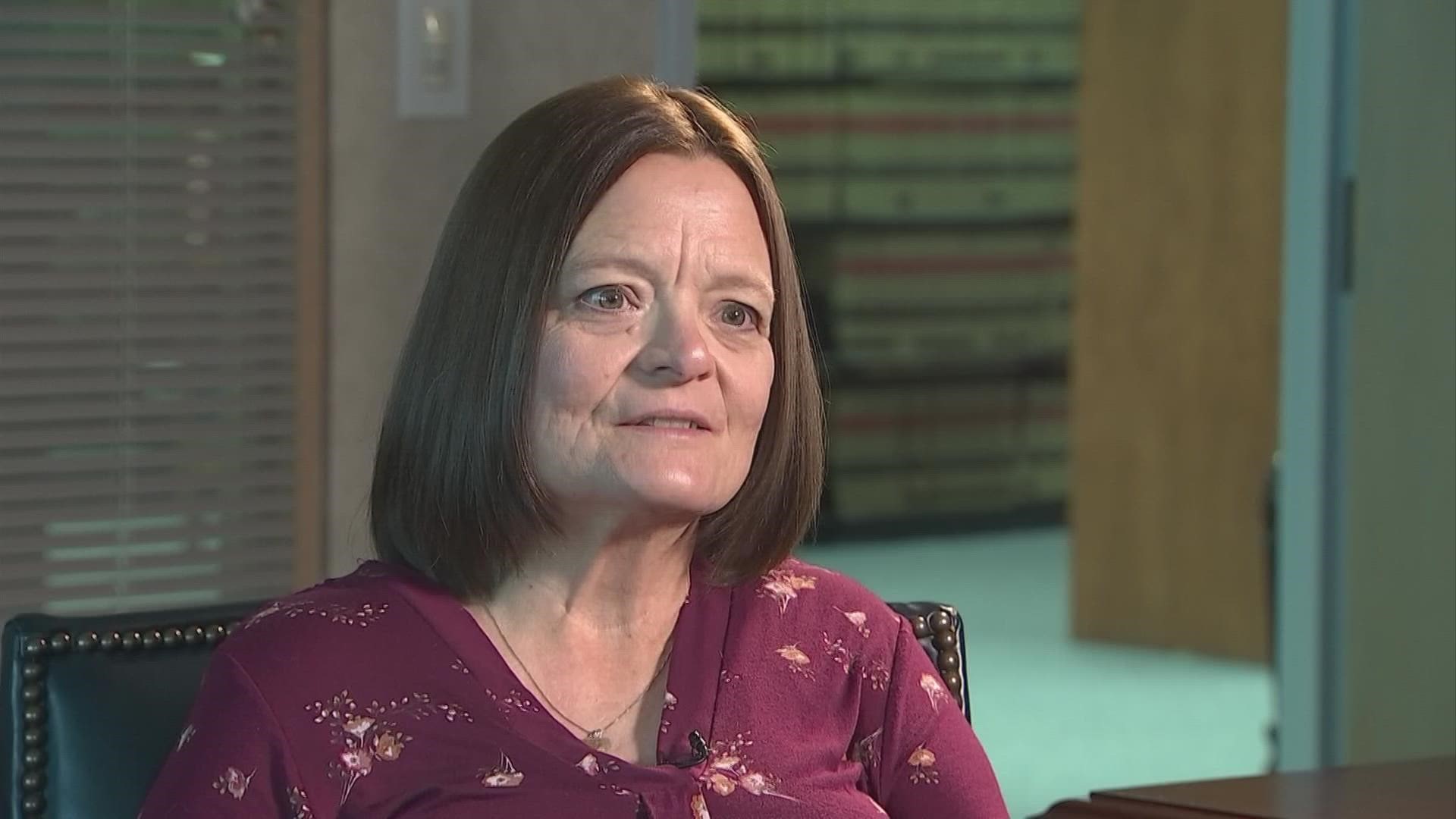 COLUMBUS, Ohio — After a nearly two-decade battle to prove her innocence, a Columbus woman is no longer a prison inmate.

She told herself, “this can’t be happening.”

“Because it had been so long and we had so many setbacks and so many things that didn’t go our way,” she said.

A 19-year nightmare of court battles and parole rejections had suddenly come to an end.

Hoover-Moore was wrongfully convicted in the 2002 death of 9-month-old Samaisha Benson who was in her care as a babysitter.

The infant died from what’s called “shaken baby syndrome,” where a child is shaken so violently it causes bleeding in the brain.

An autopsy revealed a skull fracture in addition to the brain bleed, but it took the Ohio Public Defender’s Office presenting new scientific evidence that the injuries suffered by the baby were weeks or even months old.

“The medical evidence actually doesn’t point to Kim at all, and it shows the opposite,” said Joanna Sanchez from the Ohio Public Defender’s Office. “In fact, it shows Samaisha wasn’t injured in Kim’s care.”

To this day, no one knows for sure who hurt Samaisha Benson. But, earlier this month, a Franklin County judge vacated Hoover-Moore’s conviction and ordered her release.

Jerry Revish first sat down with Hoover-Moore at the Ohio Reformatory for Women, located in Marysville, in 2011. From that day to now, there is no doubt in his mind that she didn’t kill little Samaisha Benson.

He sat down with her again now that Hoover-Moore is out of prison.

Jerry: So what do you want to do?

Hoover-Moore is grateful to be staying with family for now. She has some health issues that need attention as well. That includes cataract surgery and the need for a cardiologist following the heart attack she suffered in prison earlier this year.

“I don’t like to say this, but I was under prolonged stress for a long time,” she said. “I kept wanting to prove my innocence and when you have something like this hanging over you for a long period of time, it does bring stress.”

But that’s all behind her now. Freedom is good for reducing stress, but so would some compensation for the years of life Kim has lost.

Her lawyers say down the road, she may file a civil suit against the state for wrongful imprisonment. A condition that Sanchez says an untold number of inmates find themselves in today.

“It’s a human system,” Sanchez said. “Our criminal justice system is made up of human doing human things. Human-made mistakes. Errors happen. Science progresses. I have no doubt with the large scale of people we have incarcerated in Ohio and across country, that there are any people still in prison who are innocent.”

At age 57, Hoover-Moore plans on making up for lost time. She’s earned an associate degree from Ashland University.

She has thoughts of eventually opening up a dog care business.

You can watch Jerry's full interview with Hoover-Moore below: