Equine officer Willie was given full honors by the Columbus Mounted Traffic Unit two weeks after his passing. 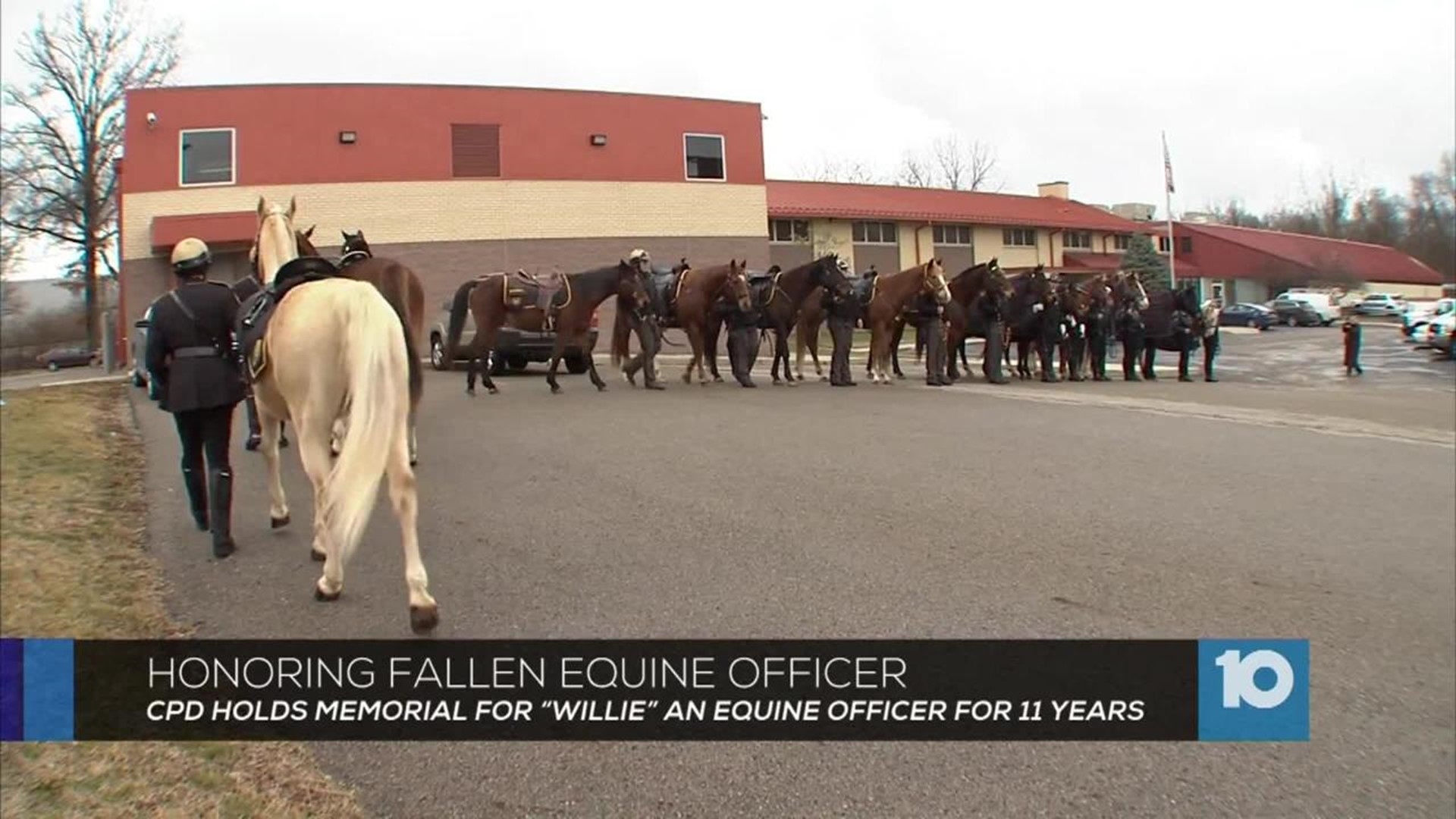 Officer John Shoopman held back tears Friday as the Columbus Mounted Traffic Unit held a memorial service for one of its equine officers.

“Sort of like the last ride,” Officer Shoopman, who was Willie’s partner for 11 years, said. “It started in the November of 2007.”

“He just sort of fell in my lap. Everybody else had a horse. There were only 4 of us out here at the time,” Shoopman said.

Before long, Shoopman and Willie began an unbreakable friendship.

“Great friend, partner, trust, always there for me,” Shoopman said.

Willie was known as one of the strongest horses on the force and a dedicated servant.

“We really developed a good partnership,” Shoopman said. “You only have a horse maybe once in a lifetime that you can really connect to and know it.”

The medical team determined Willie had a fatty tumor wrapped around his colon.

Willie passed away one week later at the age of 24.