E.J. Liddell explains how he got past the hateful messages after Ohio State's tournament lost

E.J. Liddell said he stayed off social media but he did check his messages on Instagram. He later made those messages public because he said they stuck out. 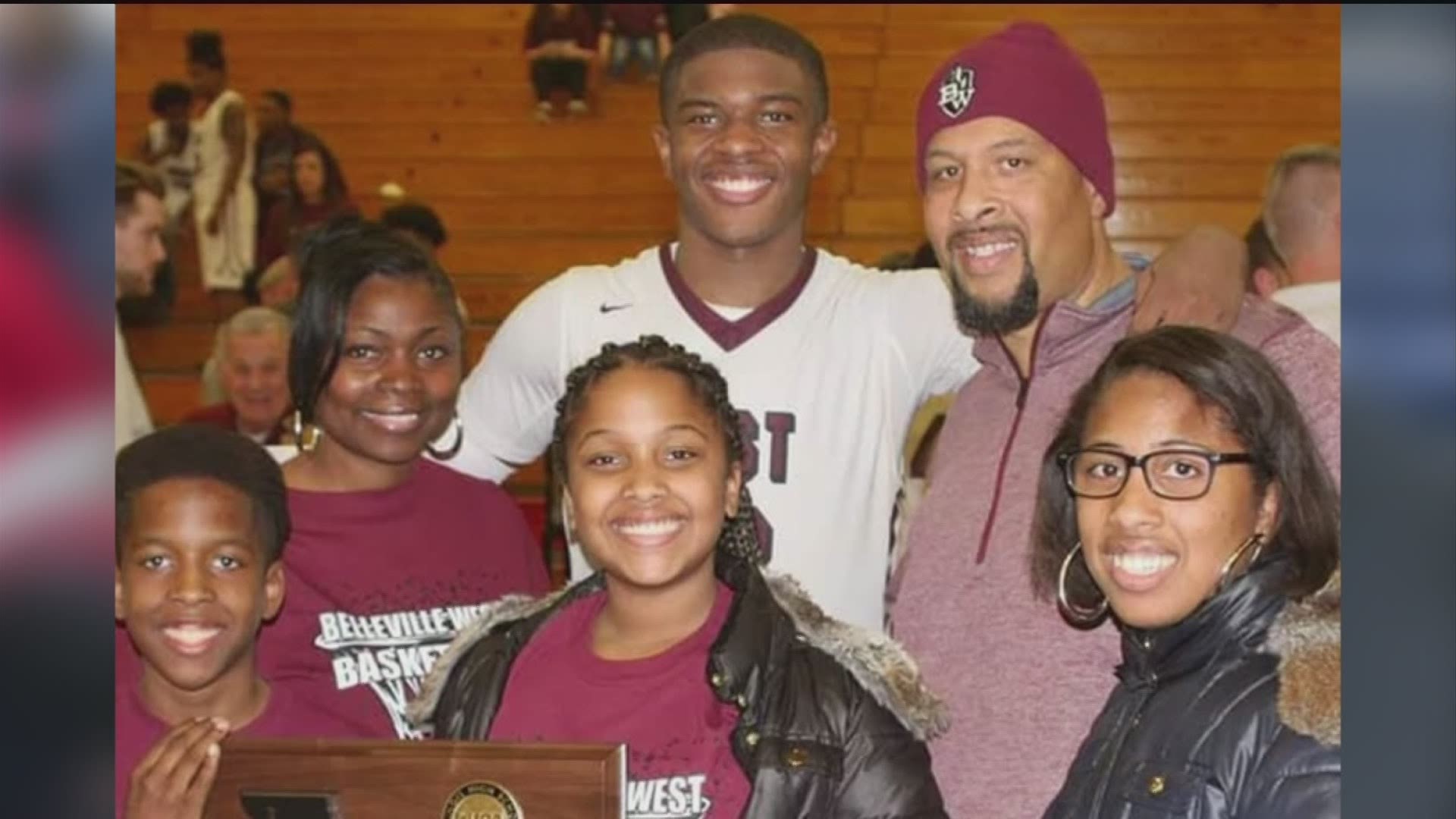 When E.J. Liddell received death threats and messages of racism and hate on social media last month after Ohio State’s men’s basketball team suffered an early loss in the NCAA tournament, Liddell knew his family was supporting him off the court.

He also knew the social media posts would deeply impact his mom. With Mother’s Day coming up, Liddell reflected on how their relationship helped get him through one of the most challenging times he’s experienced as a college athlete.

The sophomore communications major calls his mom, Michelle, a super fan, "It's like she's in the game with me and feels what I feel.”

Liddell, 20, knew his mom would also feel the vitriol directed at him on social media once she found out what happened on March 19 after OSU’s loss to Oral Roberts University. Liddell said he stayed off social media but he did check his messages on Instagram.

He later made those messages public because he said they stuck out. The experience, he said, educated him in a way no college professor could.

“For the millions of people there's also the one or two that are going to be negative…everybody is not going to be on the same page as you as always,” Liddell said.

The social media posts were angry, abusive, and racist. And, there was a threat to his life. “I just couldn't believe somebody could actually go there but also factoring in people gambling on a game,” Michelle said. “But a threat on his life? I was in disbelief. It was kind of hard.”

Liddell said once the messages were public, he knew his mother’s protective mode would come out. He said he knows firsthand that the “momma bear” phenomenon is a real thing. He also knew his family would be worried.

“I heard my husband on the phone with someone who sounded irate and when he got off the phone I was like who was that? It was someone we knew who saw what E.J. had posted,” Michelle said.

The backing from home and here in central Ohio helped Liddell navigate the news conference where he talked about the threats publicly.

“I was like ready to get in the car and go up there, but I was like I didn't know what to do because we didn't know where it came from. I just wanted to be there to give him a hug and let him know he had support,” Michelle said.

Michelle knows a lot about how to give support and can attest to the labor of love. She balances her career, marriage, and family, like many mothers do. She’s mom to four children, two girls and two boys: Erica, E.J. and twins Myah and Myles.

College athletics is not new to the Liddell family.

His parents were student-athletes at Illinois State University. His dad, Eric played football and his mom played volleyball.

Michelle said they relate to the demands of competing at the division one level. However, she didn’t relate at all to the 'hate' her son received after Ohio State's first-round fall to Oral Roberts in this year's NCAA tournament.

Liddell said he ultimately made the messages public because he wanted to use his voice to drown out the haters.

But, everything he went through is also a reminder to him about family ties and the special appreciation he has for his number one fan.

“I’m happy that I have both parents in my life. They've been there my whole life to support me, but my Mom really does hold a special place in my heart."