Edith Espinal marks one year in sanctuary, calls out politicians for "lack of help"

She has stayed in the church for sanctuary so she will not be deported. 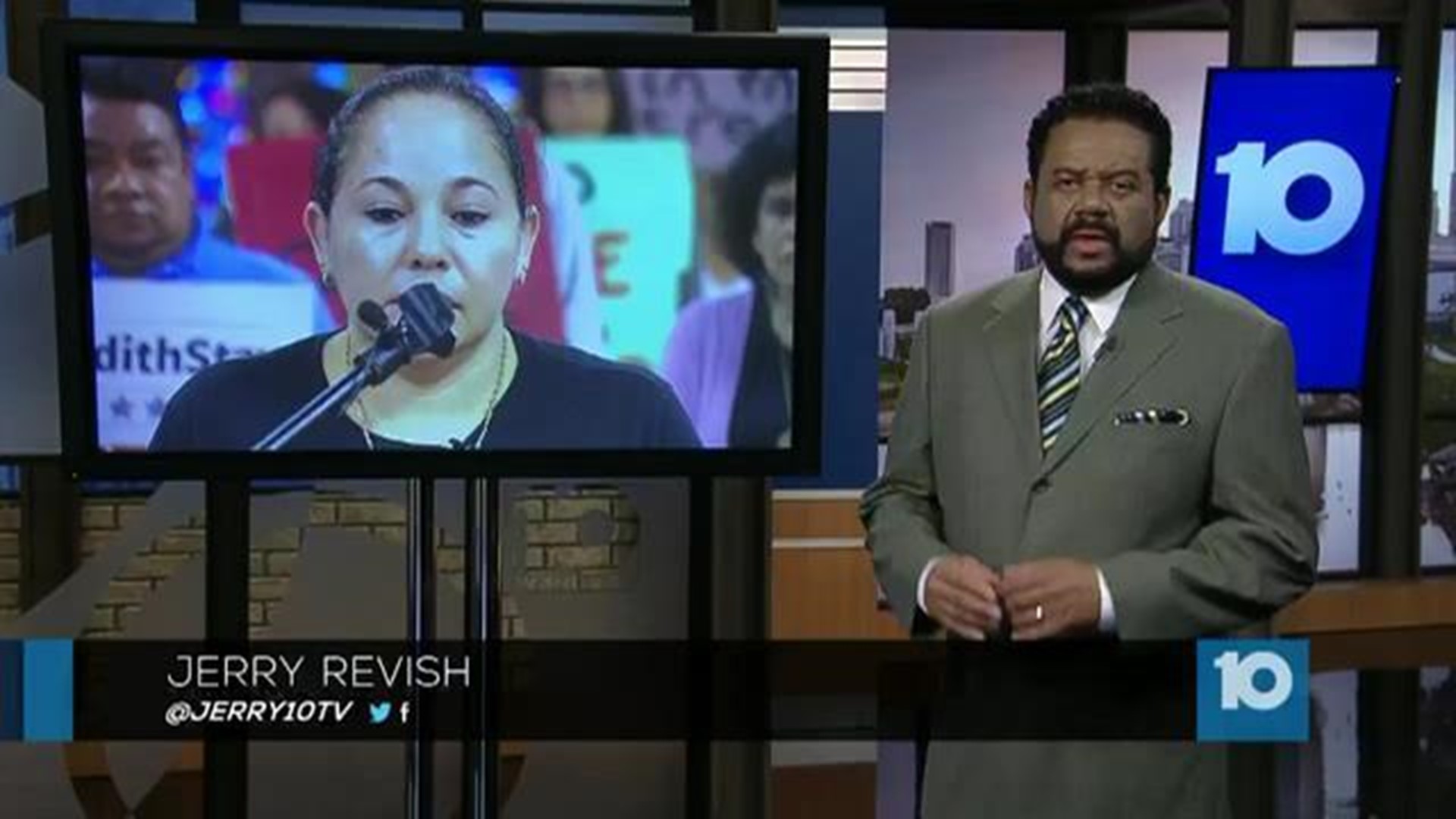 Few people will ever know the position she is in whether they agree with her or not.

"Today, I have one year to live here in this sanctuary," Espinal said Tuesday.

She has stayed in the church for sanctuary so she will not be deported.

"I think this year is the most difficult year of my life," she said.

She said most days are spent walking and talking to church members and learning English.

In the evenings she waits for her family to visit. She is thankful for them and for her community.

"The community gives me more power," she said. "[It] makes me more strong for fighting."

Espinal called out the Columbus City Council, saying many of them have visited her.

"To tell me 'We support you, we do everything for you,' but I don't see any actions," she said.

Last Friday, she said some council members came to visit her to tell her they need six more weeks to pass a possible resolution to help her.

In response, the Columbus City Council issued the following statement: “Columbus City Council continues to support residents like Mrs. Espinal to the best of our ability, but has no legal jurisdiction over federal immigration policy. Over the past year, members of Council have met with Espinal and her family several times and invited supporters to speak on the floor of Council Chambers. We believe these were the best methods to bring awareness to the complex issue of immigration. Columbus is an open city, and we believe families from around the world make it a stronger community.”

Espinal was also critical of Rep. Joyce Beatty, saying she has not done enough.

Representatives from Joyce Beatty's office say the Congresswoman continues to be actively involved in advocating for Espinal.

Last Thursday, she spoke about her and other immigrants on the house floor before she was cut off.

Beatty’s office says has been involved in Espinal’s case since May when she was contacted, and the congresswoman met shortly after with Edith and her family. The staff continued to follow Espinal’s case throughout the summer and Rep. Beatty herself discussed the case with Senator Rob Portman in August.

As for Espinal, she knows there are people out there that do not have any sympathy for her. She knows some believe if she is undocumented she needs to follow the rules and the rules say to deport her.

"They need to understand we are humans," Espinal said.

She said she speaks for the countless immigrants who are trying to live in the United States.

It is why she continues to fight.

"I'm fighting and I know I can win," she said. It is why she is encouraging the community to rise up and demand change so that others will never have to know the position she's in.