Dust may have sparked fire at Marion recycling plant

The fire was reported at Sims Brothers Recycling on South Prospect Street/State Route 4. 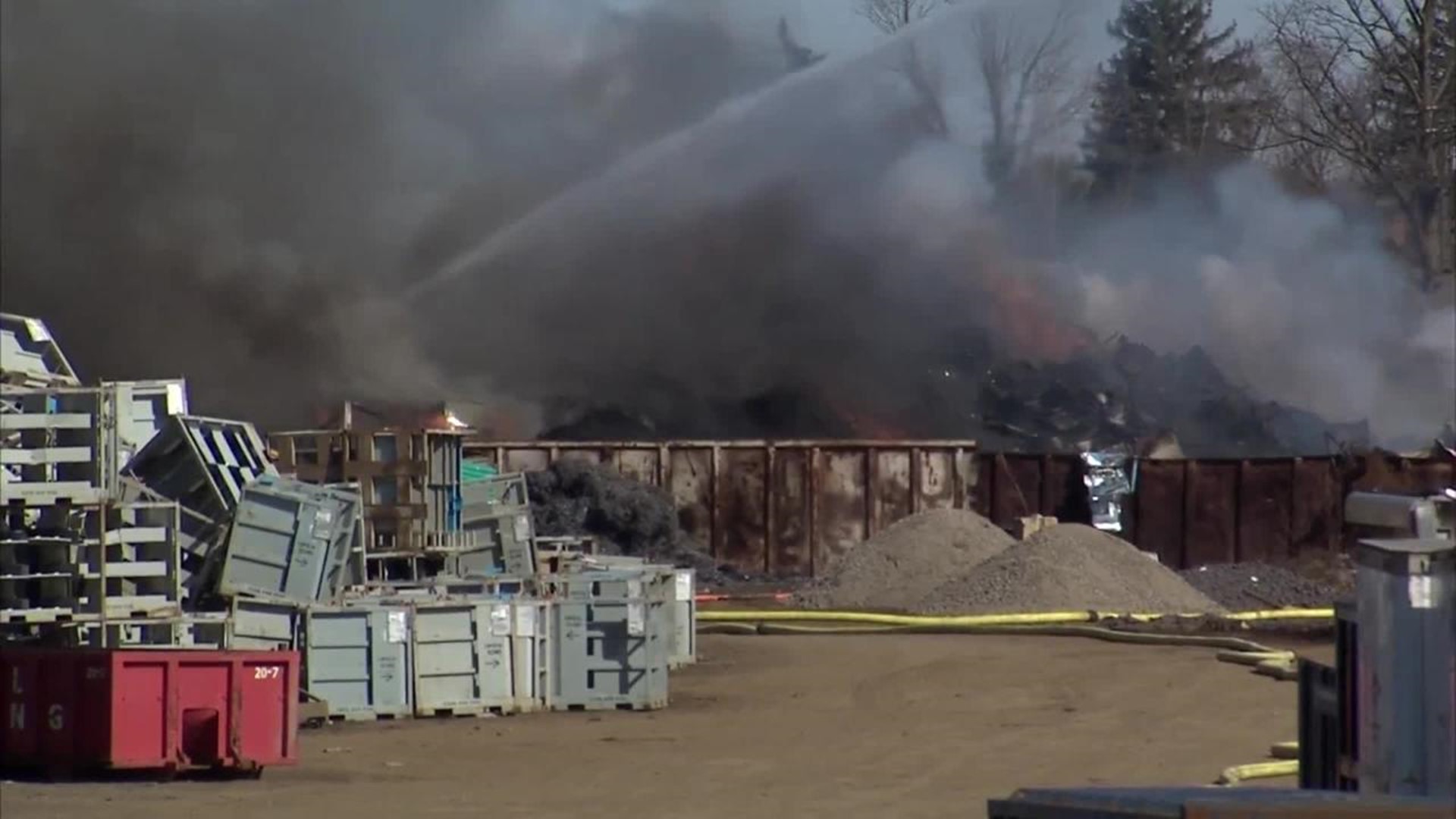 The fire was reported at Sims Brothers Recycling on South Prospect Street/State Route 4. It was discovered at 9:50 a.m., according to the company.

"The smoke, in general, is a little bit toxic but I don't think it's a health hazard right now," said Fire Chief Ben Meddles of the Marion Township.

A metal pile some 300 feet high, which included everything from cars, lawn mowers, refrigerators and metal shelving, caught fire.

"It's the paint on the metal that's burning off of it," Chief Meddles said.

Smith Brothers Recycling on Prospect Road takes in all kinds of recyclables from across central Ohio.

The fire department believes a hot ember on a piece of steel may have been the ignition source. The company's CEO went into more detail.

"Preliminarily we're told it's magnesium dust we have drums of this stuff that comes in periodically one of the crane operators may have spilled it which has fine particles and may have gone over some of the materials in the shred pile. Once it goes into our shred pile and it loses material and if ignites that's what may have put the pile up," Scott Knowles said.

About 6 miles to the west of the plant is William McKinley Elementary. Because of the low levels of toxins in the air, the school canceled recess.

"We just made the call to cancel recess and have indoor recess we can't smell anything in the building so we're safe," Assistant Principal Angela Fetter said.

Despite the heavy smoke, there were no evacuations and no injuries. The company says the incident is a learning opportunity.

"We are very, very big on the environment and safety so to have an event like this our customers and the community look to us and ask why did it happen and how can it be prevented," Knowles said.

The company said the metal shredding pile that caught fire contains metal scrap from individuals, not companies. He said workers are supposed to check to make sure none of it is combustible.

After this fire, the CEO said he will review if something was missed.

To view company violations, you can search the Ohio EPA's website by clicking here.