“We are promoting equality, inclusivity and joy around all of the bodies in our school.” 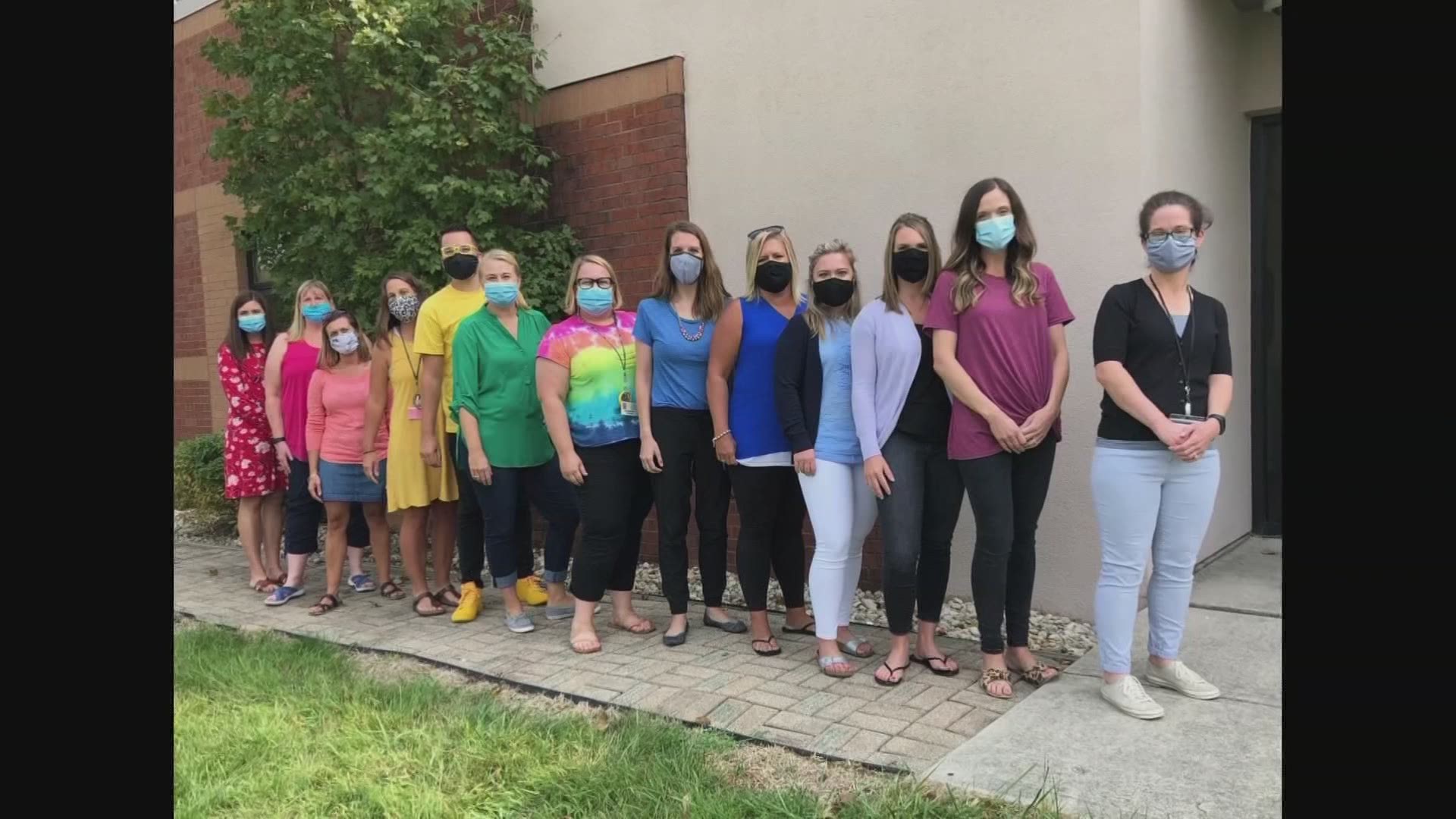 DUBLIN, Ohio — “We are promoting equality, inclusivity and joy around all of the bodies in our school,” one teacher said.

The teacher didn’t want to be identified by name but does identify as a queer, bisexual woman and an educator in the Dublin City Schools district.

On a Zoom call, Monday, she wore a white shirt with the word “EQUALITY” across the front in black letters.

She wears it because teachers recently got called out from Superintendent Dr. Todd Hoadley for wearing another shirt a couple of weeks ago.

“So much of what we do is behind those words on that T-shirt,” she said.

While applauding the shirts and the staff wearing the shirt, which said things like “Science is Real. Black Lives Matter. Love is Love” and “No Human is Illegal,” Dr. Hoadley says controversial issues on clothing, while they can be worn by students, should not be worn by staff.

“We promote inclusivity through so much of what we do,” the teacher said. “It’s through the books we read that have a dad and a dad in it. It’s through the words that I use with my students. [It’s] through the lessons that I teach.”

Even more confusing and hypocritical, she says, was Dr. Hoadley many times during last week’s board of education meeting, congratulated the board for taking what he called the “brave” action of passing two recent resolutions, which were commitments to social justice and equality in its buildings.

“It was a little bit hypocritical to say some things and continue to congratulate us and celebrate our bravery and tell us keep going and know that we’re having these conversations and in the same breath of air tell us…but do not wear that shirt,” she said.

“I have black students,” she said. “I have brown students. We have undocumented students in our schools. We have trans students, gay students, questioning students and the statistics behind our youth – the statistics surrounding depression, anxiety [and] suicide, those are not controversial. Those are statistics. Those aren’t opinions or political views. It is statistics.”

The students, themselves, she says, are also fighting back. On Instagram, DearDublinOhio, she says was created and is ran by students to showcase the discrimination, racism and diversity issues in the schools.

The district has acknowledged the page saying “We have worked hard to foster a positive culture for diversity, equity and inclusion, but there still is more work to be done.”

Regarding the shirts and clothing teachers continue to wear, the district says it is politely declining comment and interview requests.

The teacher says she and other staff members wear the shirts not to go against the administration or the board, but to let the students know they care for equality.