Police say an employee killed his supervisors in retaliation for disciplinary action. 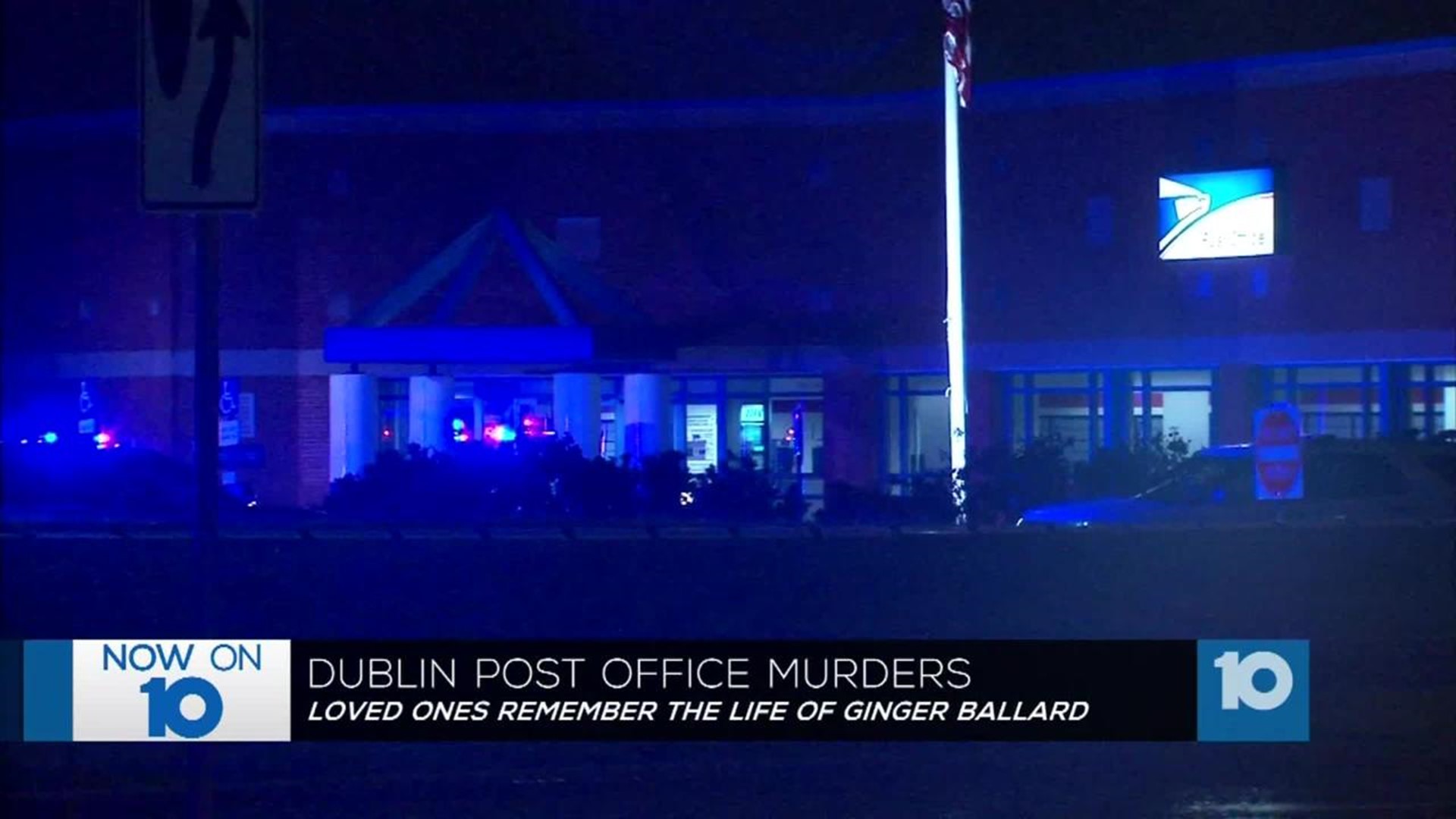 DUBLIN, Ohio -- Thursday night, friends and family came together to mourn the Dublin post master killed along with a co-worker last week.

Police say 53-year-old Ginger Ballard was attacked outside of her home by an employee.

They say the same man had just shot and killed Lance Herrera-Dempsey, a postal supervisor at the Dublin Post Office.

Ginger Ballard loved craft beer and the Buckeyes. She loved travel and adventure.

"She loved to mountain bike. We loved to jet ski. We whitewater-rafted and zip-lined," said Karen Garber.

More than anything else, she loved her family.

"She loved her Mom and Dad. She loved them more than anything," said Garber. "I don't think there was a day that went by that they didn't talk."

She and Garber met 20 years ago through their jobs with the postal service.

Through 20 years of ups and downs, job changes and relocations she was still the one.

They didn't know their phone conversation Friday would be their last.

The next day Garber got the terrible news.

Police say a gunman walked into the Dublin Post Office where Ginger worked, shot and killed postal supervisor Lance Herrera-Dempsey.
Four hours later, witnesses say he confronted Ballard at her apartment complex and threw her to the pavement, crushing her skull.

"I know my girl was a fighter. And I know that, that's how she went. I know that."

She says what took Ginger from this world was "complete evil."

With the support of grief counselors, employees at the Dublin Post Office returned to work Tuesday.

A spokesperson said "Over the past few days we have seen the finest examples of camaraderie and dedication to our customers, even during these toughest of days."

Twenty-four-year-old Deshaune Stewart is being charged federally with two counts of murder.

Investigators say he worked under Ballard and Herrera-Dempsey at the Dublin Post Office, and the killings were retaliation for disciplinary action he was facing.

The USPS said:
"We thank the Dublin community for their understanding and outpouring of support. Sympathy in the form of cards and letters may be sent to -Condolences, Dublin Post Office, 6400 Emerald Parkway, Dublin, Ohio 43016."