Three of four members of the Lichtenfeld family contracted COVID-19. The family says they wish the illness was taken more seriously. 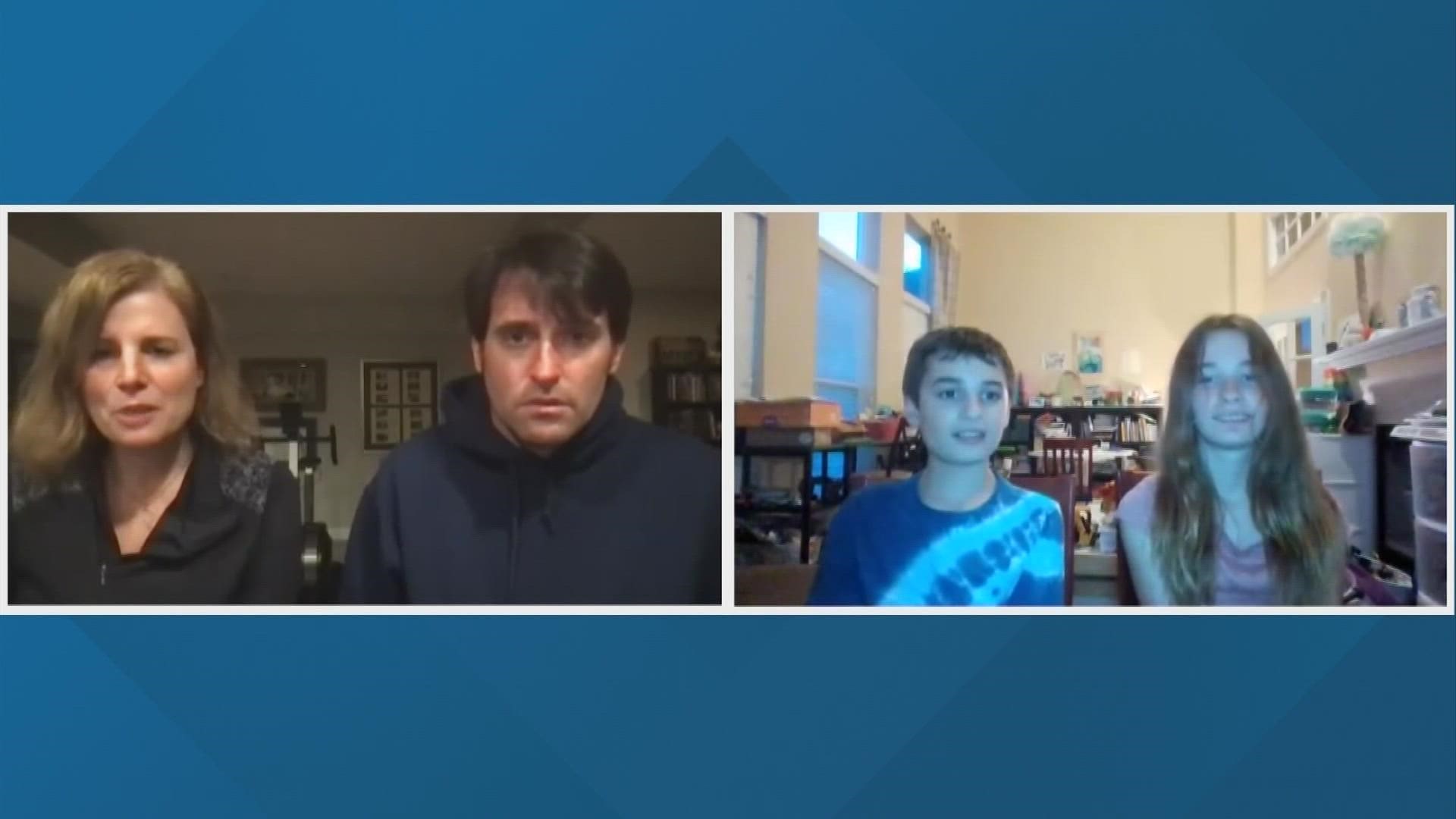 COLUMBUS, Ohio — If there’s one thing that we can all agree on, it’s that COVID-19 is a pain. Just imagine how the Lichtenfeld family feels. The family of four is quarantined.

"It's been really complicated and really stressful. We're all stuck at home but we're not together,” Eric Lichtenfeld said.

Marlowe and Eric have twins Ben and Ellie that are in the Dublin City School district. The twins aren’t yet old enough to be vaccinated.

"We were watching a movie and then I just felt like so exhausted, and I couldn't watch one more second of it and I just felt awful,” she said.

Then, Eric felt symptoms followed by Marlowe who is still feeling the grunt of her symptoms.

Ben, however, is the only one that tested negative. He’s able to be near Ellie because she recently ended her quarantine.

“It's pretty hard because I can't do really anything with anybody,” Ben said

Marlowe said she saw this coming.

“It's really disappointing overall that this isn't being taken more seriously. It is incredibly contagious,” she said.

The biggest challenge for the family has been trying to keep up with school. A reality they're not the only ones facing.

Governor Mike DeWine and state health leaders urged all schools in the state k-12, to require masks for staff and students on Tuesday.

“Since early August, we have seen a 2000% increase in cases among children,” DeWine said.

Marlowe and Eric think it's the safest move. For them, COVID-19 has caused a pain that's changed their lives too much.

"One of my favorite things in the world is watching movies with my kids. It's been hard not being able to share something so basic with the people I love so much because we can't be together,” Eric said.

Governor DeWine said if he could issue a mask mandate, he would. Senate Bill 22 prevents him from doing so.