Local drug treatment experts say it's only a matter of time before Gray Death reaches Columbus. 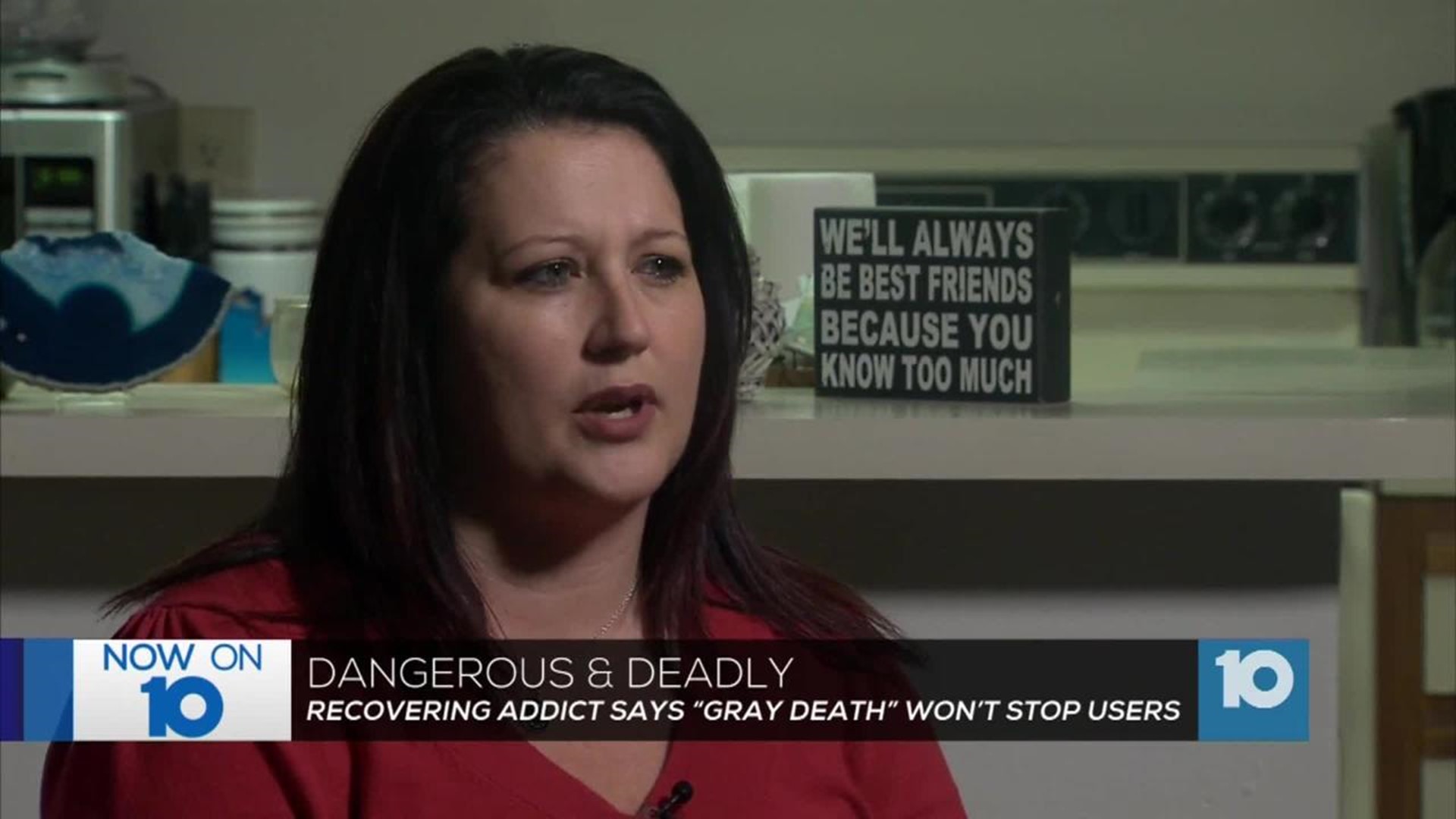 Local drug treatment experts say it's only a matter of time before "gray death" reaches Columbus. The drug is a form of heroin, highly potent and cut with opioids and synthetic drugs.

Experts worry it could lead to even more deaths than the epidemic produces every day.

A recovering heroin addict tells 10TV when you're addicted, it doesn't matter if the drug can kill you.

"I think that when you're addicted you almost welcome death. You don't want to live, but you don't know how to stop," Samantha Fellows said.

Fellows says it doesn't matter what's in it. If an addict needs heroin they will use it.

"When you're caught in the grip of addiction, it doesn't matter if something's going to kill you or not. That's not the reason you're picking up. You're not considering that," Fellows said.

"I think the desire for me to use has been lifted and I'm grateful for that," Fellows said.

She says it hasn't been easy to get where she is today. Fellows now works in health care, doing drug and alcohol prevention where she says she heard about gray death.

"I think it might take the chance of someone being able to get into recovery like I did, can take that opportunity away from somebody," Fellow said.

At Recovery Works Columbus, Executive Director Traci Mason is worried about that too.

"We're going to see deaths happen before somebody gets into treatment just because of the potency of it," Mason said.

Recovery Works Columbus hasn't seen a patient come in who's used gray death, but Mason says she's fearful an addict might not make it in to the treatment center at all.

"There's some speculation that this is Narcan resistant or it takes a lot more Narcan to bring somebody back and that's just really one of our concerns that, are we going to be able to bring these folks back," Mason said.

Gray Death has been reported in southern Ohio, though Mason expects it will reach Columbus soon.

"It's kind of a game of Russian roulette right now," Mason said.

Samantha Fellows has stopped playing that game. Now, she's encouraging others to do the same.

"You can do it. It gets better. There are people that have been through exactly what you're going through," Fellows said.

Recovery Works Columbus opened last September and has beds available for those seeking treatment. For help call 855-RWC-OHIO. Officials say they would like to open another facility in northeast Ohio.