After researching the topic for two years, the new drone program has been utilized for only the past month. 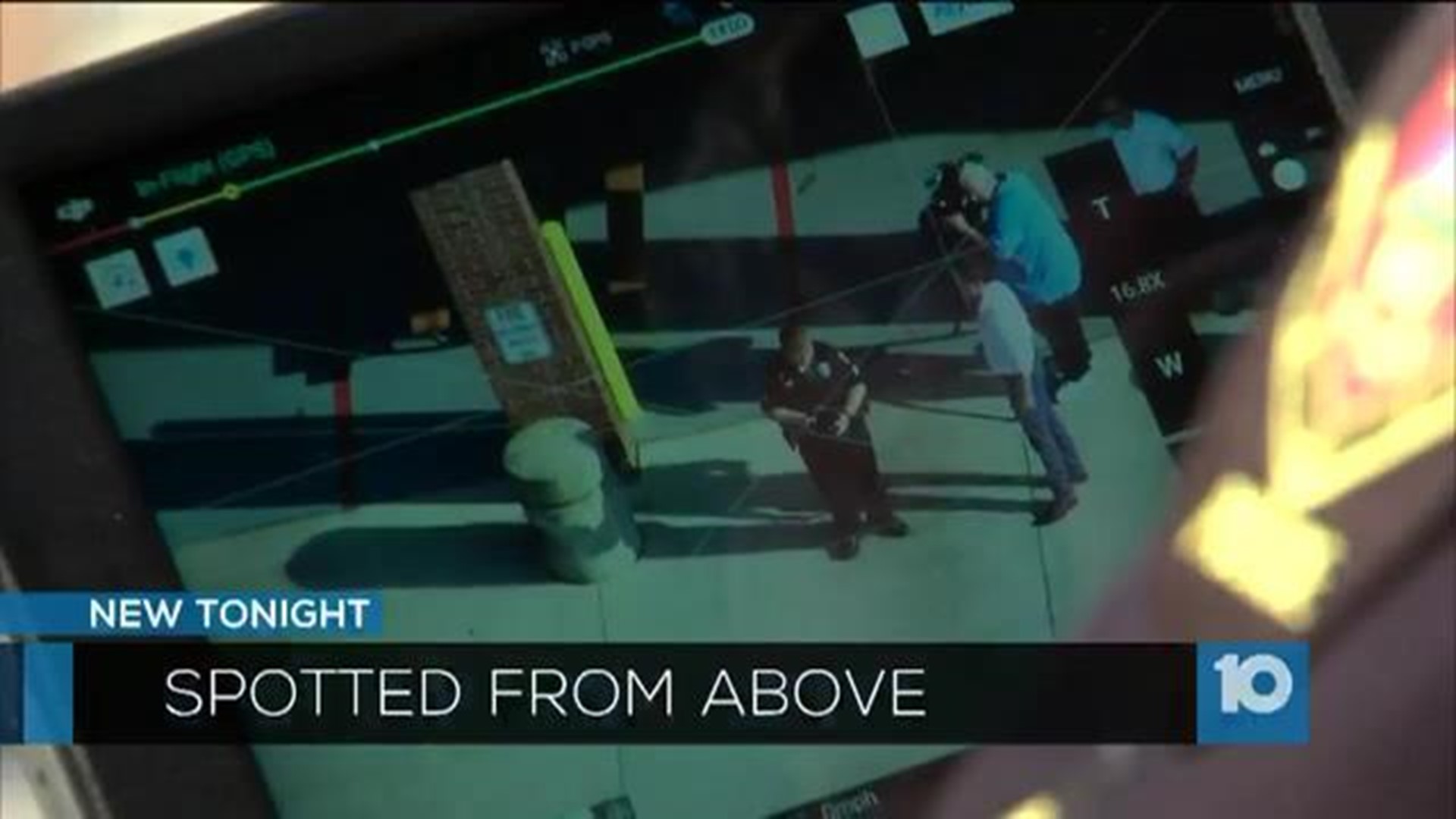 WESTERVILLE, Ohio - A new drone program in the Westerville police and fire departments has a price tag of about $34,000.

It is practically brand new.

After researching the topic for two years, the new program has been utilized for only the past month.

At a recent 4th Friday event, where thousands of people pack Uptown Westerville, the drone was put to good use.

In the midst of the celebration, Chief Miller was approached by a father who, in the middle of thousands of people, could not find his nine-year-old daughter, Hannah.

"Then, she kind of got ahead and I kind of lost track of her," Hannah's father, Tim said.

Tim said he was with his two younger children when Hannah kept darting off ahead.

When she could not be seen anymore, he said he looked for her by himself for a long few minutes.

Then, he said he knew he needed help.

"I went back and told the police officers I couldn't find her," Tim said. "He mentioned 'Hey, they got a drone right there'."

Any parent who has lost sight of their child even for two seconds will tell you it feels like an eternity.

It is what makes what happened next amazing.

Cpl. Alloway said the drone was up in the air for five to ten minutes before it spotted the little girl.

They knew what they were looking for because Tim had given officers clear details about what Hannah had been wearing.

She was a quarter-of-a-mile away back at her family's car.

"We were able to get her on the camera and be able to watch her," Alloway said.

The girl had done what she was taught - if she got separated from her family to meet at the car.

"Sure enough there she was just sitting by the car," Tim said.

Alloway kept the camera on Hannah while Tim made his way to her.

Once there, he said a gigantic hug with his daughter was the best part.

"Just a feeling of relief," Tim said. "Feeling of gratefulness, to be honest."

"I can tell you on Friday night when I saw Dad with his daughter again...it was worth every penny we spent on this," Alloway said.

Tim said he appreciates the efforts of the fire and police departments and specifically thanks the officers who stayed and played with his two younger children while he and crews were searching for Hannah.

Video of the rescue does not exist, according to Alloway, because it was not part of a criminal act.