The vehicle came to rest on top of the barriers, which can be seen in photos and videos captured by a person who was passing by. 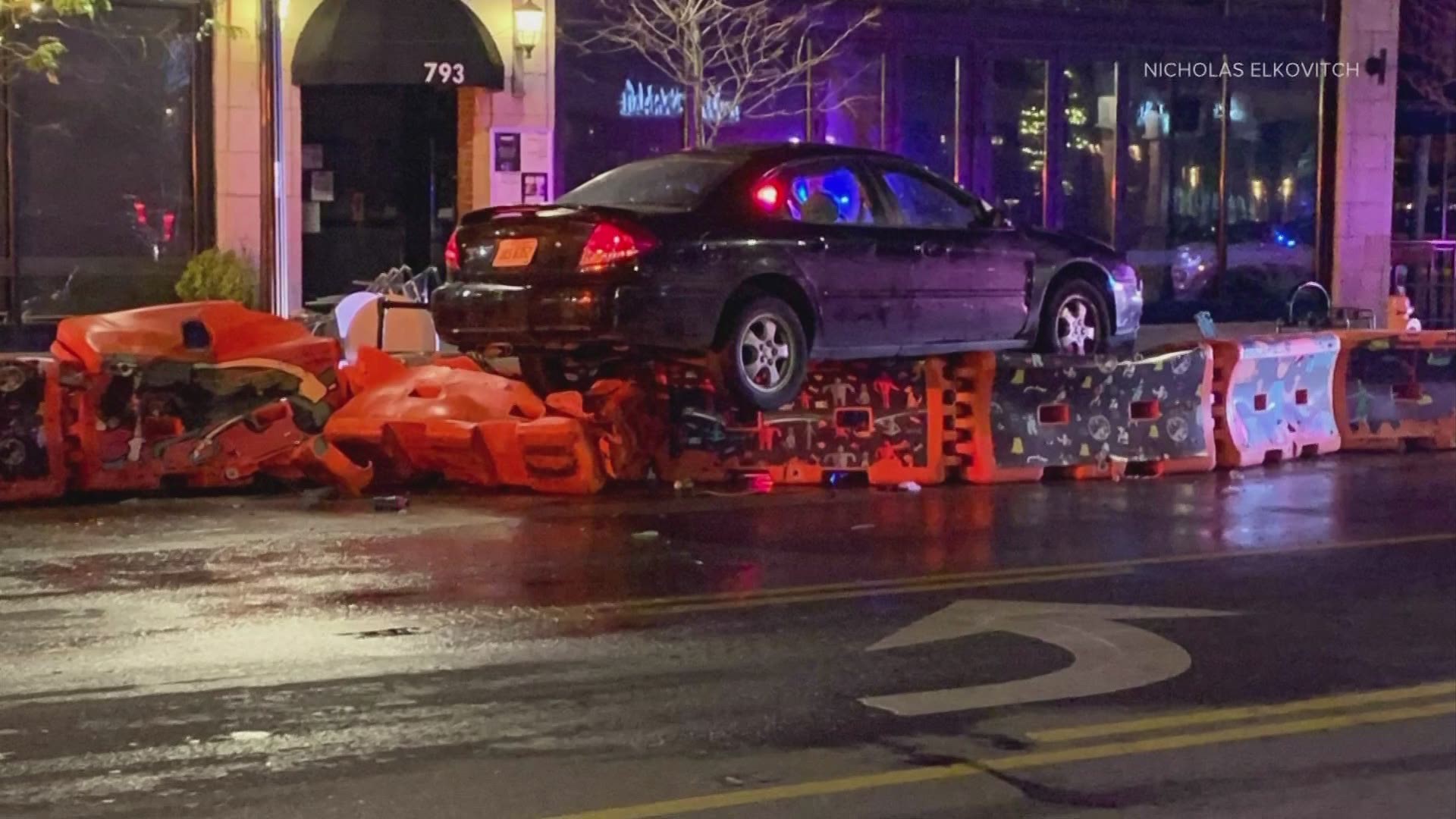 COLUMBUS, Ohio — A driver crashed into the outdoor dining area of a Short North restaurant overnight Friday into Saturday, according to Columbus police.

Police said the driver told officers “something locked up” on his car when he was traveling northbound on High Street north of downtown Columbus.

He then veered into the other side of the road, hitting the orange water barriers that surround the street seating area at Hubbard Grille, located at 793 North High Street.

The vehicle came to rest on top of the barriers, which can be seen in photos and videos captured by a person who was passing by.

The driver and passenger managed to get out of the car. The passenger was treated by medics for a cut to her face, police said.

Three barriers, two tables and a chair appeared damaged in the crash, according to police.

“We own the items outside and will need to buy some new items," said Juliet Newbury, Hubbard Grille’s general manager. Fortunately, she said they were closed at the time.

But she stressed customers should not be afraid of dining with them. In fact, they need customers now more than ever.

“We hope it does not deter people from feeling safe in our neighborhood,” Newbury told 10TV. “We have so many businesses struggling to keep their doors open and people employed in the Short North.”

So how can you help?

“The biggest impact and way to support us and all restaurants during this time is coming in to dine, buy gift cards online or order carry out,” she said. “We have online ordering through our website, curbside/contactless carryout available and are on all third-party delivery apps.”

In late August, 10TV’s Brittany Bailey reported the city of Columbus was extending its outdoor seating program for restaurants through November. Hubbard Grille was on the list of those permitted to participate.

“We know the Temporary Outdoor Seating Pilot Program has been a lifeline for many of our restaurants and bars during this unprecedented time, so extending the program made good sense,” Columbus Mayor Andrew Ginther said.