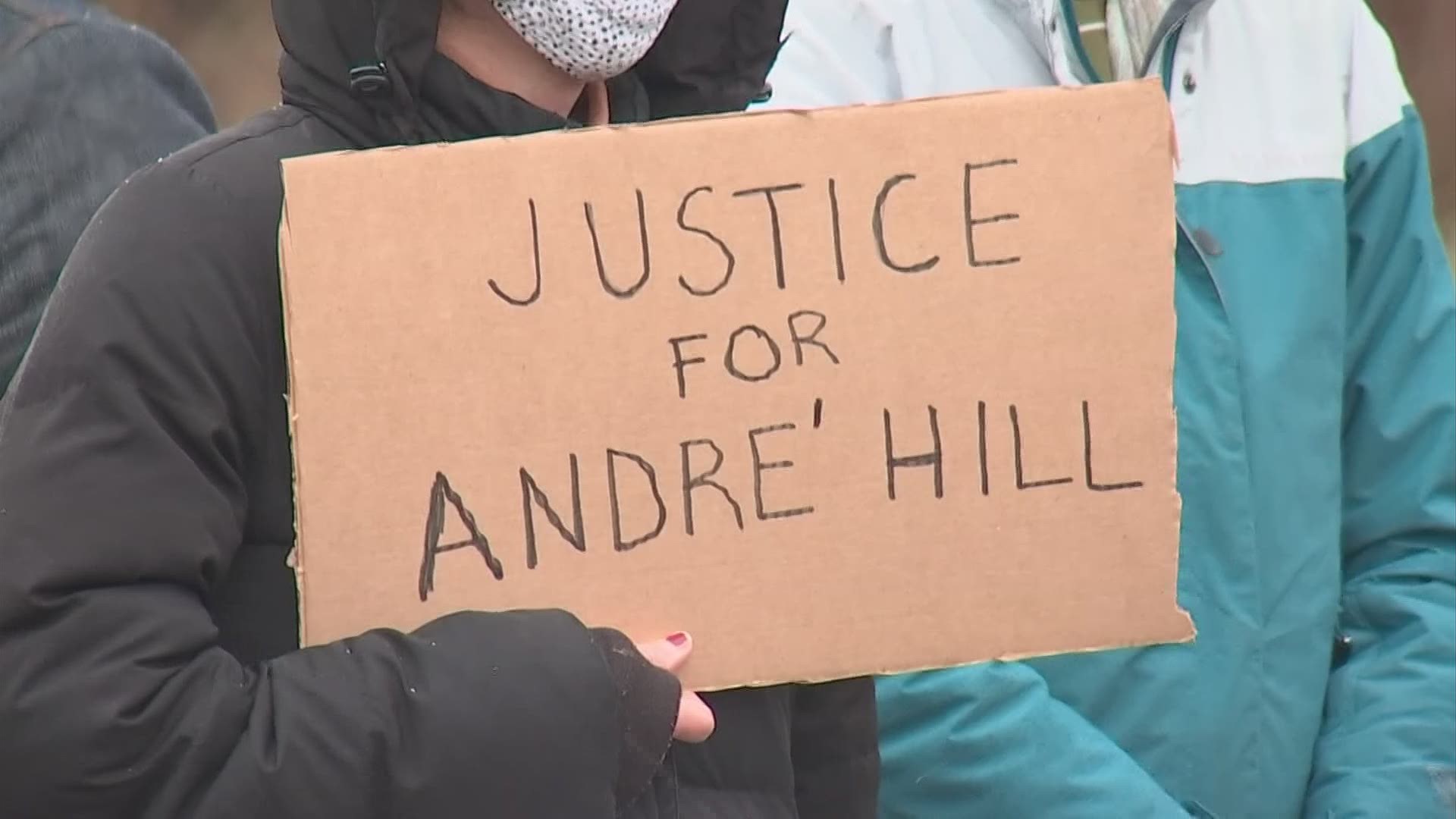 COLUMBUS, Ohio — More than 50 people marched on Christmas Eve in below-freezing temperatures to rally in protest over the shooting of 47-year old Andre’ Hill by a Columbus police officer.

This protest was organized by a neighbor in the Cranbrook subdivision of northwest Columbus.

The goal was to bring the community together to show solidarity that this kind of police action is not what citizens want out of their police department.

“I think that's what scares African-Americans in the city, in the state is the react first and not to seek out what is going on and so that is very concerning,” said Daniela Hewins.

The group marched to the corner of Kenny Road and Oberlin Drive.

Coy and another officer were responding to a non-emergency call just after 1:30 a.m. about a man sitting in an SUV, turning it on and off.

The man, later identified as Hill, walked towards the officers with a cell phone in his left hand. Coy, a 19-year veteran with the division, shot Hill.

Police body camera video captures the moment as the officer approaches, fires his gun, and Hill falls to the ground.

The footage shows that Hill did not receive immediate medical attention.

Those who came to march say the shooting was unacceptable and reforms are needed about how police use lethal force.

“That's one of the things that hurts is that you can't even express yourself and you get shot,” said Demetrius Ervin.

The family of Andre’ Hill did not attend the rally.