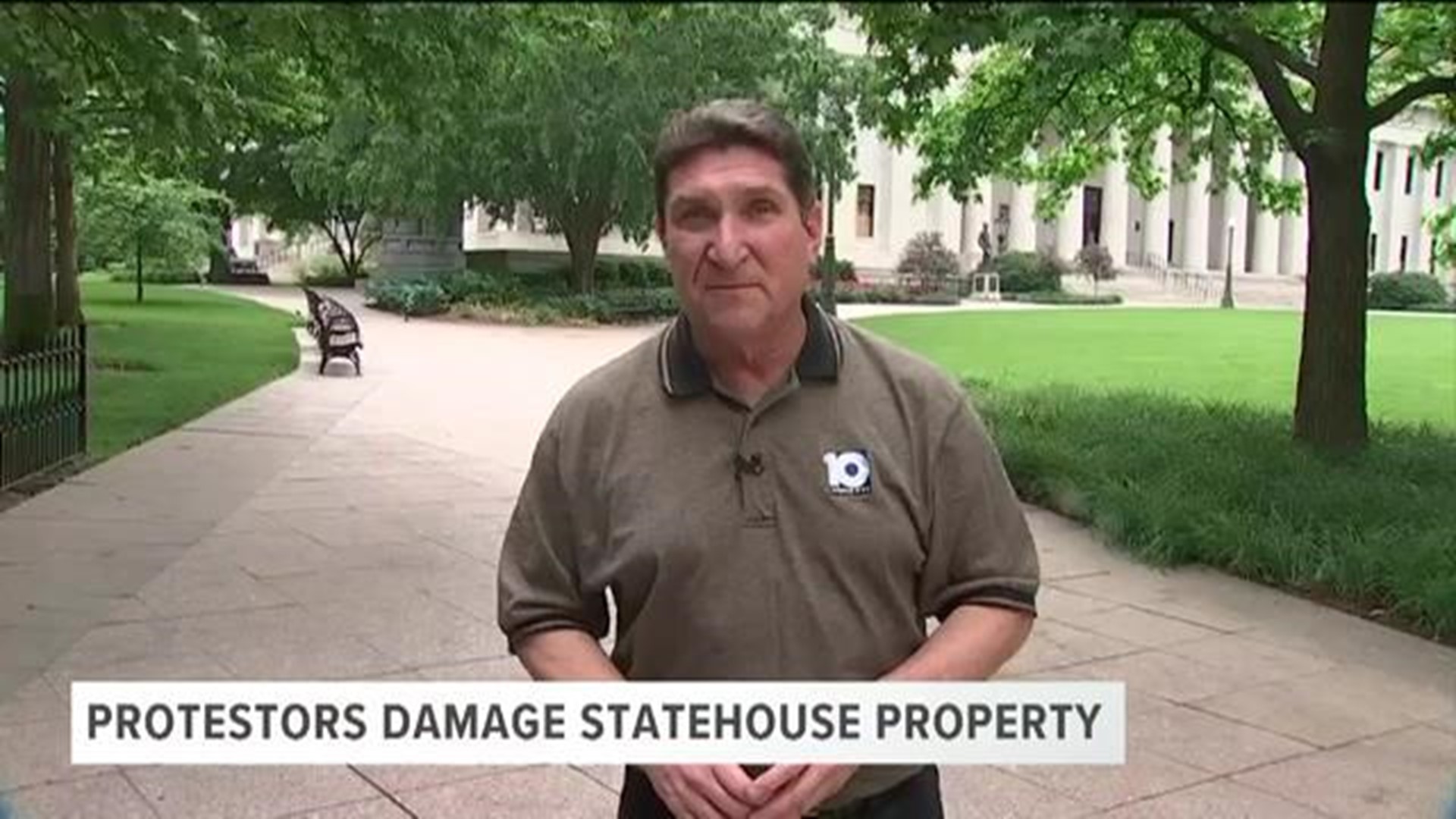 10TV spoke with people out viewing the damage Friday morning.

“It’s like a shock to me,” said Donald Walker. “Usually here in Columbus, Ohio, we don’t resort to situations like this.”

Walker has worked as a law firm security guard in the area of Gay Street and 3rd Street for 17 years.

Walker understands people’s frustration, he said, but believes the damage to businesses leads to more chaos.

Surveying the scene of broken glass and smashed windows at Poke Brothers on Gay Street, Walker said, “It’s sad and this is a small business and this business might go under because of these broken windows and stuff… We just need to turn to other alternatives to express our frustration.”

Some downtown residents also woke up to damage this morning.

The Meleca family found street-level windows broken out, as well as two of their bikes stolen.

“This is replaceable and we’re safe,” said Angela Meleca from behind the shattered glass at the entrance to her downtown home. “We hope everyone else is safe.”​

Angela and her husband David live downtown with their two kids, so they say they’re accustomed to protests.

But this protest, they’re viewing as a teaching moment.

“My first thought was this is a tremendous life lesson for our kids,” Meleca said.

As they pick up the pieces, the Melecas are reflecting on their perspective.

“Never imagined that this would have happened but there’s not much we can say. It doesn’t compare to a man losing his life,” Meleca said. “And how many times does it have to take for things to change? If we need to go through this to be part of change then that’s what we need to do.”